Searching for comfort and khachapuri in Northeast Philly. 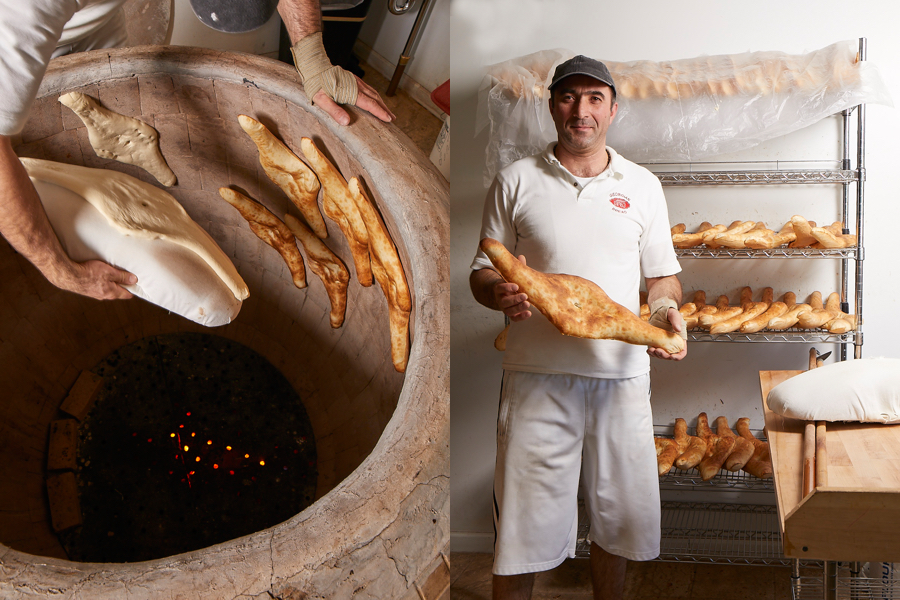 Writing about food can get dull sometimes. This town? You’ll run out of ways to describe the crudo real quick. The toast with artisanal spreads. The myriad fancy/casual mid-range Northern Italian trattorias with scratch-made pastas and a pizza oven on the side.

If you never take chances, if you never try something new, if you never move outside your bubble, you can be fooled into thinking that Center City, that Philly, that everywhere has become recursive, repetitive, with menus like infinite Fibonacci spirals constantly copying successes and eliminating risk. Oh, another hot chicken sandwich? How daring! And charred shishito peppers, too …

Order This: The khachapuri in all its variations, of course, but the adjaruli is the big draw. Then khinkali, pear lemonade and maybe a megruli khachapuri for the road.

But that’s the bias of the unadventurous. What I love about food (in this town, in any town) is the chase — is that you can get a hunger for something and go obsessive over it, pursuing it into places that can make your own city feel as alien as Bogotá or Hong Kong.

Khachapuri was that lure for me. A Georgian bread football filled with cheese and raw egg. Ancient ancestor of the bread bowl, terror weapon to the gluten-averse, a finger food for a more carb-friendly age. It was searching for khachapuri that sent me into the Northeast neighborhoods that play visually like analogs of Tbilisi suburbs or the outskirts of third-rate Russian company towns. With a friend who used to translate for the Department of Defense backing me up via iPhone and my Cold War Bond-villain wife riding shotgun, we found Georgian Bread and Cuisine. They take khachapuri as seriously as it deserves. 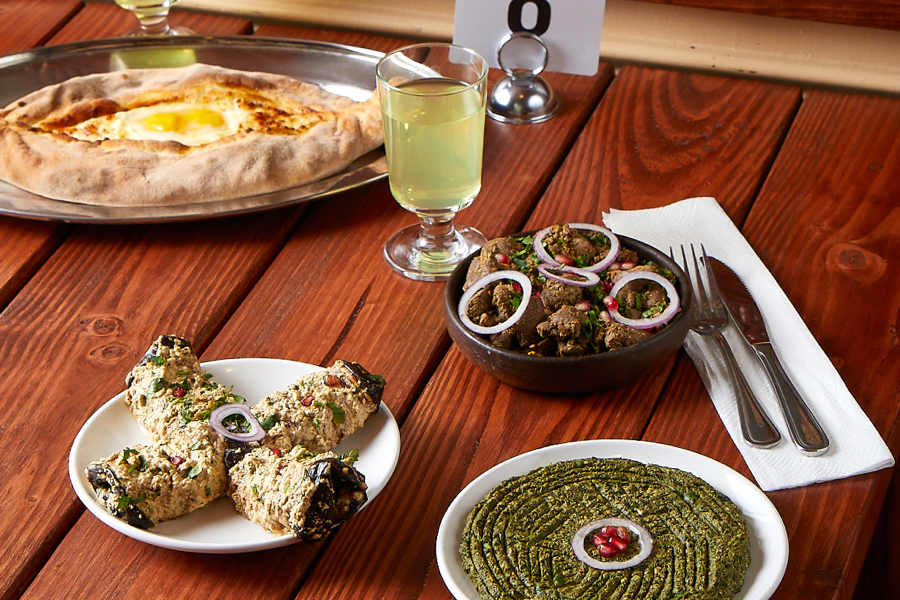 A collection of dishes from Georgian Bread | Photo by Michael Persico

In the front window, a young man in a tight tee and track pants tended to a large kiln, surrounded by racks and racks of fresh bread. Stepping around the deli counter (busy with takeout, the phone jangling) and into the dining room was like walking into a sauna. Not the wet heat, just the wood paneling and slat benches. It’s a pretty room. Fancier than you expect from the potholed strip mall outside. My favorite design feature was the mannequin in front with a furry white hat and a knife. My second-favorite was the TV in the back showing girls in Nutcracker makeup doing synchronized cheerleading moves to some of the worst pop music ever created.

“Order the lemonade,” said my phone friend, who has spent almost as much time in Georgia (the country) as he has at home in D.C. “It’s not lemonade at all. And the soup dumplings, too.”

But I was ignoring him, fascinated by the menu that was in Cyrillic, with Anglicized translations — chkmeruli, fkhali — reading like a three-for-one sale at the consonant store. When the waitress came to our table, she spoke Russian. I looked at her like a fish trying to do long division.

Every dish we ordered at Georgian Bread became my favorite dish at Georgian Bread until the next one arrived. We ordered adjaruli khachapuri because that’s what we’d come for. It arrived with a raw egg in the center, and what you do is mix it fast, while the chunky, curded farmer cheese inside the bread is still hot as lava, so that the whole mess becomes clotted and creamy and delicious. You tear off pieces of the bread. Gouge out bites of steaming cheese-and-egg. Eat until you can barely breathe.

Order the fried potatoes, too, only because they come covered in dill and they’re excellent when dredged through the khachapuri. The waitress suggested salads; we demurred, content in our gluttony. Then we ate pickled vegetables, and cold chicken served in a creamy walnut sauce, the flavor of which still haunts me like a memory of cold Christmas leftovers. Laura ordered the lemonade. There were two flavors available: pear and tarragon. We got the pear.

My friend had been right. It isn’t lemonade at all; it tasted like perfume right from the bottle. An acquired taste, he assured me — acquired young. The tarragon variety is bright green. “‘Chernobyl soda,’ they call it.” 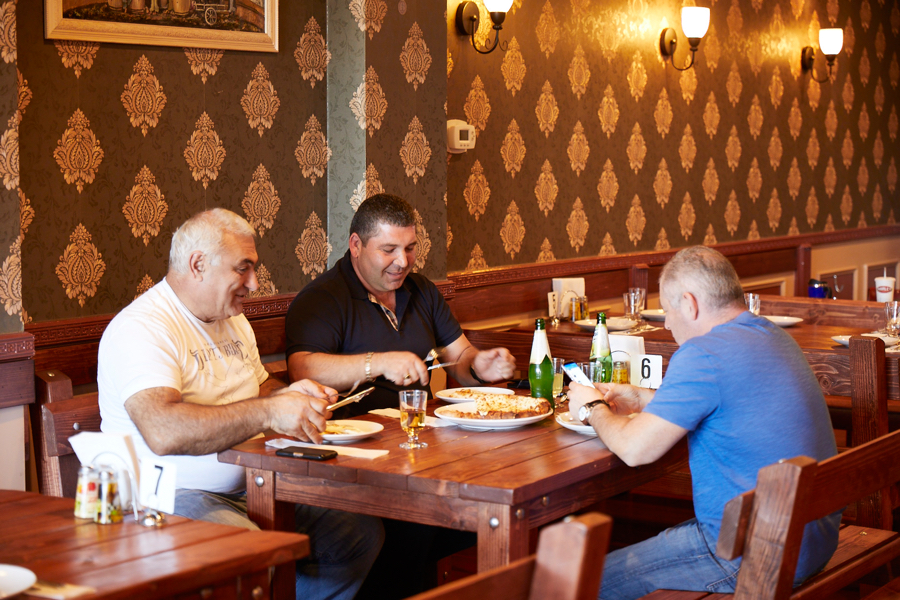 The khinkali were last to the table: Georgian soup dumplings stuffed with beef and pork and spices, the thick dough bodies heavy with broth, each the size of a fist, and a hard knob on top that you use like a handle. There were five on the plate. We notched three before pushing the plate away, full, happy, our breath smelling like meat broth and over-ripe pears.

We would come back and back, Laura and I, slipping each time into this alt-Philadelphia, hungry for its break from the ordinary. We came for charcoal-cooked kabobs dusted with sumac, for skewers of ground beef and pork, for megruli, like a pizza with no sauce, made only with cheese, butter, garlic and more cheese. On the bottom of the menu, written in English, it says, “Try something different!” And that’s good advice for when the sameness starts to get you down. When you just can’t take another whole branzino or upscaled taco. Look outside your neighborhood. Go somewhere new. Try something different.

You can eat pizza and crudo tomorrow.

Three Stars — Come from anywhere in the city