Marc Vetri has some friends in mighty high places. 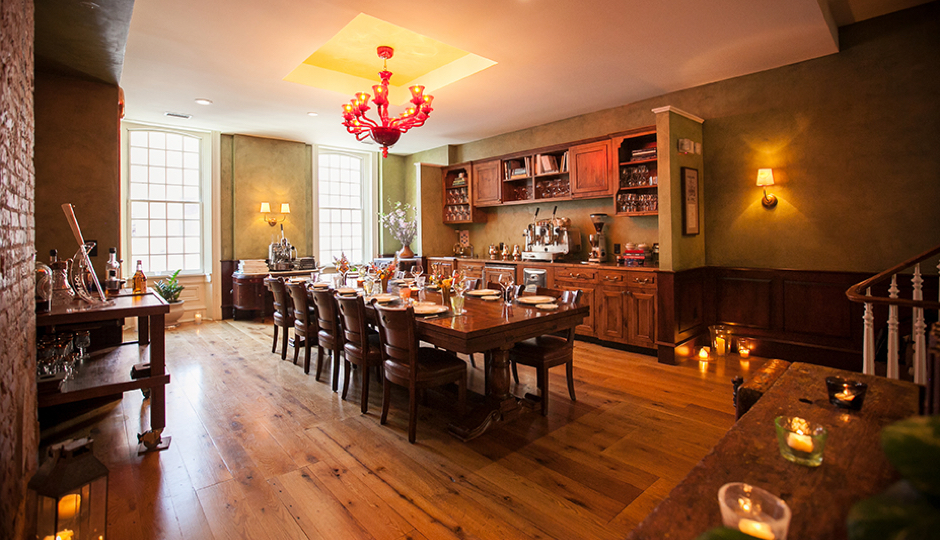 Vetri, the flagship restaurant in Marc Vetri’s empire – and the only one still under his ownership after most of Vetri Family’s concepts were sold to Urban Outfitters in 2015 — turns 20 next year. On September 22, 2018, to be exact.

And to celebrate two decades in business, Vetri is bringing in a slate of A-list chefs hailing from Montreal to Modena to San Fransisco for a series of exclusive, intimate dinners starting in November.

Seven top-tier chefs will present one-night-only menus in the restaurant’s upstairs private dining space, which means that only 18 tickets are available for each one.

Chef and author Gabrielle Hamilton of New York’s Prune kicks off the series on November 17th, with Fred Morin from Montreal’s lauded Joe Beef stopping by in January. And Massimo Bottura, whose Osteria Francescana was featured in the first season of Aziz Ansari’s Master of None and ranked as the number one restaurant in the world in 2016 — is coming next spring. Tickets are $350 for each dinner except the Bottura and Michael Symon-Bobby Flay dinners — those prices are still yet to be determined.

Check out the full slate of star chefs below — and mark your calendars for Friday, September 22nd, when tickets go on sale (look for a link on the Vetri website when the time comes to purchase).