Because no one was really expecting him to open a fine French bistro. 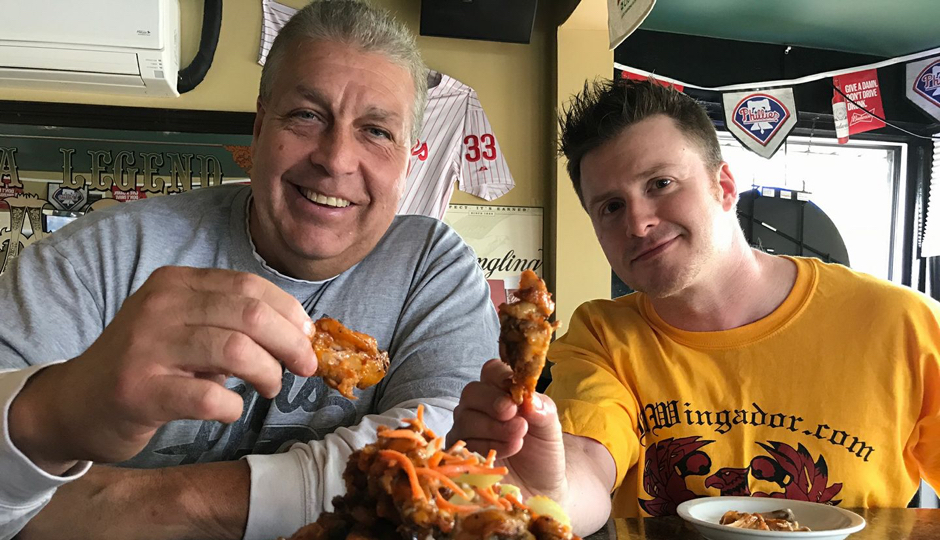 However you feel about competitive eating, being a five-time champion of WIP’s “Wing Bowl” is something worth bragging about. And Bill “El Wingador” Simmons has never exactly shied away from publicity. He has a giant chicken costume. He has arrived in his chosen arena of gustatory combat by motorcycle. While doing time on a drug conviction, he started writing an autobiography (along with co-writer and business partner Joe Vallee) called Snow On The Barb Wire, and finished it once he got out.

And now, along with Vallee and Bob Silzle (a franchise expert who operated 29 Five Guys burger joints in and around Philly), he’s making a run at the restaurant business. Well, a second run, actually. But this time, he has a plan.

Years ago, Simmons tried to establish a restaurant empire with El Wingador’s To-Go in Northern Liberties. It lasted just a few months before closing. 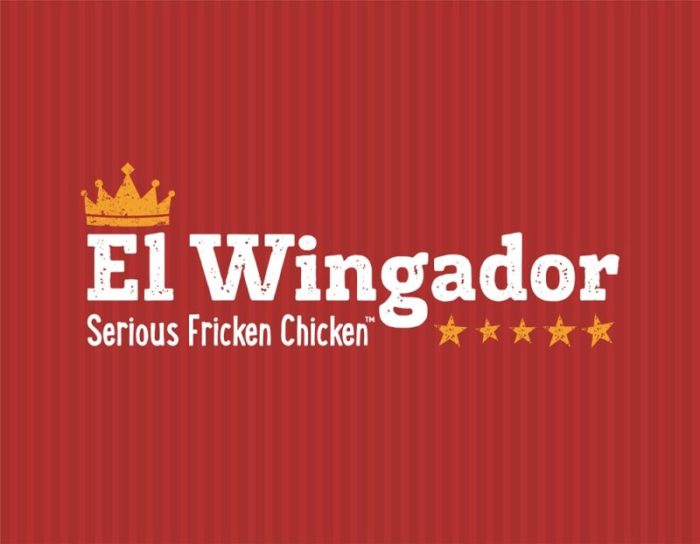 This time around, he has the help of experts and is starting things off with a Kickstarter campaign for his El Wingador Serious Fricken Chicken — hoping to raise $25,000 for “initial assets” like a logo, website, stuff like that. It will be followed by Simmons and his partners trying to raise $600,000 more in a private equity offering to build out, staff and operate their first location — which will be opening “in the Philadelphia region,” and likely sometime in 2018.

Are there Kickstarter rewards? Of course there are! For those of you who’ve always wanted to have dinner with El Wingador (at a restaurant of your choosing), all you have to do is kick in $400. Want him to host a competitive wing eating competition in your home or office? Fifteen hundred bucks and your dream can come true.

Simmons is already talking about what the menu at this (as yet wholly imaginary) restaurant will be: Mostly chicken, fried and grilled, using family recipes, plus mac and cheese, onion rings and fries, plus some sort of fried-chicken-and-donut dessert which I am not ashamed to admit I am kind of looking forward to trying.

Look, say what you will about the path Simmons has taken to local celebrity. But if you’re looking for a guy who’s an expert on chicken, maybe you want to trust the man who can eat pounds of it at a time. Personally, I’m curious to see what he can do. And if you are, too, the Kickstarter launched yesterday and still has 52 days to go.

Oh, and for those of you who don’t have the slightest idea what I’m talking about, check this out: It’s a short documentary from the New York Times done by none other than Errol Morris on El Wingador and his career as a big, hungry boy. It is well worth nine minutes of your time.