And they're celebrating their last night in the neighborhood with a party to benefit the NAACP and the Anti-Defamation League. 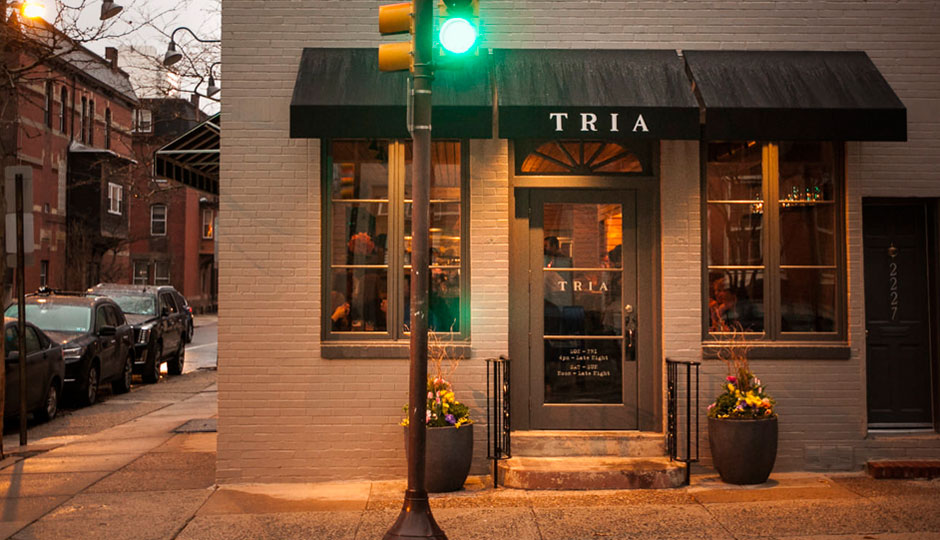 Monday, August 28. That’s going to be the final night of business for Tria Fitler Square.

But rather than making it a sad occasion, owner Jon Myerow is turning it into a party, with going-away pricing on sparkling wine, select cheeses and draft beer. Plus, they’re donating 20% of the night’s proceeds to good causes — the NAACP and the Anti-Defamation League.

“We look forward to sharing one last night with our friends and neighbors in Fitler Square, and we hope they will join us in making this occasion about something greater than ourselves. This event is not about red vs. blue; it’s about my young children not enduring the Nazism that my father fought against in WWII. For our diverse and inclusive staff, it’s about love vs. hate. There is no political ownership of kindness; it’s just the right thing to do.”

The goal is to raise two grand for the two organizations. No matter how many people show up to the party, 20% of the proceeds just ain’t gonna do it. So Tria is also having “high-ranking representatives” from both organizations on hand to talk about their good works and collect additional donations.

Oh, but that’s not all. Tria is also hosting events on the nights leading up to the 28th.

On Saturday, August 26 from 11 a.m. until 4, there will be a final Saturday Wine Market, with bottles being sold at discount prices and 3 ounce tastes of the featured wines for just $3 each.

On Sunday, August 27 from open to close there’ll be one last “Sunday School,” with deep discounts on one wine, one cheese and one beer (Sunday School will continue at both Tria Cafe Rittenhouse and Tria Cafe Wash West). Full brunch and dinner menus will still be served Sunday, and on the final Monday, Tria will serve their full wine, cheese and beer menus, with special pricing on sparkling wines, select cheeses and draft beers.