Obsidian Eats is bringing a vegan chef to the stars to Pentridge Station. 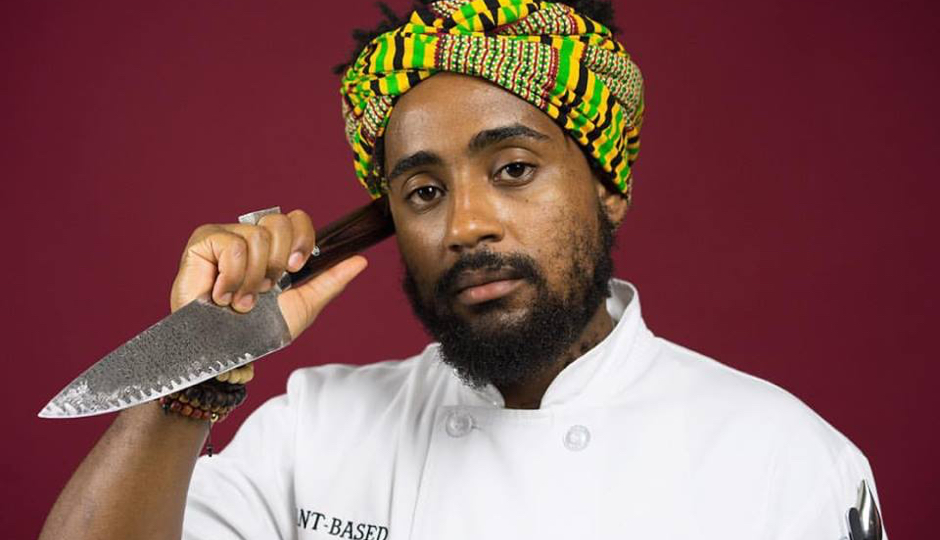 The Obsidian Eats food cart — with its plant-based takes on dishes from cheesesteaks to chicken-fried cauliflower to potstickers — has been a welcome addition to West Philly’s Cedar Park this year. And they’re bringing a star of vegan cuisine to the neighborhood for an all-day plant-based pop-up over Labor Day weekend.

Kriss Kofi, a Miami-born chef who grew up working in his father’s Jamaican restaurant, will pop up in the Obsidian Eats cart at the Pentridge Station beer garden on September 2nd.

Kofi has a pretty cool story: he worked in the United States Army as a food specialist, cooking for thousands of soldiers on special missions all over the world. During this time, he adopted a vegan diet.

When he got out of the military, Kofi attended the renowned Natural Gourmet Institute. Since then, he’s worked as private chef for high-end clients, including a gig alongside chef Bryant Terry, a proponent of plant-based takes on the cuisines of the African diaspora, for Erykah Badu.

The Pentridge Station event, which will include live cooking demos from chef Kofi, goes from 1 p.m. until 10 p.m. Admission is free; food and drink are pay as you go.