14 Must-Try Donuts At the Jersey Shore

From glazed to cream-filled, here are the shore's best spots for your morning sweet treat. 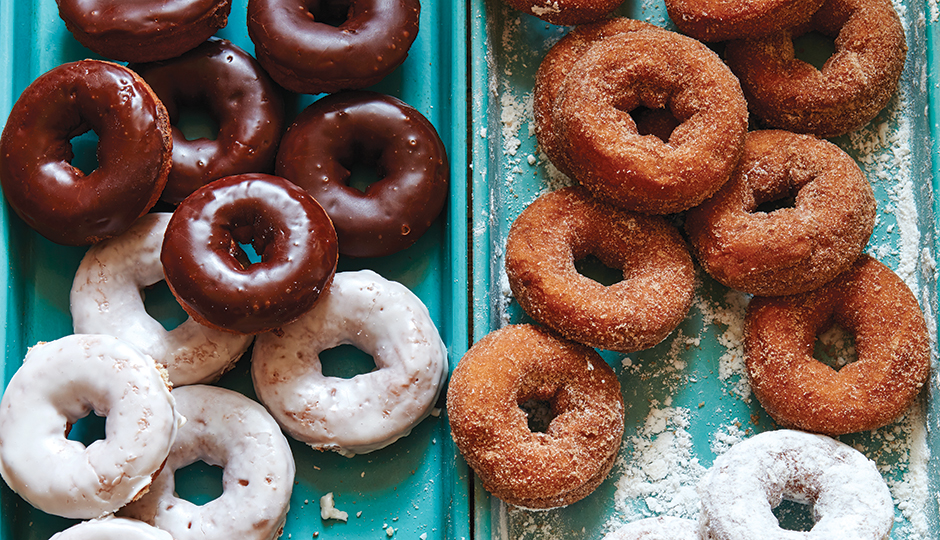 Whether you like your donuts cake-y or light as air, tossed simply in sugar or smothered in a candy-colored glaze, everyone pretty much agrees that hot donuts during a weekend at the shore are one of life’s little pleasures.

Wacky flavor combinations and choose-your-own toppings have earned this place an evangelical following since its opening in 2011. But don’t let the Instagram-worthiness fool you: These showstoppers would be delish even if they weren’t all dressed up.

The must-order: Anything that’s a special — Key lime pie or Creamsicle — or the Donut Sundae, if you dare.

There’s a new owner at Junior’s, but (thankfully) the recipes are the same — so you’ll still want to sit at one of the outdoor picnic tables and scarf down a donut before you have to bring the rest home to the group.

The must-order: Red velvet or coconut.

A relative newcomer on the shore donut scene — it opened in 2012 — Uncle Dood’s is the place for wild and ever-changing flavor combinations. Try the Werewolf Fuzz (that’s maple glaze and toasted coconut) or the Aloha Swine (topped with pineapple glaze and bacon bits). Best of all, the donuts are hand-topped to order.

The must-order: The Dirty Jerz, a savory donut topped with cheese sauce, diced pork roll, and a drizzle of ketchup.

This spot just north of Asbury Park serves up classic flavors and signature recipes named for nearby landmarks. But it’s their tall, triple-layer donuts, stacked together with cream filling, that really bring us joy.

The must-order: The triple-layer Rainbow Donut, as colorful on the inside as it is on the outside.

Brown’s is a full-service restaurant, but you wouldn’t know it based on their reputation for making some of the best donuts in Ocean City. Despite making just a handful of old-school flavors, their walk-up window is the place to score featherlight, hot-out-of-the-fryer donuts — and once you taste them, you’ll get why the long line was worth it.

It’s nearly impossible to choose between Browns and Oves, both of which get serious props for sticking with traditional flavors through the generations. But the apple cider rounds from Oves are the ones we see in our dreams. The must-order: Apple cider donuts.

Maryann Pastry is a full-service bakery, but it’s the donuts and sticky buns especially that keep regulars in Sea Isle City — and, as of a few years back, Stone Harbor — coming back every morning.

The must-order: Anything cream-filled.

This inconspicuous bakery (which is tucked between a farm and the woods on Route 50) is just outside Sea Isle proper, but these donuts are way worth the drive. Never dry and perfectly fried, they’re everything a cake donut should be. And that makes sense, since the Patterson family has been making them, in just six simple flavors, since 1971.

This full-service bakery has only been open for six years, but it’s already an Ocean City favorite. Cathy makes her signature cream-filled donuts with a signature method, slicing the donut mostly in half and piping in the cream like she’s filling a sandwich, giving customers a glimpse of the creamy goodness they’re about to enjoy.

OB-CO’s has been slinging fried dough since 1953, and the exhortation on their menu — “5AM UNITL WE SELL OUT! Call Ahead!” is no joke. While the backbone of their menu are classic donuts and coffee cake, they offer lots of uncommon fruit flavors like apricot and key lime, too.

The must-order: The crispy, crunchy, and enormous apple fritter.

Since 1949, no true Avalonian has considered the day properly started without a bite of something sweet from this iconic bakery. Just avoid 45 minutes after every hour on Sundays, when the hordes let out of Mass and head over to grab a spot in line.

This no-frills family spot serves sit-down meals — but it’s the sticky bun that draws the in-the-know locals. It’s one of Stone Harbor’s only places for fresh donuts, so to beat the crowds, go before 9 a.m.

The must-order: That cinnamon sticky bun (ask for it grilled); the vanilla cream donut.

People beg the owners to start shipping their treats across the country — Britton’s stuff is just that good. While the line moves faster than you think it will, go early, because they can sell out by mid-morning.

RSK Doughnuts
Cape May
After nine years of selling mini donuts at farmers’ markets, RSK has opened a brick-and-mortar shop. Head inside to see the cakey goodies being freshly fried.

The must-order: A bag of the classic cinnamon-and-sugar, or the maple glazed.