David Ansill Teams Up with Saint Benjamin for Jamaican Jerkfest

And they're tapping a limited-edition stout aged in dark rum barrels. 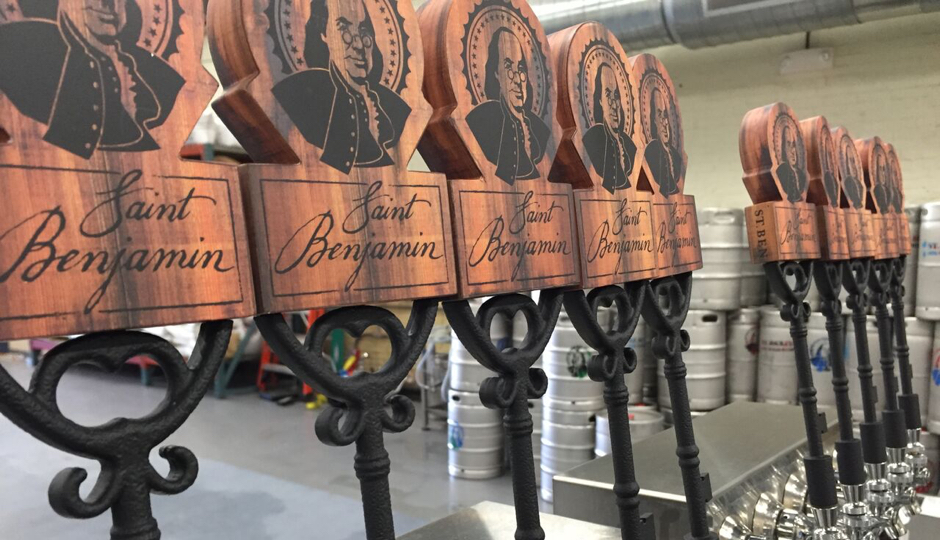 Chef David Ansill is popping up all over the place lately: soon, he’ll be at Amis, serving up long lost favorites from his fondly remembered French spot Pif.

And next week, the chef — who spent time in Jamaica a few years back — is joining Kensington’s Saint Benjamin Brewing Company for a night of island cuisine next Wednesday.

Jamaican Jerkfest goes down on July 26th. Saint Benjamin head brewer Andrew Foss will be tapping a limited release barrel of their Export Stout that’s been aged in a Maggie’s Farm La Revuelta dark rum barrel at 5:30 p.m. Brewery tours will be available throughout the evening, and musician Dave Sherrick will serenade diners on the steel drums from 7 p.m. until 10 p.m.

Ansill’s Jamaican fare will be available a la carte or as a three-course prixe fixe option for $50, which includes a 12-ounce pour of that special batch of Export Stout.

Check out the full menu below.