Want to make it in this industry? Make like Solomonov, Vetri, Turney and others: Go find yourself a BFF. 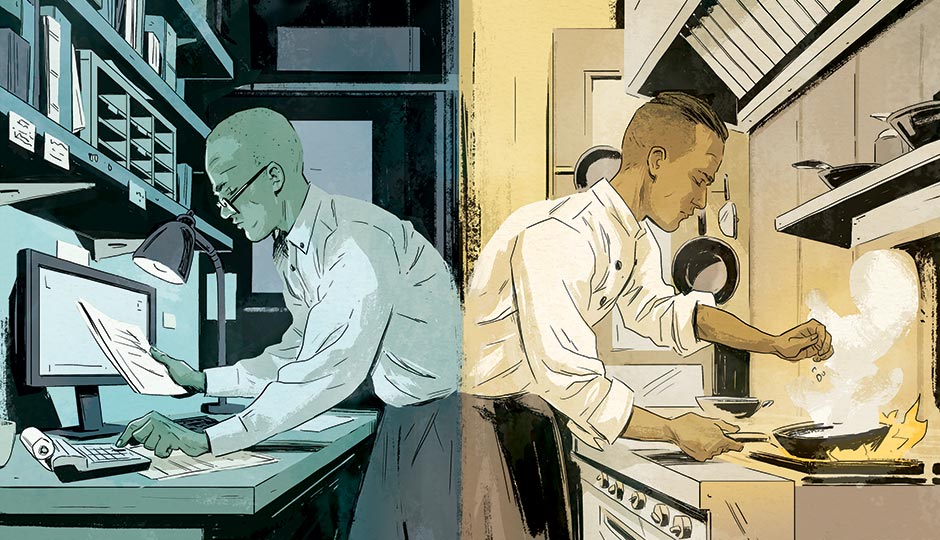 It’s no secret that owning a restaurant is hard — anybody who’s made it in the business inevitably carries an air of deep exhaustion and moments of doubt and regret. And you — the one who sweated your way up the ladder from dishwasher to exec? Despite how much you think you know (assuming you’ve got that kitchen person’s ego), you don’t know everything, and not recognizing that may very well prove your demise. Restaurants fail more often than not, and choosing to take on the challenge alone is borderline madness. The smartest move you can make: buddy up.

I mean, Mike Solomonov did it. While he’s toying with tehina, Steve Cook’s in his corner, inking real estate deals. Marc Vetri has Jeff Benjamin growing the empire so he can stuff his ravioli and build his brigade. Peter Serpico hooked up with Stephen Starr, and Midtown Village’s restaurant scene owes nearly all of its success to Marcie Turney (the chef half) and Val Safran (the everything-else half). It’s everywhere, and it works simply because humans have talents that lie in some things but not all things.

Making it on your own is possible, yes, but way harder, even with celebrity endorsements and big investors, which Anthony Marini — who won Restaurant Startup — had before shuttering his restaurant, Rarest, still very much in its infancy. Same for Top Chef winner Kevin Sbraga, who recently closed his two city restaurants in a single night. Circles chef-owner Alex Boonphaya straight up disappeared, leaving his trio of Thai eateries in the dust so he could, as the restaurant’s spokesperson put it, “work through tax concerns with state officials.”

“Chefs just want to do their food,” says Michael Pasquarello, the young chef-turned-restaurateur behind some of the city’s hippest dining rooms. “But the restaurant business is still a business — it’s no different from selling tires or a new pair of jeans.” Making food exciting takes a creativity and craftsmanship learned from years behind the line. Accounting doesn’t. And too many restaurants close because of bad business, not bad dishes.

The Farm & Fisherman Tavern’s Josh Lawler says his team of investors has certain people assigned to specific duties — someone managing finances, another assigned to HR, someone else on new projects. “It’s just too much to handle both operations and business,” he says.

This industry isn’t a forgiving one, and the room for error is minuscule. Having someone to take something, anything, off your plate is downright indispensable.

Lest you forget, even Batman needed Robin.

Published as “The Buddy System” in the June 2017 issue of Philadelphia magazine.