Tuesday Morning TL;DR: The Avolatte Is the Newest Sign of the Food Apocalypse

Our weekly round-up of news from the food world that you were too busy to read. 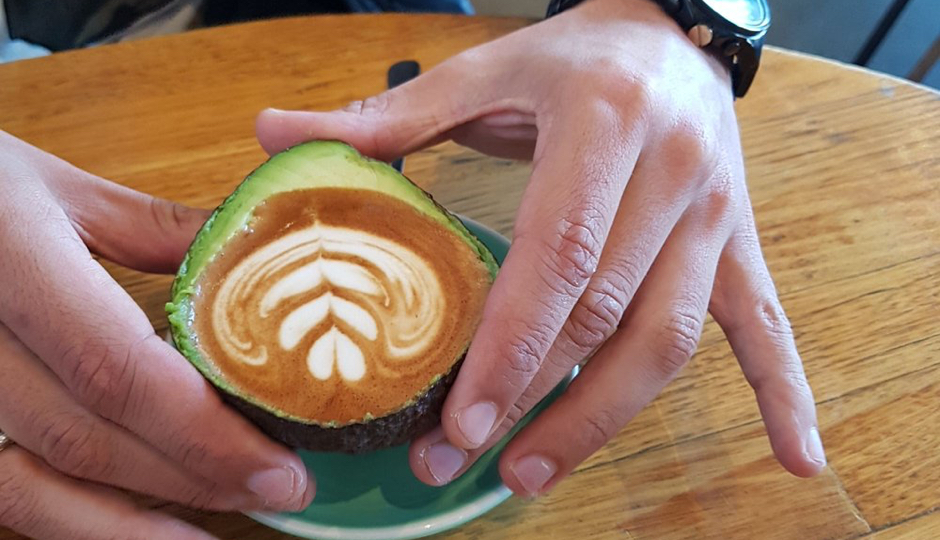 Because of the long weekend, our regularly scheduled collection of news about strippers, jet-skis and terrible things being done to bagels had to be pushed back a day. But if you’ve found yourselves here, it’s probably because you just couldn’t imagine facing the week without knowing about Noma Mexico, New York’s floating orchard, or the most recent sign of the End Times for the food world (hint: it has to do with avocados).

But let’s start off this odd week with something that’ll get you really pissed off: People talking shit about your favorite cheap beers.

I’m not entirely sure why this ranked list of 36 cheap American beers that Deadspin put together back in 2013 floated back into my social media feed again over the weekend. Maybe it was a Memorial Day thing. Maybe it was just that the internet is humankind’s deal with the devil for informational immortality and, therefore, some bullshit just refuses to die. This is a list which names Grain Belt Premium, Narragansett and Coors as the three best crap beers in America, in that order, but ranks Yuengling at #25 (behind Busch Light!) and Genny Cream Ale — the best of all the cheap beers out there, the king of regional specialty brews — as the THIRD WORST OF 36. The reason I’m bringing more light to this list though (despite the fact that it is completely wrong in all possible ways) is that it is also really funny, and on the Tuesday after a long weekend, we need to ease back into things with a laugh. As an example? Rolling Rock (which the author ranked as better than Genny Gream Ale because the world is a terrible and unjust place full of liars and damn fools) was described thusly: “Smells like three fat guys in a two man tent.” And Game Day Ice Ale as “Do Juggalos have their own special beer? Because if not, I nominate this to be the special Juggalo beer.”

Over at Munchies, they’re saying that being a waiter is more stressful than being a neurosurgeon. I’m guessing it has something to do with servers having no health insurance, no job security and the fact that they’re forced to depend on the generosity of their fellow man to make rent each month. Whereas neurosurgeons have, you know, yachts. They talk to a lot of scientists and quote learned papers and stuff, but I’m calling it right now. It’s the yachts.

For a long time, Noma in Copenhagen was generally accepted as the best restaurant in the world. Right now, it exists only as a pop-up in Mexico, being run by the same chef and largely the same crew, who are hanging out South of the border while the original Noma moves to a new address. This, of course, presents an interesting conundrum to globe-trotting restaurant critics: Do you review the place or not? Because it is a pop-up and therefore, by its very nature, temporary. Plus, reservations are nearly impossible for normal mortals to get. Jonathan Gold from the L.A. Times dives right in, weighing conflict against beauty. Pete Wells from the New York Times says no. He’s gonna skip it. “An actual review of a pop-up that sold out months ago strikes me as spectacularly useless,” he says. “It would be as helpful as reviewing a wedding.” And that is one of the reasons I love Pete Wells. But it’s their reasoning — Gold on one side, Wells on the other — that makes this a fascinating discussion. Both critics weigh the choice deeply. Both have concerns. Neither is 100% sure they’ve made the right choice. If you’ve got any interest at all in the politics and psychology of modern restaurant criticism (which, obviously, I do) then reading them side by side is the way to go.

There’s a floating food forest in New York City. And I don’t know if this is a ridiculous piece of installation art, a nice thing for the community or a glimpse into the future of sustainability. And then Strongbow Cider got involved and things got even more complicated…

Finally this week, there’s this: Avocado lattes. Which is to say lattes served inside the skin of an avocado. They’re called “avolattes” and they went from a stupid thing that some barista did in Australia to worldwide phenomenon in something like 48 hours. Because this is the age we live in and this is the price we pay. A latte in an avocado is terrible for more reasons than I can possibly list here. It is literally ruining your coffee by pouring it into trash. And it is only through Instagram and Twitter and Facebook and all the other social networks that this became more than a weird thing that one guy did once when he was bored in Australia. But hey, if you’re interested in a brief forensic breakdown of how this went from one bad idea to a million bad ideas, you can check out the whole story right here.