Is Taste in Phoenixville Going to Be a Game-Changer for Philly’s Vegans? 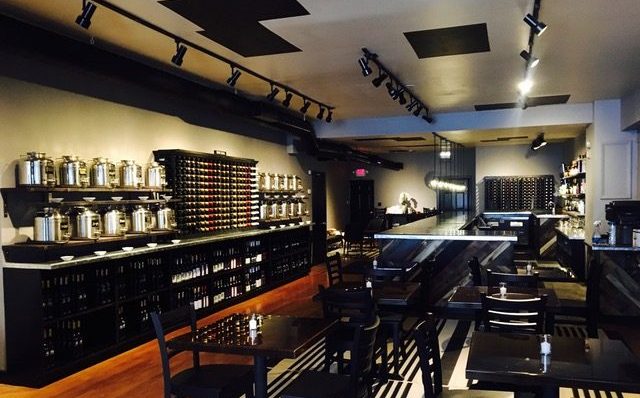 Yesterday, I got a fairly run-of-the-mill press release announcing the impending opening of a new restaurant. Taste, which is going into the former home of the Sand Castle Winery wine shop at 236 Bridge Street, is scheduled to open on Thursday, May 18, and will be a vegan restaurant, seating about 50, with another 20 seats at the bar.

And sure, a high-end vegan restaurant in the ‘burbs? That’s news. Especially one that has a bar. But that wasn’t what intrigued me. This was the line in the press release that caught my eye:

“Situated in the heart of historic downtown Phoenixville, TASTE, the former wine and small plates retail store, has been transformed into a chic vegan restaurant, featuring savory and elegant comfort food, with the emphasis on proteins.”

Now, wait. Read it again. A vegan restaurant, with an emphasis on proteins. That’s weird right from the start, isn’t it? Because that’s not the way any vegan operation normally talks about their food. But what makes that line even more important is where those (plant) proteins are coming from. Namely, the Herbivorous Butcher, one of the most talked about food start-ups of the past couple years.

For those of you who don’t know, the Herbivorous Butcher is a Minneapolis-based shop that operates exactly the way it sounds: like a butcher, only producing nothing but vegan proteins and cheeses. They’ve been a big deal for a couple years now, being written about by everyone from the New York Times to the Guardian. The Huffington Post has had their say. Ditto NPR’s The Salt. Hell, even Guy Fieri has dropped by in his Triple-D douche-mobile which, oddly, is kinda where this story really begins.

See, a while back, managing partner Chad Sletten was getting ready to go to work one morning at Sand Castle Winery in Bucks County. Originally from Minneapolis, he tells me he heard his hometown mentioned on the news and watched a story about this brother and sister team, Aubrey and Kale Walch, who’d started an all-vegan butcher shop. “As a reluctant vegan,” he told me, “[it was] really difficult for me to find something that I truly love. I’d had plenty of things I liked, but nothing that I loved.” 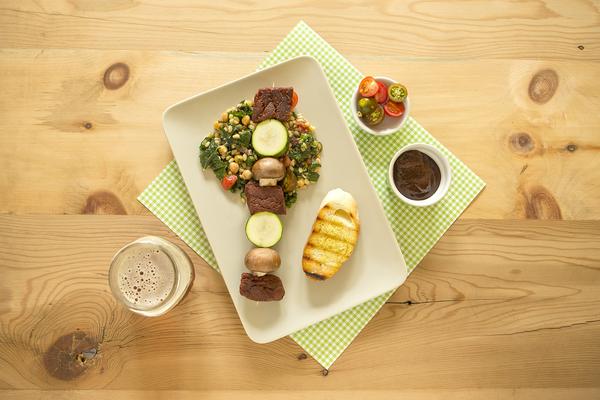 He was also in the middle of trying to re-conceptualize the Sand Castle Winery shop in Phoenixville — wanting to turn it into something better, something that was missing from the area. What he wanted was the kind of vegan restaurant he was looking for and never able to find, with food that would satisfy both the carnivores and leaf enthusiasts. With a full bar and dishes paired to the wines and cocktails being offered. A restaurant where he could eat steak and ribs and sausages without having to eat, you know, steaks and ribs and sausages.

And yes, I know what you’re thinking. Because I was thinking it, too. When has this urge among vegans and vegetarians to make faux-meat versions of meat-centric dishes ever gone well?

Never is the answer you’re looking for. In my experience it has never ended in anything but disaster. Start out with this idea in your mind and the best thing you can hope for is a product that tastes almost-but-not-really like the thing you’re trying to copy. No matter what you do, your tofurkey or seitan cheesesteak is going to be a pale imitation of the real thing.

But look. I’m a super-nerd when it comes to food. And as much as I have hated virtually every attempt made by anyone at turning a soybean into a cheeseburger, that doesn’t mean I haven’t held out hope that someday, somewhere, someone was going to get it right. Because if someone ever does? Well that’s the ballgame, isn’t it? If someone can figure out a way to make a cruelty-free, renewable resource like a goddamn plant taste like a steak — make it chew like a steak and grill like a steak and have the flavor and texture of a steak — then that’s world-changing.

And there are people out there who think that the Herbivorous Butcher has done just that. People like Sletten.

“To be honest, I was a little skeptical, too,” he tells me once we get to talking. But he did his research. He asked the important questions: “Can we do this? Can we treat it like meat?” And then he flew out to Minneapolis to meet with the HB team and sample what they had to offer. The day he showed up? There were people waiting in line to get in. “And I don’t mean they were waiting in line for a block. They were waiting in line for two blocks. In this place that’s in the middle of nowhere, just in this industrial part [of town].”

As it turned out, he was there on the day that the Food Network was visiting the Herbivorous Butcher to interview Aubrey and Kale.

What they do at HB is different than the processes used by so many other faux-meat producers. They consider themselves to be more like vegan bakers, working simple ingredients like tomato and apple juice, vinegars, herbs and flours into doughs that are then treated like meats. The texture is what they’re after — the way it feels under the teeth — because flavor (when you’re talking about something like vegan pastrami or pepperoni) is not necessarily protein-dependent. That’s all about the spices. But the chew? That’s all about muscle fiber and fat.

“The protein is so uniquely different,” Sletten explains. “The texture of the ribeye is like a ribeye. The chicken is just like chicken.” He was sold immediately, cut his deal and then went out looking for a chef — pointedly not haunting the vegan kitchens around Philadelphia, but instead going after a steakhouse pro: Theo Charitos. He studied cooking in the Netherlands, came home to Philly to open Davio’s, did two years there before moving on to a corporate chef’s gig for The Drafting Room (a chain of restaurants focusing on craft beer and classic American cuisine) then went off and opened his own place, the Red Cedar Grille in Colmar.

“That’s been a really big component of this,” Sletten tells me. Getting a chef who was a carnivore, who knew his way around a steak and a grill, was vitally important to his plans because he wanted his vegan meat to taste like meat-meat, and to do that, you need a guy who’s already an expert on meat-meat.

And the other important component? “A full bar,” Sletten says, laughing. “It helps.”

That bar, by the way, is stocked exclusively with Pennsylvania liquor, wine from Sand Castle (natch) and beers from local breweries like Weyerbacher and Free Will.

So Sletten is doing a lot of things right. He’s got local booze, a serious chef in the kitchen, and a product he believes in. Plus, he’s invested. The Phoenixville location is just the first of three planned Taste locations, with another following in Warrington in a couple months and a third coming in Newtown. He believes in this stuff, and during his soft launch a few days ago things went well. “Most people were unaware they were eating vegan,” he says. “Everybody loved it.”

Needless to say, I’m looking forward to the May 18th opening. I’m going to go there and try it for myself — walking in the door with my skepticism intact and a history of disappointment behind me. I really hope this stuff is as good as he says it is. I’d love it if it was.

In the meantime, I do have a copy of the opening menu. And while I’m nervous about the amount of times the non-word “chick’n” appears, it’s worth taking a look at.