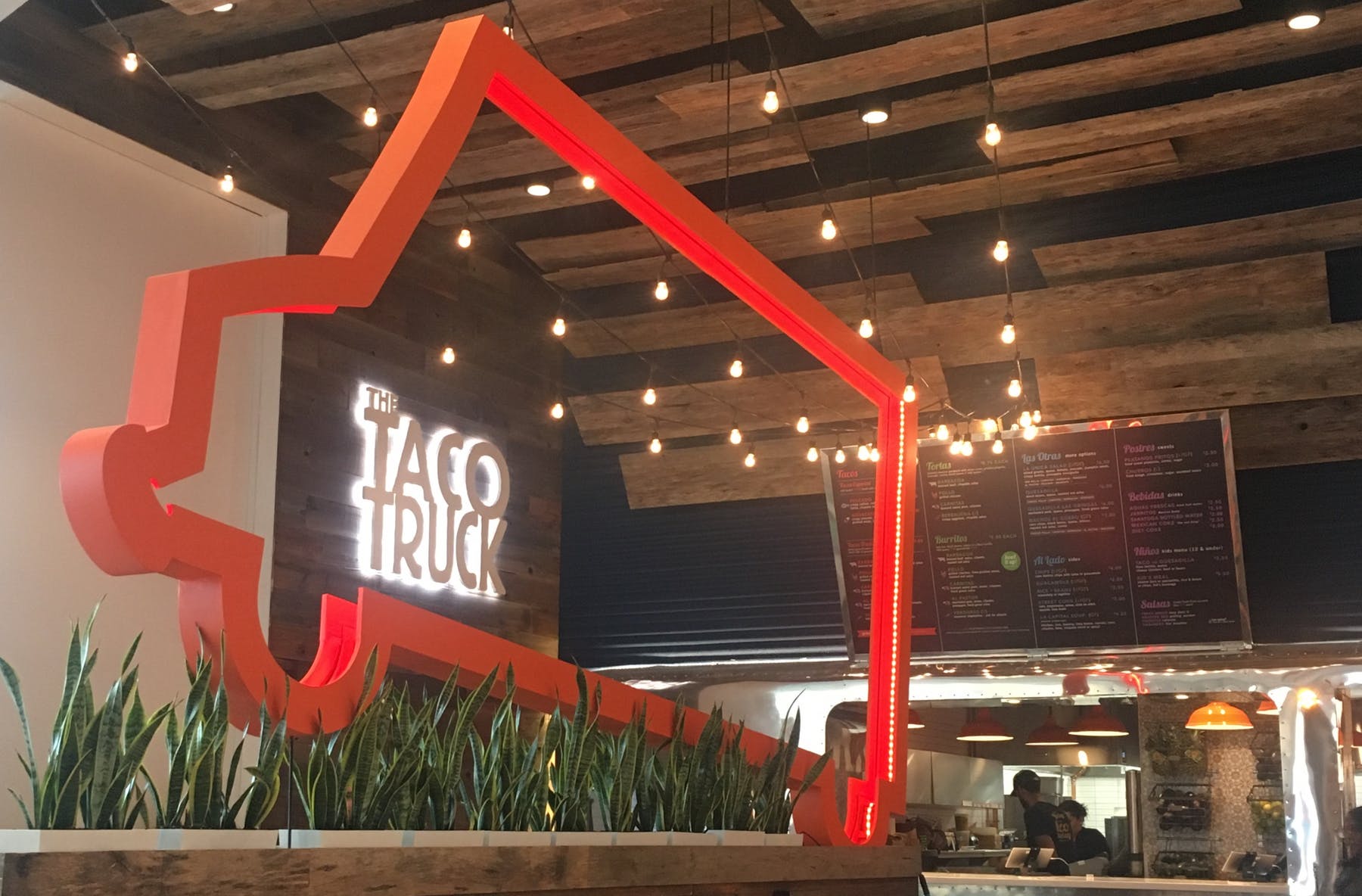 Back in mid-January, The Taco Truck opened its first Pennsylvania brick-and-mortar at the King of Prussia Mall, in its fancy, new Savor food hall. And now, just three-and-a-half months later, the KOP location has ceased operations along with its Princeton and Morristown counterparts.

Its founders, Jason Scott and Chris Viola, rolled out The Taco Truck — then, still in food truck form — back in 2009 in New Jersey. Inspired by their travels across Mexico, the two brought back Mexican chefs to build “abuela-approved” fast-casual menus which quickly gained popularity, even landing them on Buzzfeed’s 25 Most Popular Food Trucks Of 2013. Their success led to to a few brick-and-mortars — Hoboken, Princeton, and Morristown — and then a fourth in King of Prussia when the mall chose to jazz up its food court.

Today, The Taco Truck took to Facebook to announce the closure of its Princeton, Morristown and King of Prussia locations:

Thank you for the memories! We will miss you all!

Princeton, KOP and Morristown have closed. Hoboken will be open till Sunday. 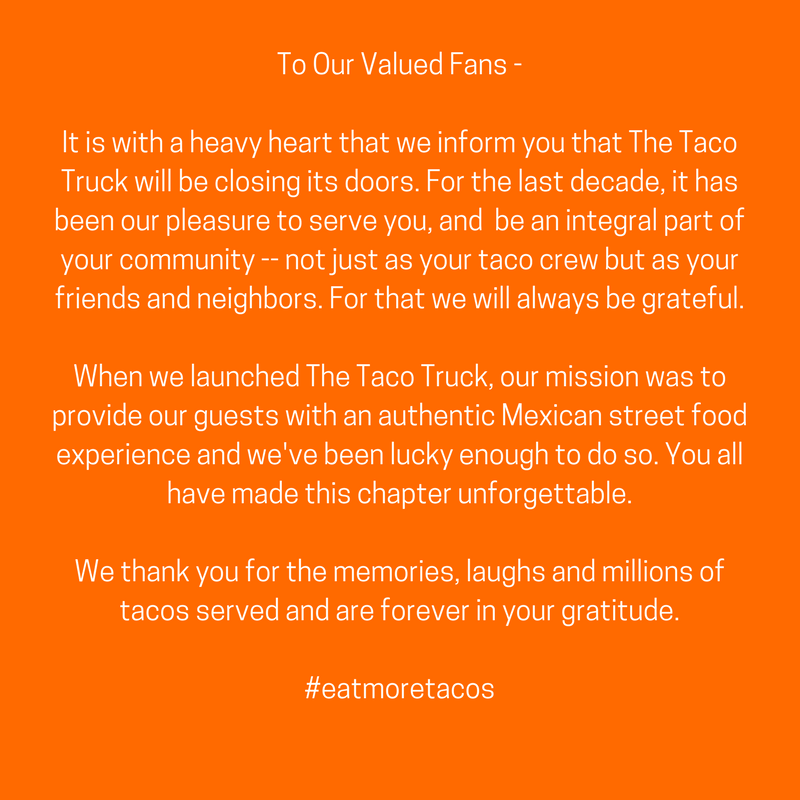