Have you been to Whetstone lately? Because you really should go. And here's why. 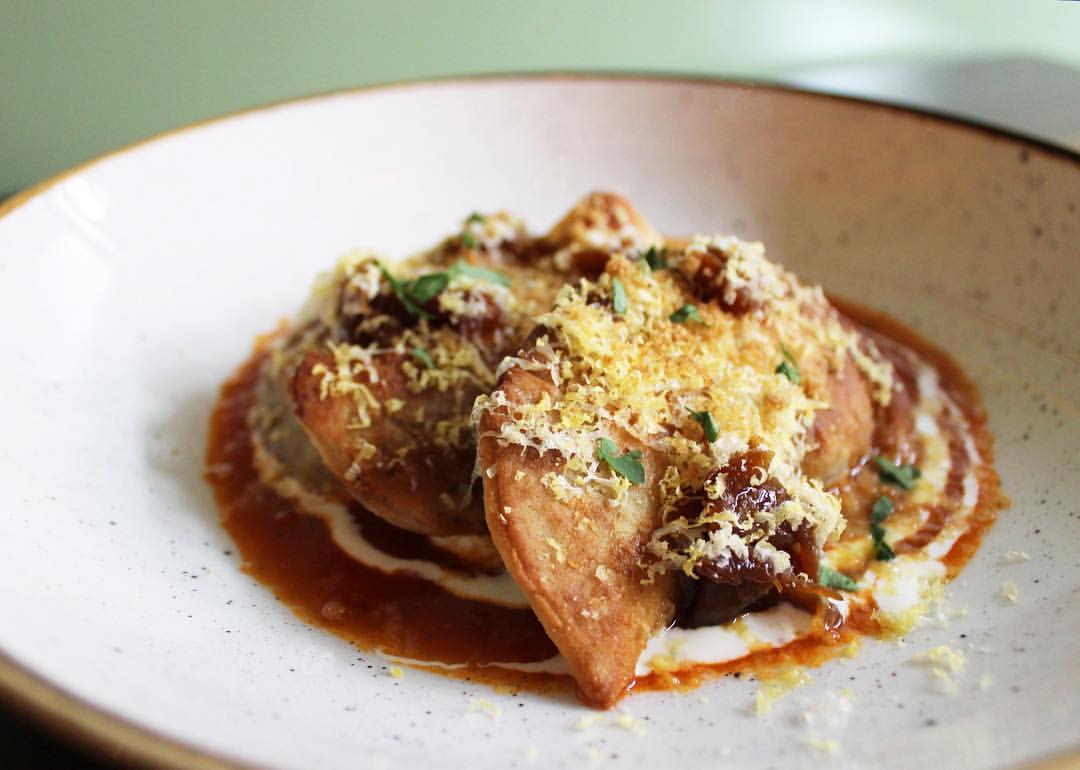 A while ago (like all the way back in 2015), there were two big concepts driving new restaurant openings in Philly: the upscale neighborhood tavern and retro-American cuisine. Places like Bud & Marilyn’s, La Peg and Kevin Sbraga’s Juniper Commons were all inspired by this one-two punch of edible nostalgia, and while not everyone who chased this style was successful in the big, loud way that we expect restaurants to be (Juniper Commons closed after six months, La Peg went through some massive concept and menu changes), Jeremy Nolen’s Whetstone Tavern made its mark in a different way. It succeeded quietly.

Whetstone always seemed more interested in the “neighborhood restaurant” side of the equation than it did the retro-American thing. I mean sure, there were dishes on the opening menu that were drawn straight from chef Jeremy Nolen’s Reading childhood–his mom’s recipe for clam cakes, his dad’s version of a caesar salad–but the heart of the place was always about offering the neighbors somewhere they could eat every day. And even now, two years later, after chef changes and menu changes and just about every other kind of changes there are, that idea of being a place that serves the neighbors is still very much at the core of what makes Whetstone Whetstone. If you haven’t been back in a while, now is a good time to check back in. And here are some reasons why:

There are restaurants we talk about all the time here on Foobooz because they always seem to be doing something. There’s always a new chef coming in, a new cocktail program being launched, some new event happening or something catching on fire. And while sure, that kind of stuff will always get you ink, there are some places in this city (not naming names) for whom the action is the only thing that keeps them relevant. Whetstone, on the other hand, is one of those places that just does its business. It just serves really good food, day after day, with very little drama. And what sucks is that doing only that? It doesn’t get you written about very often. It makes it easy for people who aren’t in your neighborhood to forget about you. And that sucks. Which, honestly, is one of the reasons I decided to start doing this series in the first place: As an excuse to talk about restaurants like Whetstone which, otherwise, hardly ever get mentioned.

2. But speaking of changing chefs…

Back in February of this year, Nolen stepped away from the stoves at Whetstone so he could focus on the other kitchens he oversaw (Brauhaus Schmitz, Wursthaus Schmitz) and the million different festivals and fests thrown by owner Doug Hager. He handed over the reins at Whetstone to his long-time second-in-command Eric Leveillee, who’d helped him to open Whetstone. Leveillee had already done time at El Camino Real and Vernick, so he knows what he’s doing. And since March, he’s been rolling out updates to Whetstone’s menu that don’t change the focus of the place (a solid neighborhood tavern doing comfortable American food), but merely add a touch of modernism and some fillips of international detail. And while this could have been a dangerous game to play, when those details add up to dishes like Carolina shrimp and grits and duck confit hash for brunch or pierogies and deviled rabbit over polenta at dinner, I’m cool with it.

Having a neighborhood place to go for brunch is a vital requirement for modern living. You never want to have to go out of your way to find brunch. You never want it to be a hassle. And at Whetstone, it isn’t. Plus, there’s breakfast poutine. Which is just awesome.

Since the start, the things that Whetstone has been best at are the simple things. Snacks, sandwiches, plain, recognizable plates that don’t reach for anything beyond plain appetite. For example, there are mussels on the menu, offered in a gin bloody mary broth with roasted and pickled peppers. I am never going to order that. It might be a great dish–might be the BEST dish on the entire menu. But I’m still going to choose the hangar steak with brown butter potatoes or the hot chicken sandwich because Whetstone is not a place I go to for surprises. It’s not somewhere I go when I’m looking to have my mind blown, but rather is the place I go when I’m just looking for dinner. And there’s nothing wrong with that. That’s what restaurants used to be for, remember? Before Instagram and food blogs? They were where you went for food when you were hungry, a drink when you were thirsty and some company when your friends were around.

5. Cheese curds and a burger at the bar.

At opening, Whetstone became one of the best places in Philly to have a meal at the bar. And it remains that way today. If you’re eating alone, if you’re just looking for something quick, if you’re after that casual, low-stress, neighborhood tavern experience, Whetstone got it right from the start and still gets it right today. To come here for an old-fashioned double cheeseburger (two LaFrieda patties, Cooper sharp cheddar, iceberg lettuce, red onion, tomato and burger sauce on a Martin’s potato roll), a plate of fried cheese curds and two Neshaminy Croydon Cream Ales is one of the great locals-only pleasures of this town. And it’s one I wish I had time for every day.