Here's what you'll be eating and drinking when Drury Beer Garden opens for the season. 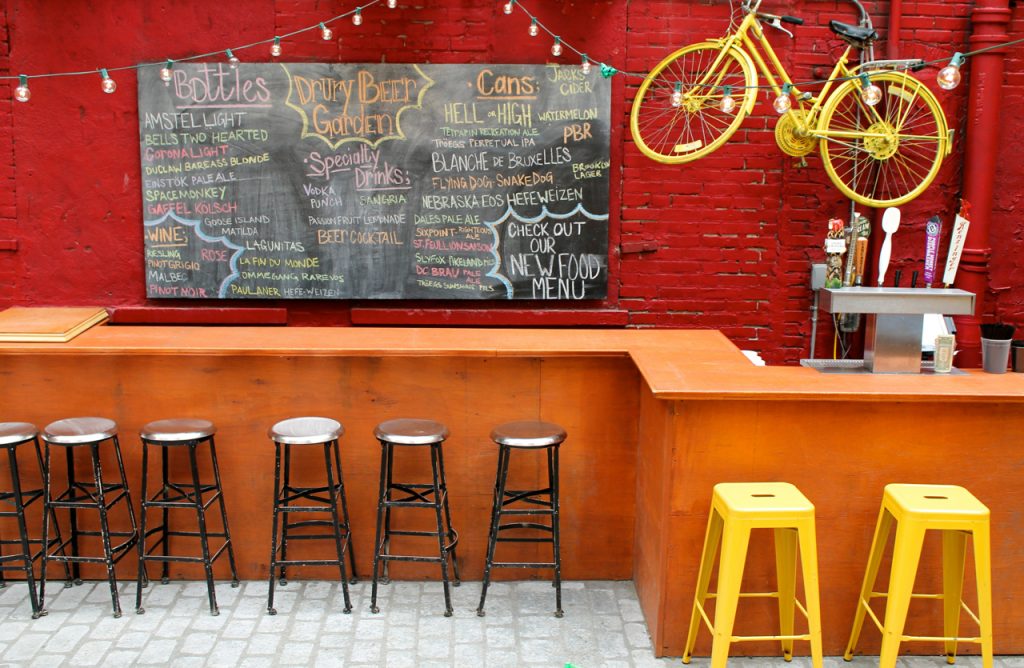 Besides the fact that it’s a beer garden located smack in the middle of the one of the happeningest nightlife neighborhoods in Philly, there’s another reason why Drury Beer Garden works: the food.

Opa’s Bobby Saritsoglou is a champ in the realm of Greek cuisine; he’s, quietly, the chef behind some of the most exciting Mediterranean dishes in the city. And because Drury Beer Garden shares Opa’s kitchen, we get to enjoy his food while playing ping pong and hanging out outside under twinkly string lights.

April 15th is opening day. Spring and Summer hours are Monday – Friday beginning at 3 p.m. and Saturday and Sunday beginning at noon. And to kick off the season, Saritsoglou is cooking up a complimentary pig roast from 3-5 p.m. 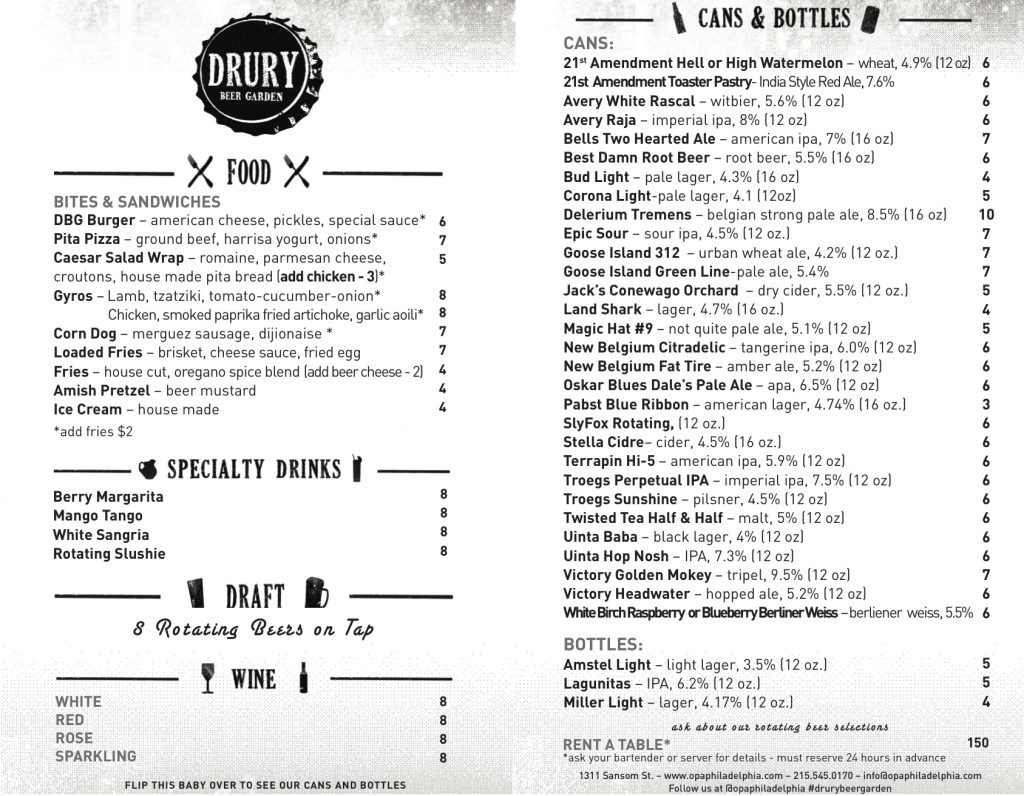