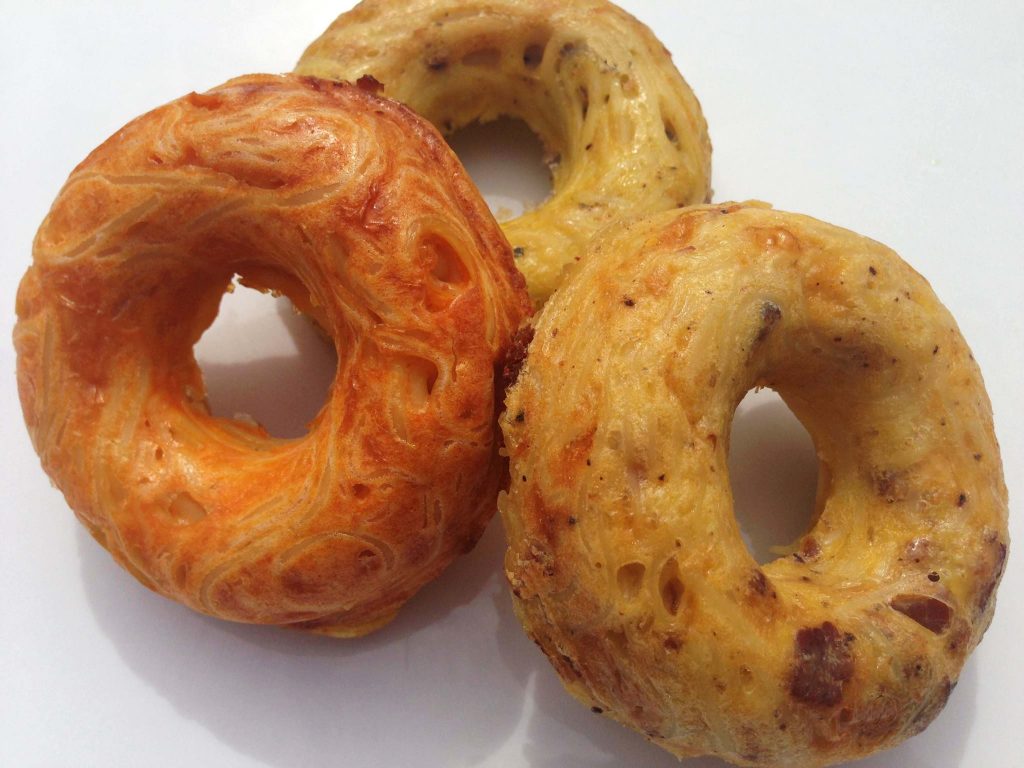 Happy Monday, everyone. This week we’ve got news from the frontiers of artificial intelligence, another thing shaped like a donut that isn’t a donut, another weird thing about Mike Pence, a new job for Vetri alum Adam Leonti and a terrifying new development from the Phillies ballpark commissary.

Brooklyn Flea — which serves as the nation’s largest strategic beard repository — has an all-food section of the market where (apparently) any fool with a frying pan and a dream can try to convince gullible hipsters that anything can be food and nothing means anything anymore. To wit, this spaghetti donut which made its debut over the weekend. 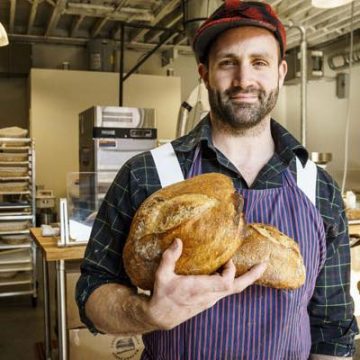 Speaking of things happening in Brooklyn: They stole Vetri chef de cuisine Adam Leonti away from us a while back. He announced that he was going to be leaving to work at Harvey — an as-yet non-existent restaurant that was supposed to open at the Williamsburg Hotel but, you know, hasn’t. Which makes Harvey a wholly imaginary thing, get it? Anyway, the New York Times reported last week that Leonti finally got his shit together and resigned from the restaurant that wasn’t, instead taking a gig as exec at Sessanta in SoHo. On his two year wait for Harvey to materialize, Leonti told the times, “It did not seem right anymore. So I left.” Really, champ? Not right? At what point during the two year wait did you figure out that something about Harvey just wasn’t right?

It has been reported that Vice President of the United States of America, Mike Pence, will not eat dinner with any woman who isn’t his wife. I honestly can’t decide if this is kinda old-school charming or very, very creepy. I’m leaning in the direction of creepy. The fact that Pence (a rejected character design for Dobby the House Elf that was somehow brought magically to life) is trying to maintain some semblance of personal, moral propriety in an administration where I’m pretty sure such things are grounds for immediate dismissal and/or flogging is noble, but the company with which he is surrounded just makes the whole White Knight act seem tainted somehow. Like maybe he will only eat dinner with his wife because she has to chew all his food for him. Anyway, the Onion did an awesome satire of this, too (Mike Pence Asks Waiter To Remove Mrs. Butterworth From Table Until Wife Arrives). And you should really just read that. Because its 2017 and everything is satire now.

Citizens Bank Park revealed their new food offerings for the 2017 Phillies season. Now on offer: a “Farmers Market Grain Bowl” with red quinoa, brown rice, radish and baby herbs. Because if you weren’t already convinced that we’re living in the End Times, this should be proof enough for anyone.

On the other hand, maybe it’ll be the robots that get us all in the end. Because out at U.C. San Diego, my new favorite person on earth, Janelle Shane, has been teaching a neural network to generate cookbook recipes. Her method? Letting her pet computer intelligence read tens of thousands of recipes so it can try to figure out what squishy humans like to put in their food holes. The results are terrifying, hilarious and frighteningly accurate all at the same time. My favorites? I’m so glad you asked. I’m particularly fond of “Completely Meat Circle,” “Whole Chicken Cookies,” “Chocolate Chips With Chocolate Chips” and “Crockpot Cold Water”. But I think the one recipe suggestion which proves that Shane’s neural network is onto us is its choice of “Chocolate Chocolate Chocolate Chocolate Cake”. Though I think we all know that when the robots finally take over, it’s gonna be nothing but “Artichoke Gelatin Dogs” and “Out Of Meat” for us.