The Festival of Forgotten Foods 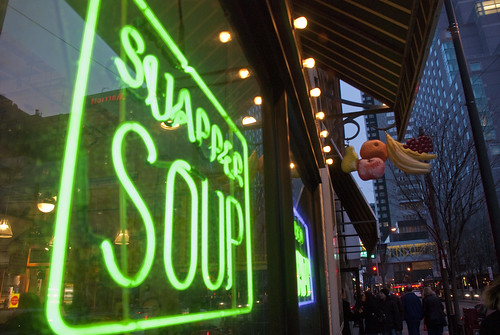 It’s easy to do so when there’s so much in motion. We’ve gone from a point of aversion to a point of destination, and it’s because we’re a city, exploding. So we forget. We forget about our roots, our upbringing, our culinary ancestry in a region so maximally filled with absolutely nothing. We’ve emerged from shadows casted by the once ever-present limelight of our neighboring cities, and people are starting to stare.

So let’s not get ahead of ourselves. Let’s remember.

Reading Terminal Market is hosting its annual Festival of Forgotten Foods on April 27th, from 10 am-4 pm in the Center Court. It’ll be a time of reminiscence, a tribute to the foods that once were, and an appreciation to regional cuisines lost in history. They’re bringing it all back, from fried catfish and waffles to teaberry ice cream, with all the creepy hillbilly goodies in between.