Miles Sanders Is Ready to Return

The Eagles RB depth is a nice problem to have, according to coach Nick Sirianni. 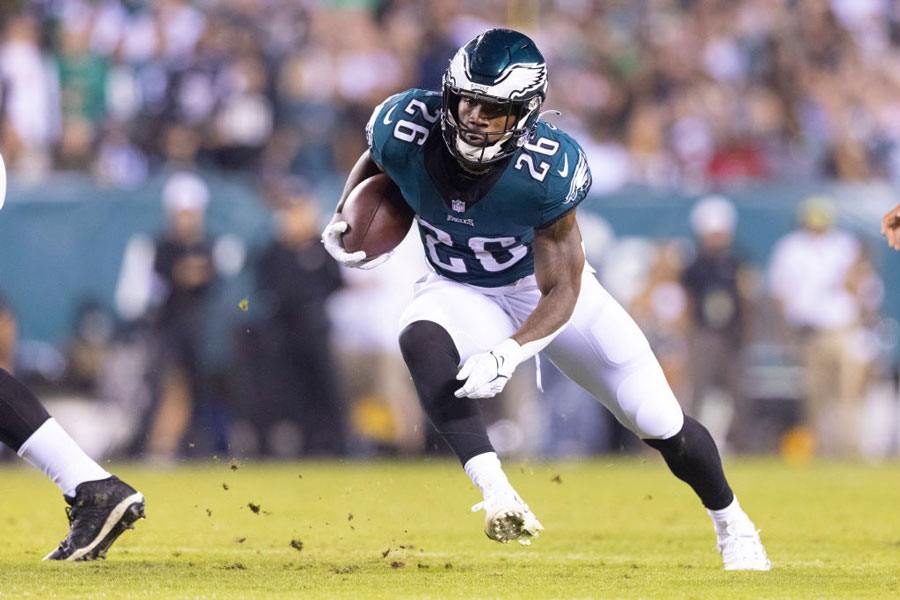 Miles Sanders was back on the practice field for the Eagles’ scaled-back walkthrough on Wednesday and there is a good chance Philadelphia’s RB1 will be back for Sunday’s game against New Orleans after missing the previous three contests with an ankle injury.

Miles Sanders is back. Video is courtesy of the #Eagles pic.twitter.com/4sMiDcnHgF

“If he looks healthy, definitely,” coach Nick Sirianni said when asked by PhillyMag if Sanders could be in the mix against the Saints. “He’s one of our better players and will definitely go if he looks healthy. I just want to see how it looks this week then have more answers on Friday.”

From a bookkeeping standpoint, Sanders technically remains on injured reserve and has been designated to return which means the Eagles have 21 days to activate the third-year back but Sanders already indicated he was ready to go last week on social media.

Meanwhile, for those wondering about Sanders’ job description changing after replacements Boston Scott and Jordan Howard excelled in his absence, Sirianni made it simple for them.

“If Miles is healthy and ready to go, he’s our starter,” said Sirianni.

That doesn’t mean, however, that the success of Scott and Howard, who rushed for a combined 392 yards and five touchdowns in Sanders’ absence, hasn’t ignited some thought from the coaching staff when it comes to utilizing the entire running back group.

After the 30-13 Week 10 win over Denver and in advance of the looming Sanders return, Sirianni called the issue “a good problem to have.” The coach doubled down on that again Wednesday.

“I think when you have some guys that have been running the ball well, that’s a good problem to have,” he said. “And it speaks to the depth we have here in the running back room, in particular. So, a great job by [Eagles Executive Vice President/General Manager] Howie [Roseman] and his staff of getting the players in here and having depth, because we know it’s a long season, it’s a 17-game season. You’re going to have some bumps and bruises throughout the way. So, it’s important that the guys who step in for the starters are ready to go.”

The success of Scott and Howard is also a weird development because Sanders is regarded as one of the Eagles’ most talented players and is far more explosive than the backs who replaced him. That said, over that small sample size, Sirianni’s offense as a whole was far more effective without Sanders.

However, the Penn State product is not necessarily the lone causal connection fueling the Eagles’ resurgence on the offensive side. In fact, you can make a strong argument that trying to replace the talent of Sanders forced the staff to take a long look at their schemes and systems in an effort to make up for the loss.

More so, when it comes to star players lineup changes are a collaborative approach with Roseman. At times, even owner Jeffrey Lurie may offer up his two cents. The medical and training staffs also have a say when it comes to players returning from injury.

Howard, coincidently, also popped up on the Eagles’ injury report Wednesday on what was an estimation as the Eagles’ scaled-back to a walkthrough. He was listed as a full participant, though, with an ankle injury.

“We’re later in the season. We have a late bye. I want to take care of these guys’ bodies and make sure they’re ready to be 100% fresh on Sunday,” explained Sirianni.

The guess here is Sanders is a go on Sunday, and the Eagles will keep all four RBs active. If Howard is healthy he will likely be the complement as the between-the-tackles runner with Gainwell continuing to serve as the third-down and hurry-up back due to his receiving skills. Scott would likely be the odd man out in the RB rotation and handle special teams work.

“I know how good of a player that Miles Sanders is and looking forward to getting him back in there and getting him carries, and just a really good job of Jordan and Boston and Kenny of filling in,” said Sirianni.