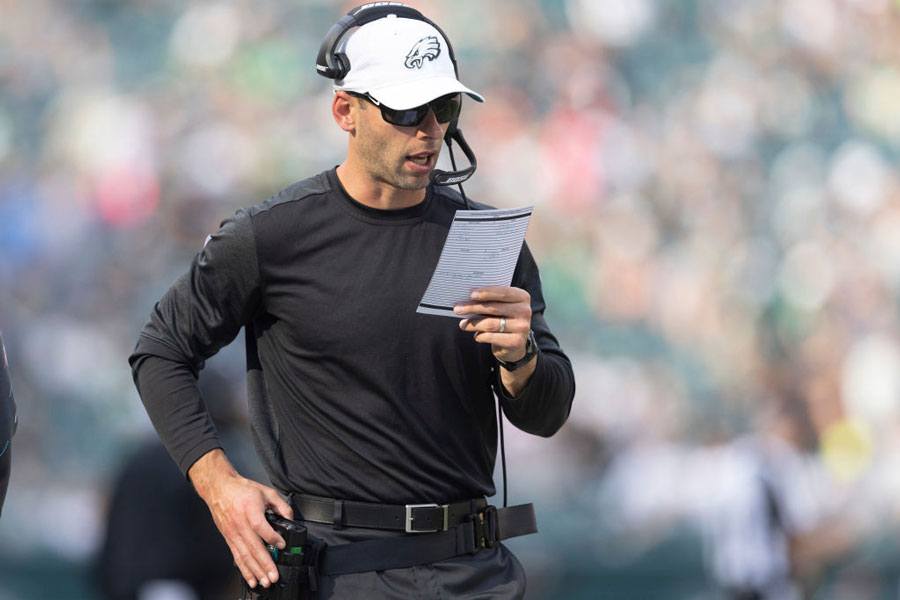 Just over 25 years ago in the Cleveland area, a butterfly presumably flapped its wings near a basketball court where a couple of ultra-competitive 10-year-olds were about to forge a friendship.

The effect of that will be on display at Lincoln Financial Field on Sunday when the Los Angeles Chargers visit the Eagles.

Chargers head coach Brandon Staley and Eagles defensive coordinator Jonathan Gannon are close, so close that they were in each other’s wedding and Gannon is the godfather to Staley’s youngest son.

The friendship evolved from playing AAU basketball against each other as a pair of point guards running their respective shows.

The two have never worked together as defensive coaches on the fast track, with Staley getting the big chair before Gannon after hitching his wagon to the flavor of the month in the coaching profession, the Rams’ Sean McVay.

Once upon a time, however, it was Gannon who had a part in setting Staley on his path.

Back in 2013, Gannon was 30 and already in the NFL as a quality control coach in Tennessee when another Saint Ignatius High School product, John Carroll University head coach Tom Arth, had an offer.

Arth wanted Gannon to be his defensive coordinator.

The NFL had always been Gannon’s goal, first as a player, before a hip injury at Louisville derailed that dream, and then as a coach. He didn’t want to leave for the college ranks and ultimately declined Arth’s offer.

Arth, though, respected Gannon so much that he asked the now-Eagles defensive coordinator who he would recommend. That was an easy answer for Gannon. Staley, who attended nearby Perry High School, was the name proffered.

“I was in Tennessee at the time and didn’t really want that job,” the 38-year-old Gannon recalled. “I wanted to stay in the NFL. Tom said, ‘Well, who would you hire?’ I said Brandon Staley, just because I knew how passionate he was and the type of coach that he is [and that] he would do an excellent job for Tom.”

Other than cracking a door for Staley, though, Gannon was quick to point out that’s all he did.

“Sometimes, all you need is you’ve got to know somebody to show somebody,” Gannon mused. “So I got [Staley] in the door with Tom, and the rest was history. I don’t take any credit for Tom hiring him because he did that all himself. We’re good friends and we talk. I learned a lot of ball from him and hopefully he’s learned some ball from me.”

From that point, Staley spent a year at James Madison as the DC before returning to John Carroll in 2015-16. The NFL finally came calling for Staley, and it was two years in Chicago as an outside linebackers coach and another year in Denver with the same job title before McVay came calling with the Rams’ defensive coordinator position.

Staley was quickly positioned as the defensive McVay, an innovative mind who understands how to create a numbers advantage.

Staley’s one year in LA was extended by switching locker rooms at SoFi Stadium and taking over the Chargers.

Many just assumed Gannon would be Staley’s DC, but the job in Philadelphia was better for a couple of reasons: Gannon’s wife Gina preferred the East Coast and the gig here comes with more autonomy because Nick Sirianni is an offensive head coach.