The Eagles at the Trade Deadline: A Potential Splash Turns Into a Ripple

The Eagles could have moved Fletcher Cox or Andre Dillard on Tuesday but instead acquired speedy rookie CB Kary Vincent, Jr. 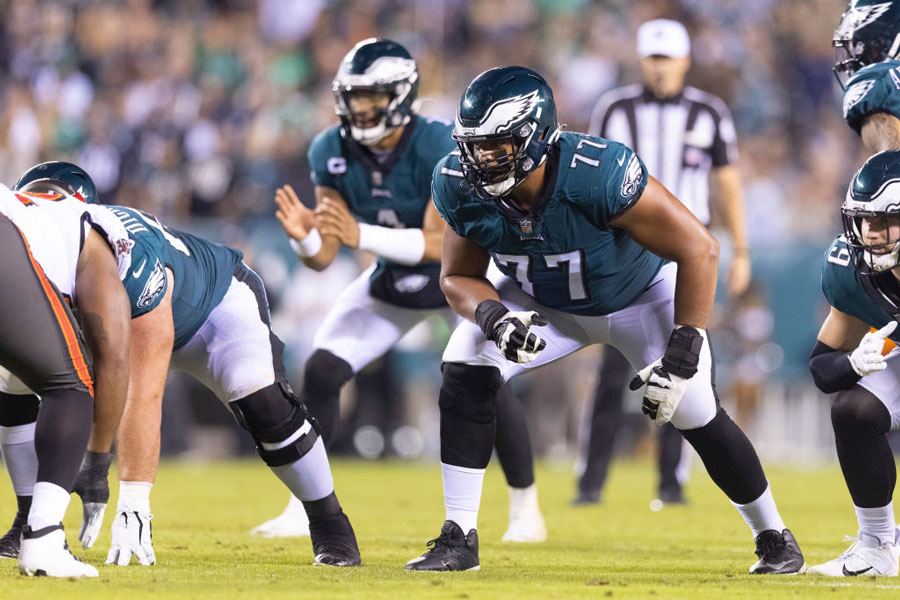 Howie Roseman just isn’t the type to leave the cell phone at home and go for a long walk with the dog. The Eagles’ general manager is the executive version of restless-leg syndrome, something has got to be moving at all times.

When the clock struck 4 p.m. EST on Tuesday, a few too many reporters raced to social media to report that the Eagles stood pat at the NFL trade deadline, content on the two previous deals made in the weeks leading up to the drop-dead date that sent Joe Flacco back up the Jersey Turnpike for a 2022 conditional sixth-round pick and veteran tight end Zach Ertz to Arizona for young cornerback Tay Gowan and a 2022 fifth-round pick.

Moments after the deadline, however, the news trickled in that Roseman did make a minor deal.

Philadelphia sent the lesser of two sixth-round picks, one acquired from the Jets via Tampa Bay for Flacco and the other originally snared from Indianapolis in a training camp deal that sent offensive lineman Matt Pryor to the Colts, to Denver for yet another cornerback in Kary Vincent, Jr., a 2021 seventh-round pick out of LSU.

If that previous paragraph got too deep in the weeds for you, just boil it down to the Bucs’ original sixth-round pick heading to the Rockies for another dart to throw at the board when it comes to a position that has been a strength so far this season but has a lot of uncertainty moving forward.

CB1 Darius Slay is signed through 2023 but is 30 and very expensive, while both Steve Nelson and Avone Maddox are set to become free agents after the season. The backup groups now includes rookies Zech McPhearson, Gowan, Mac McCain, and Vincent, as well as second-year slot corner Josiah Scott.

The book on Vincent is a versatile potential slot CB who is really fast, a sub-4.4 guy who ran on the Tigers’ 4 x 100-meter relay team in college. To make room for him on the 53-man roster, the Eagles were forced to waive offensive lineman Brett Toth, who could be claimed on waivers Wednesday in what is generally an O-Line deficient league as a whole.

The bigger story Tuesday, however, was that the Eagles were prepared to move on from unhappy defensive tackle Fletcher Cox — despite a massive dead-money hit over the next two seasons — and perhaps 2019 first-round pick Andre Dillard, who is a backup left tackle these days after losing a TC competition to Jordan Mailata.

The goal in both instances was value, however, and Roseman wasn’t about to give still-valuable assets away for pennies on the dollar due to circumstance.

The Las Vegas Raiders were the top suitors for Cox, according to a league source. No concrete details on Dillard could be nailed down, but his status at the NovaCare Complex returned to solid footing thanks to his performances when Mailata went down with a knee injury and Lane Johnson was forced to miss some time with anxiety and depressions issues.

In Cox’s case, the veteran has been unhappy in his role with Jonathan Gannon’s defensive schemes vs. the ones which Jim Schwartz ran, which enabled the 31-year-old to focus on the three-technique and get after the quarterback on a consistent basis.

When no one stepped up to meet the Eagles’ asking price, the potential splash became a ripple because Roseman always has the itch to do something.