Eagles vs. Raiders: By the Numbers

The Eagles will be looking for more efficacy on first and second downs against Las Vegas. 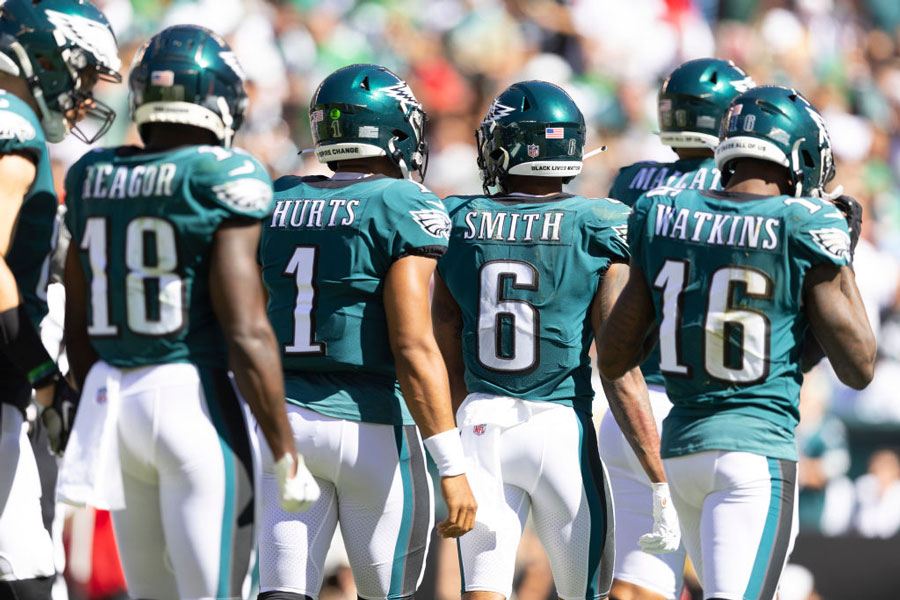 At the tippy-top of the Eagles’ offensive things-to-do list heading into Sunday’s game against the Raiders in Sin City is better production on first and second down.

The Eagles are averaging 6.1 yards per play on first down this season, which is the 10th best average in the league. But the last two weeks, they’ve averaged a puny 2.7 yards on first down, which is the lowest average in the NFL during that period. They’ve had 47 first-down plays in the last two games. Twenty-nine of those 47 plays gained two yards or less.

In the first four games, Hurts had a 67.2 first-down completion percentage with no interceptions and two sacks.

The Eagles averaged 7.6 yards on second down against the Bucs last week. But that number was skewed by two fourth-quarter plays – a 25-yard pass from Hurts to DeVonta Smith and a 23-yard run by Miles Sanders. Take those two plays out of the equation and the average drops to 5.2.

“We’ve got to be more efficient on first and second down,” Eagles offensive coordinator Shane Steichen said this week, stating the obvious.

One thing that would help is mixing it up a little more. The Eagles are averaging just 22 rushing attempts per game in the first six games, which is the fifth-lowest average in the league. Running backs Miles Sanders and Kenny Gainwell are averaging a combined 13 carries per game.

Defense On First Down