It was the biggest coin flip in the history of the Eagles, perhaps. And they won it. Super Bowl, here we come. 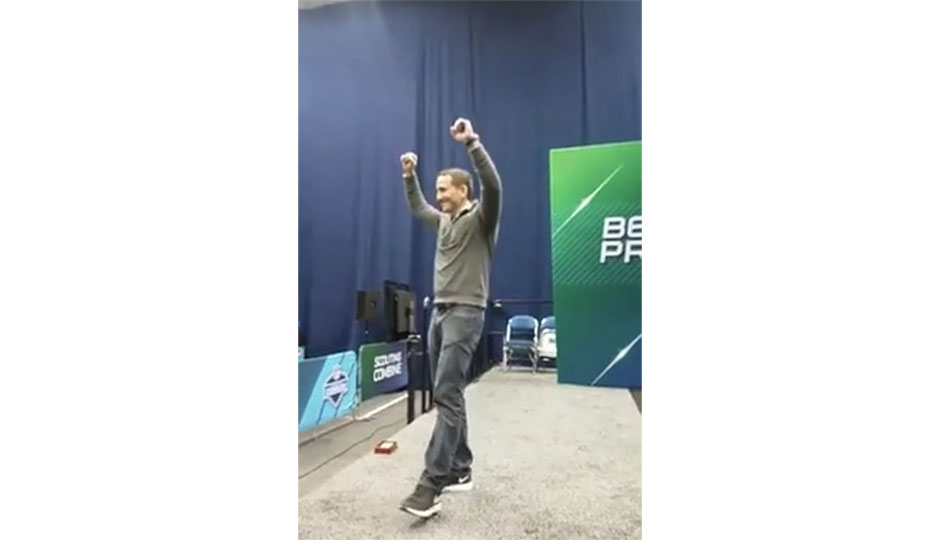 The Eagles now know where they’ll be picking in this year’s NFL Draft on the Ben Franklin Parkway.

On Friday, the Eagles won the coin flip that determined the 14th and 15th selections in April’s draft.

The coin flip was between the Colts and the Vikings, but the Eagles got the Vikings’ number-one selection in the Sam Bradford trade last summer. So GM Howie Roseman stood on stage with representatives from the Colts and Vikings before the coin flip. The NFL even hyped up the pick a bit, moving the coin flip back a half hour in order to get fans to come watch it.

“It’s a great result,” Howie Roseman told the Eagles’ website after the coin flip. “We’re excited to be able to pick at 14. We’re excited for the draft in Philly. We know how excited our fans are going to be when we make this 14th pick.”

And why wouldn’t fans be excited? The Eagles haven’t won a playoff game since 2008. Fans were pumped for this coin toss. In fact, there were at least three livestreams of the coin flip.

And one from Philly Voice’s Jimmy Kempski:

And the Inquirer’s Jeff McLane put it live on Periscope:

You can relive the excitement with any one of those videos. Or if you’d rather read about it: Dave Spadaro, the world’s number-one Eagles fan/team website reporter, banged out a 764-word story on the coin-flip victory.

Go wild, Eagles fans. The team will now get to draft one pick sooner in April’s draft. Just think: This pick could be the next Nelson Agholor!