The first major renovations of the underground concourse — part of a massive undertaking by SEPTA — start Monday. Two sections will be closed for a year. SEPTA is sprucing up part of the underground concourse. And, starting Monday, two sections near City Hall will be closed for renovations for about a year.

SEPTA has already begun structural work on parts of the concourse, including a patch-up job on the South Broad Street concourse last year. And major structural work is in progress at several locations now, including replacement of the escalators off 15th Street. But the work on the concourses that connect South Broad with the 15th Street/Centre Square and Market Street concourses is the first major work of a multi-year plan that SEPTA hopes will re-invigorate the concourses. The stretches that connect to the north end of the South Broad concourse will be closed until April of next year.

“You have some concourses that are mainly for transit — you’re moving from point A to point B, and we’re looking at those in one way,” says SEPTA Assistant GM for Engineering, Maintenance & Construction Robert Lund Jr. “As we progress through the whole system, there are other ones that may have the opportunity to become a destination unto themselves.”

These first concourse repairs will cover about 20,000 square feet of the concourse. Part of Phase 1 will involve demolishing the remnants of the old Dilworth Plaza champagne fountain (aka the Officer Big Mac fountain) and installing ADA-compliant ramps. The concourses that connect with the fountain will be similarly renovated.

Meanwhile, the 1984 “Philadelphia Then and Now” mural — once in The Gallery near Market East Station and the connection to the Aramark Tower and Convention Center — will be moved to the concourses near the Market Street section. This is all part of a complete renovation of the concourses.

The following sections will be closed for about a year starting April 18th. The portion that connects with the Broad Street line will remain open, and renovations there are expected to be finished in time for the DNC this summer. 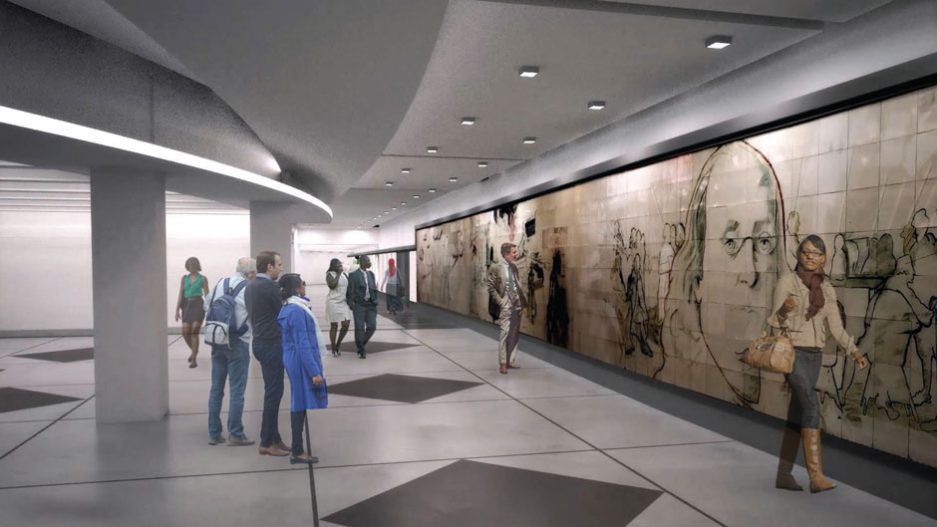 Philadelphia Then and Now

“Philadelphia Then and Now” will be relocated from The Gallery to the underground concourse. 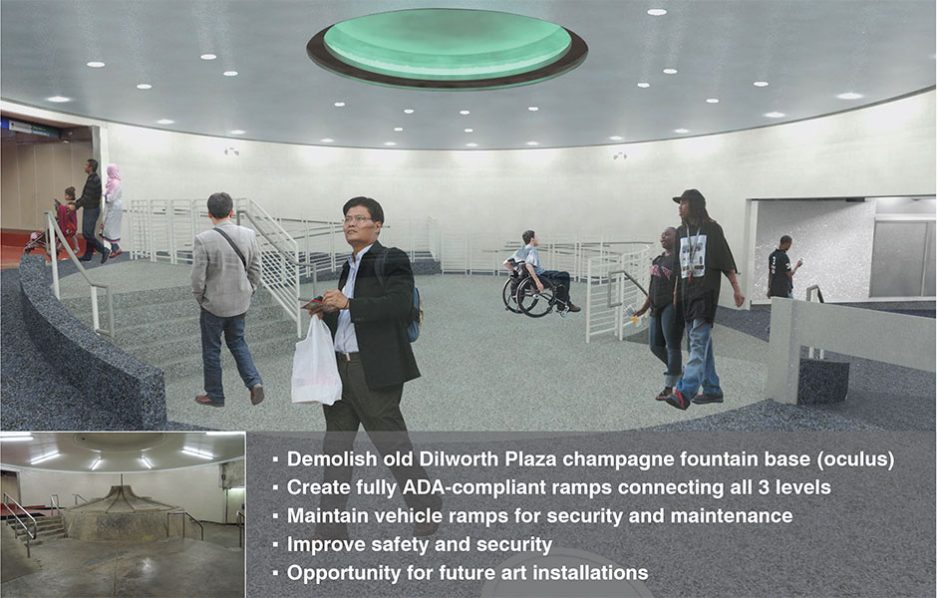 The remnants of an old fountain in Dilworth Plaza will be removed in the renovation. 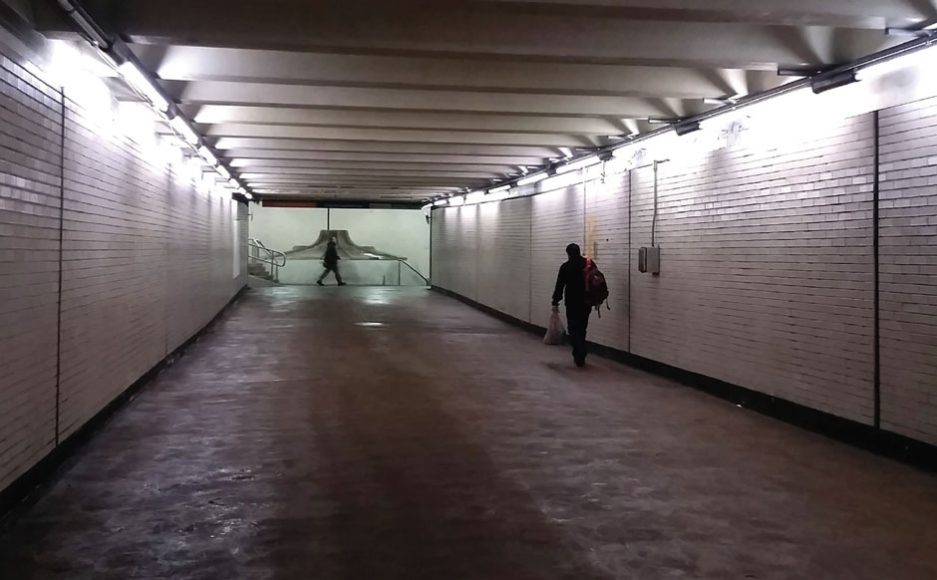 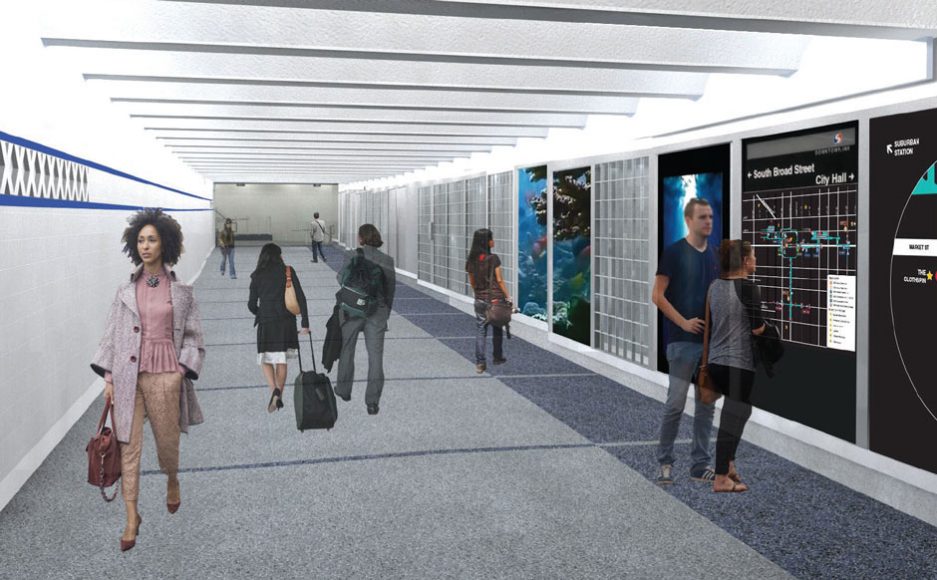 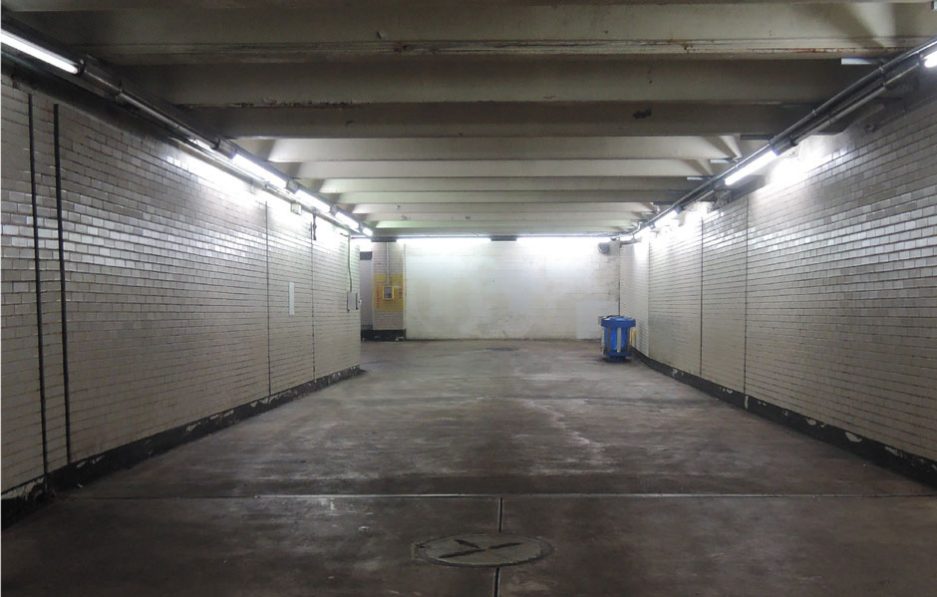 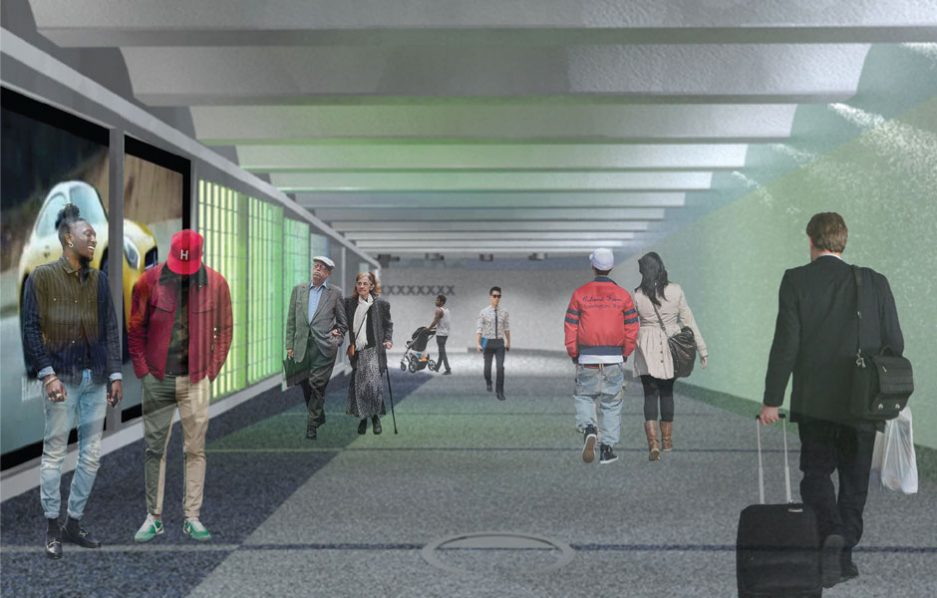 Lund says some building owners along the Market and Broad Street concourses have contacted SEPTA with interest in re-opening their underground entrances.

“The history of the concourses were, especially along Market and South Broad, all the department stores and the other original buildings here all had storefronts and major entrances on the concourse level,” Lund said. “They were inviting, people utilized them for shopping and other things. We’d like to stir up that kind of excitement and re-use again. It’s really a vision not just for SEPTA but for the whole city.”