How to Shut Down Mansplaining at Work, According to 5 Philly CEOs

These leaders explain how they take control when a colleague, client or other party oversteps. 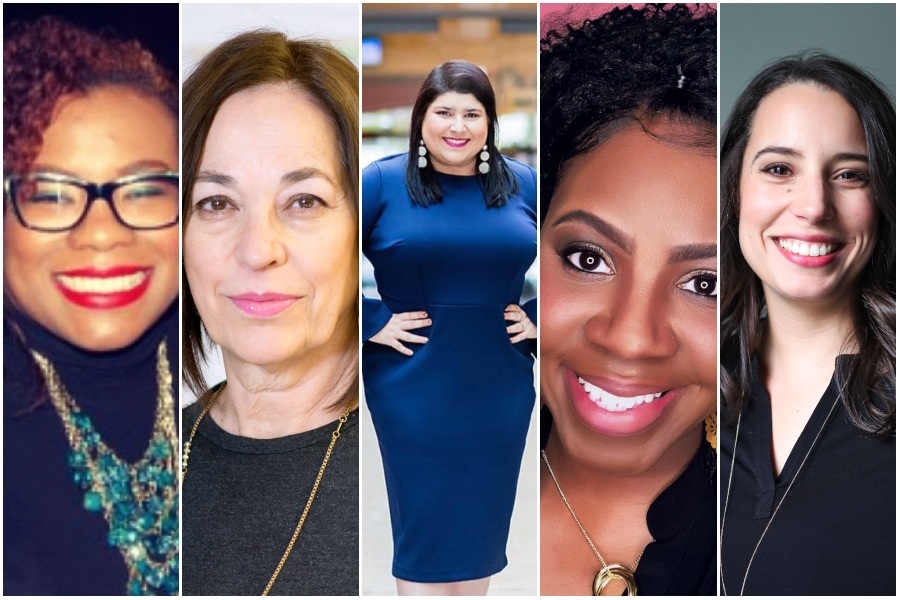 It is 2019, and mansplaining is unfortunately still a thing. Merriam-Webster defines the practice as “what occurs when a man talks condescendingly to someone (especially a woman) about something he has incomplete knowledge of, with the mistaken assumption that he knows more about it than the person he’s talking to does.” In the workplace, mansplaining can be especially tough to address, as we navigate traditional workplace norms. We asked five local leaders about their experience with mansplaining in the office (and online) and what they did to curb the situation. They offer some tested strategies that can help you get through your next encounter with a mansplainer.

I was leading a project and called a meeting. When I arrived, I was the only woman and youngest person at the table. The men proceeded to begin the meeting as if I wasn’t there and talk over me. When I finally used my outside voice to get their attention, one of the project partners told me that I had no place being there and, wait for it, this was “grown men” business. By trying to silence me, the men were minimizing my expertise and what I bring to the table. Needless to say, I immediately called the men out on their behavior and let them know what they were doing was unacceptable.

It’s easy to feel intimidated when you are being talked down to or diminished by a male colleague. Nonetheless, mansplaining is never okay and you don’t have to put up with it. You should assess the situation to determine which tip from below works best.

The design industry requires collaboration with other fields that have been heavily dominated by men. However, I have been fortunate enough to not face a lot of mansplaining in my 30 plus years. More often, I sometimes get bullying or aggression.

One time, a project manager insisted that I was the cause of a problem with a carpet and the subsequent delay. In these situations, I stay calm and repeat the facts. When he persisted, I simply said he was inaccurate and that I did not appreciate his aggressive words. He stopped.

Over the years, I have held various positions in management and I have witnessed mansplaining, but it rarely happens to me now. Throughout, I learned to have more confidence in my voice and in my opinion, and I believe this has helped.

In addition to running my own business, I head a large local business organization for women called FemCity Philadelphia. The first year I was in charge I had a conversation with a sponsor where he “mansplained” the way to market to the women within the organization that I run. This followed a frank discussion where I had attempted to provide pointers about why his current methods were not resonating with the women.

I work with my husband, who is my business partner, and he does not “mansplain” things to me. We are a great team, and we respect what we each bring to the table in our workplace environment. He and I have discussed at length issues related to sexual harassment that I and other women face. In our own way we do what we can to combat it.

Everybody is allowed to have their own opinions, but I think it’s damaging to assume a man is being condescending only towards women because they are women. Some people (men included) are just condescending people, regardless of who they are talking to. It’s true that some men are offensive in this way, putting women down because they are women. But online especially, I think it is worth holding off on that kind of judgment until you see somebody acting in a patterned way. A single comment, taken out of context, spun with an agenda, can be very misleading. A continued pattern of behavior is harder to refute, and easier to identify.

As far as combatting “mansplaining” goes, I’m more concerned about actual sexual harassment than assumptions made based on out-of-context communications between men and women online. Usually, I ignore those kinds of messages unless I find it necessary (at my own discretion) to call it out by posting an image of it. I have redacted the people’s names in those cases because I also know the internet can fuel a mob mentality which makes me very uncomfortable.

I’ve been sexually harassed throughout my career and don’t always know how to handle it. That can make me feel inferior, weak, and ashamed, which is counter-productive, and allows somebody else to persist in their poor behavior. My husband and I have agreed to allow at least a “1-strike” policy for somebody who makes an off-hand comment about me or in my presence, before we say something to them. We have chosen not to do business with people who we believe act inappropriately. Matt has confronted people on my behalf, and I have taken it upon myself with some men to say, “Don’t call me sweetie.”