The deal would mean a bigger footprint for Jefferson and financial stability for Temple’s health system. For patients, it would mean greater access to care. 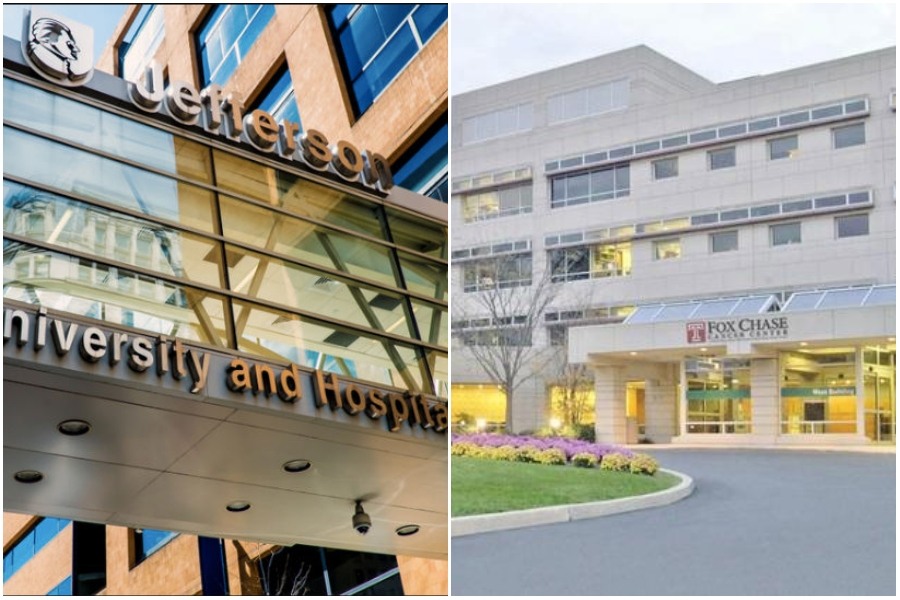 Thomas Jefferson and Temple universities are kicking off the year with a big announcement: Jefferson is pursuing Temple’s Fox Chase Cancer Center.

The two organizations have entered an exclusive 90-day negotiation period. During this time, Jefferson will negotiate the acquisition and conduct due diligence of the Fox Chase Cancer Center. Specifically, they will determine whether the acquisition of Fox Chase will “better serve the needs of cancer patients, the community and each other’s strategic goals,” says a statement from Jefferson. The due diligence will also give the healthcare network the chance to evaluate the sale of Temple’s interest in Health Partners Plans, a local insurer.

In addition, with an acquisition, Jefferson and Temple would enter into a “long-term oncology-related affiliation agreement” that would expand access for Temple scholars — residents, fellows and students — to academic and research resources, according to the institutions.

For Jefferson, this move would represent a big step in its ever-expanding footprint. Jefferson Health’s network now includes 14 hospitals and over 40 outpatient and urgent care locations throughout the greater Philadelphia region. On the academic side, Jefferson, a union of Philadelphia University and Thomas Jefferson University, is comprised of 10 colleges, including the Sidney Kimmel Medical College and three schools, with more than 7,800 students.

“This negotiation period will allow us to better understand how partnering could improve lives for patients throughout Philadelphia and far beyond,” said Thomas Jefferson University president and Jefferson Health CEO Stephen K. Klasko. “Just imagine the potential of combining the stellar researchers and clinicians of Fox Chase Cancer Center with the outstanding experts at Sidney Kimmel Cancer Center at Jefferson.”

For Temple, the deal would help the institution find a partner to augment Fox Chase’s growth as it continues to serve the North Philadelphia community. And more importantly, an acquisition would help to ensure the long-term financial stability of Temple’s health system.

“Currently, Temple Health again faces significant financial challenges. These challenges are primarily due to the fact that Temple Hospital is proportionally the largest provider of healthcare to Medicaid patients,” the Board of Trustees said in the letter. At the time, the board hired a firm to explore strategic possibilities.

On Thursday, Englert expressed optimism about a deal with Jefferson. “Temple and Jefferson share a home city, a mission and a commitment to caring for cancer patients throughout the region, and Jefferson is an outstanding potential partner,” he said in a statement.

“We are both dedicated to quality health care, safety, service, medical education, research and discovery, and we support the idea of two great Philadelphia institutions coming together to do what’s right for the patients we proudly serve.”

Klasko added, “This could save — and change — lives forever.”