The flights will take travelers to newly popular Southern destinations. Plus, American announced plans to upgrade service to Prague. 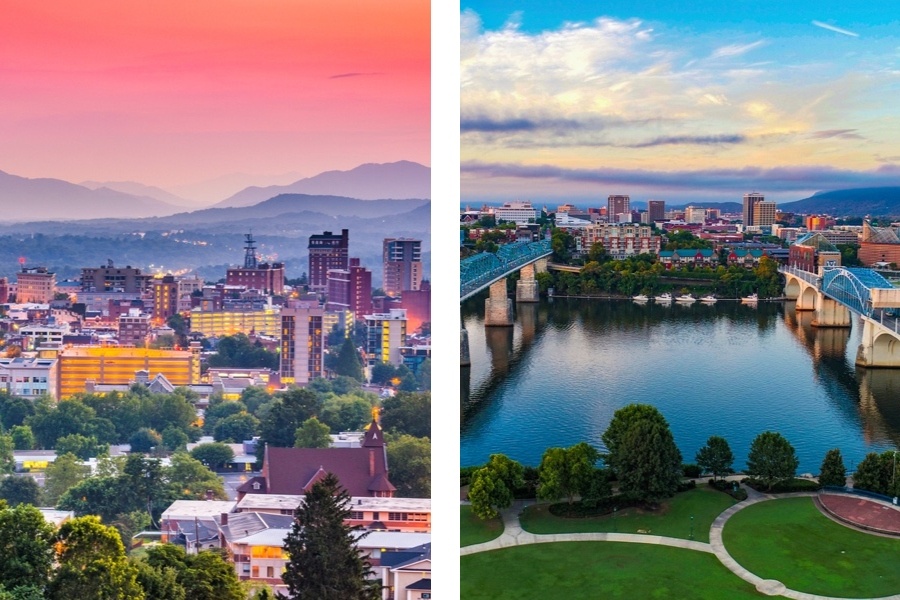 Travelers at the Philadelphia International Airport will soon have direct service to two new U.S. cities. Come May 2019, American Airlines will run daily year-round service from PHL to the Southern cities of Asheville, North Carolina and Chattanooga, Tennessee.

The new routes will be the only non-stop flights from Philadelphia to the two destinations.

Dubbed a “hipster haven” by Travel and Leisure, cant-miss adventures in Asheville include hiking the Appalachian Trail, driving the scenic Blue Ridge Parkway, enjoying farm-to-table Southern cuisine and listening to live music at local hot spots. The city was also rated as Lonely Planet’s No. 1 travel destination in the U.S. for 2017.

Similarly, Chattanooga’s profile as a sought-after destination is on the rise. The city was rated No. 3 on Lonely Planet’s must-see U.S. destinations for 2018, since the “nature centric “Noog has transformed itself into a bastion of elevated Southern living.” The city is also home to the Appalachian Trail in addition to host of other attractions like the Tennessee Aquarium, Lookout Mountain and Civil War battle fields sites.

Service to both destinations begins on May 3, 2019 and will operate on Embraer 175 aircraft.

American Airlines also announced plans to expand its service to Prague. When the seasonal service resumes in May 2019, American will offer more seats and Premium Economy on flights between Philadelphia and Prague. The flight will operate on the larger Airbus A330-200, which will add more than 500 seats each week.

“The success of the Prague flight has been overwhelming, and even more travelers will be able to take advantage of this popular service next year,” PHL CEO Chellie Cameron said in a statement.