The innovation eats a large coin then spits out a vehicle. Here’s why the company behind the structure is so excited to finally open it in Philly on Thursday. 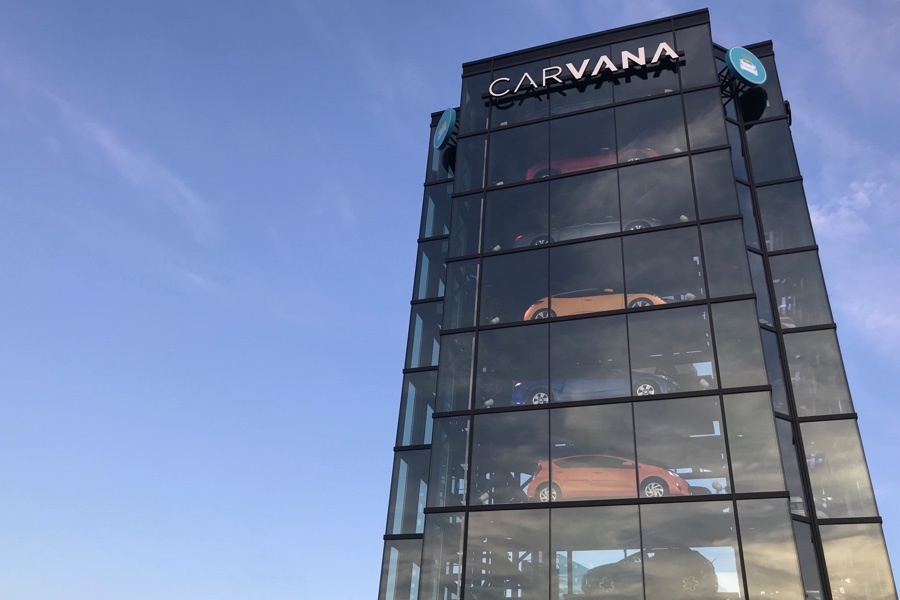 Philadelphia’s skyline has a new entrant: A giant nine-story, fully automated vending machine has been erected in Fishtown (1043 North Front Street), and it dispenses used cars after being fed an oversized coin. Early last year, BizPhilly reported that Carvana, the startup self-described as the “Amazon of cars,” quietly moved into Philly, opening up its online inventory of more than 7,000 used cars at the time to the region. Now the company hopes its eye-catching larger-than-life innovation will hook more Philadelphians.

Carvana pledges to make the process of buying a used car online very simple, allowing you to skip the car dealership or shady Craigslist transactions. They’ve summed up their process in three phrases: “Buy Online. Get It Delivered. Love It or Return It.”

Buying online involves searching their online inventory, which now boasts more than 10,000 cars organized into ten categories like “family-sized,” “commuter’s dream,” “tech-centric,” or “just like new.” Filters allow shoppers to search by year, mileage, and more. The cheapest cars on the site (2010 Chevrolet Cobalt, 2009 Ford Focus) as of Thursday were going for around $6,000, with the most expensive vehicles (2017 Porsche Panamera, 2016 Mercedes-Benz G-Class) going for around $90,000.

Carvana associate director of communications Amy O’Hara told Philly Mag that the company focuses its inventory on late-model, low-mileage vehicles, “so it’s unlikely you will find a vehicle for sale that is older than ten years old.” The site also gives customers a 360-degree camera tool to see the car’s imperfections, in addition to a list of features and updated information about any open safety recalls. The company says all cars pass a 150-point inspection, have never been in a reported accident and have no frame damage.

And of course, before placing an order, a computer-run financing system handles payment. Carvana offers financing or allows customers to buy with cash or use a third party, like a bank or credit union. There’s also the option to sell a current vehicle to Carvana for a trade-in deal. 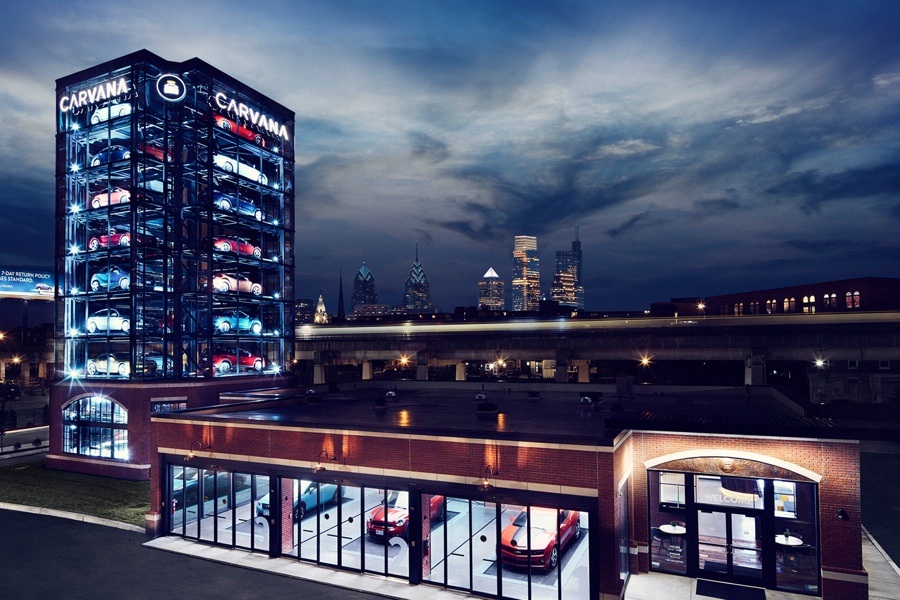 Customers can schedule a next-day vending machine pick-up or home delivery. And Carvana isn’t kidding about the giant coin. The commemorative object actually activates the machine. Once the vehicle is dispensed, customers have seven days to love it or return it.

Though Carvana declined to disclose numbers that would indicate its traction in Philly, O’Hara told Philly Mag, “Philadelphia-area residents are embracing the new way to buy a car, enjoying our entirely online car buying experience.”

Philadelphia is the 14th city, behind mostly Southern locales like Houston, Jacksonville, Nashville, and Washington D.C., to house one of the vending machines.

“Philadelphia is a city that has welcomed the new way to buy a car, ever since we launched here in early 2017,” Ernie Garcia, founder and CEO of Carvana, said in a statement. “We’re looking forward to showcasing our innovative thinking in a city that has a rich history of exactly that.”

As with any purchase, particularly in an age of hyper-consumerism, it goes without saying “buyer beware.” Reviews for Carvana appear to be mixed, with some customers completely hating the experience and others satisfied and willing to go through the process again.

O’Hara is confident that as the company expands things will only improve: “We launched the world’s first fully automated, coin-operated car vending machine in Nashville in 2015, and today marks our 14th location. Throughout, our new way to buy a car has been welcomed with anticipation and excitement and we look forward to that continuing as we grow our presence across the U.S.”