The addition is the low-cost airline’s 24th destination from the Philadelphia International Airport. 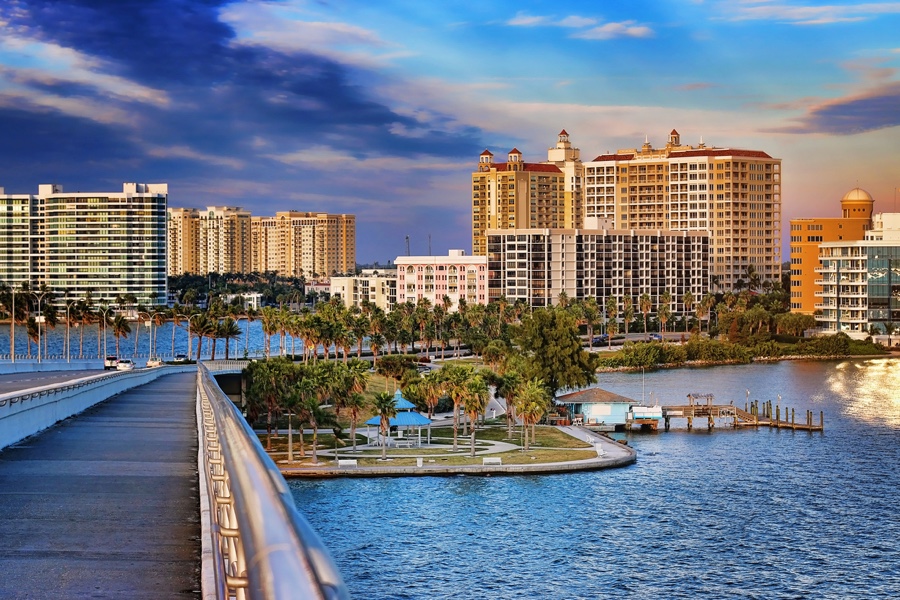 Frontier has launched a seasonal flight from Philadelphia to Sarasota, Florida. Downtown Sarasota from the Ringling Bridge. iStock | KarolinaBorkowski

Beginning in December, travelers at PHL will have a new route to a sunny Florida city via Frontier Airlines. And introductory fares for the flight are currently $49 one-way at FlyFrontier.com, but not for long.

The new seasonal route will take passengers from Philadelphia to Sarasota, Florida, where popular destinations like Siesta Key Beach and Lido Beach await. The city is about one hour south of Tampa, two hours south of Orlando and about three to three and a half hours northwest of Ft. Lauderdale and Miami.

The flight to Sarasota is Frontier’s 24th destination from Philadelphia and is scheduled to depart on Mondays and Fridays starting December 10.

Frontier brands itself as the airline with “low fares done right,” to distinguish itself from other low-cost carriers that currently don’t have the best reputation.

Frontier says it gives customers the opportunity to customize travel according to their personal needs and budget. Customers can make a la carte decisions — like individual bag and seat selections — or, they can opt to purchase the low-cost “Works” bundle. The bundle gets customers full refundability, a carry-on bag, a checked bag, the best available seat, waived changed fees and priority boarding for one price. The Works is only available through the airline’s website.