As the company relocates its headquarters to the Schuylkill waterfront, the sign — a Market East fixture for more than 30 years — must come down. 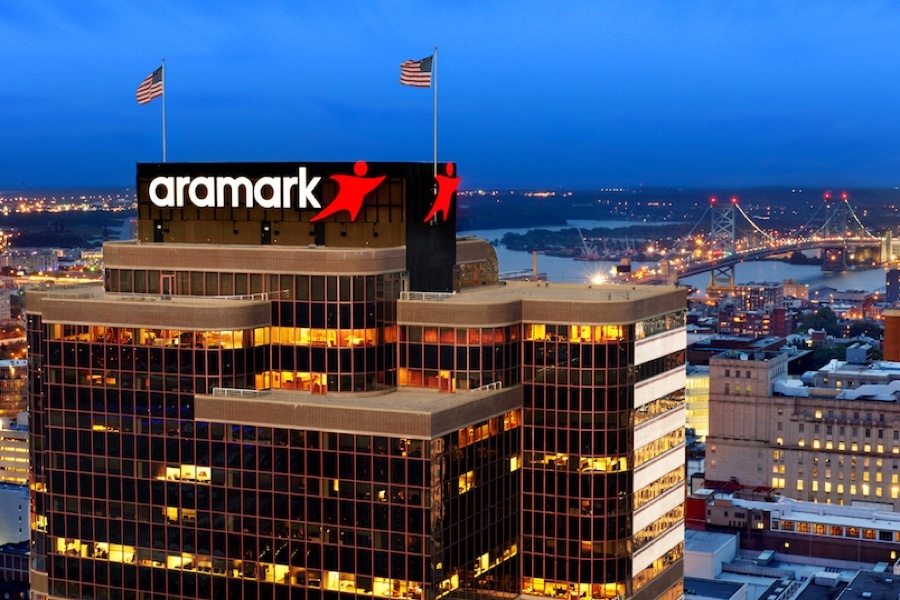 The Aramark Corp. logo, which has been a fixture in Philadelphia’s Market East section for more than 30 years, will be stripped from Center City’s skyline this week, according to the Inquirer.

The food service company will begin decommissioning the sign after Thursday, when the lights are turned out for good at 1101 Market Street.

Along with Aramark’s headquarters, the sign will move to 2400 Market Street, which once was the home of the Marketplace Design Center, Aramark stated in a release on Monday. Aramark will share the the building with the planned Fitler Club membership group.

The new headquarters are scheduled to open in the fall.

Aramark first announced plans to move to the Schuylkill waterfront in 2016, when it was also announced that the state had committed up to $10 million in public improvements as an incentive for Aramark to remain in the city. The state also announced other grants including $10 million through the Redevelopment Assistance Capital Program (RACP) and $550,000 for employee training to support Aramark’s move 13 blocks west.

The company plans to move about 1,200 employees into the new building.

As for the space Aramark is vacating, Thomas Jefferson University swooped in last December and announced that it will take over as the 1101 Market Street building’s anchor and namesake tenant beginning in late 2019.