The fearless advocate tells us what people get wrong about America and immigration. And here's how he helps create a sense of belonging for immigrants looking to become new Philadelphians. 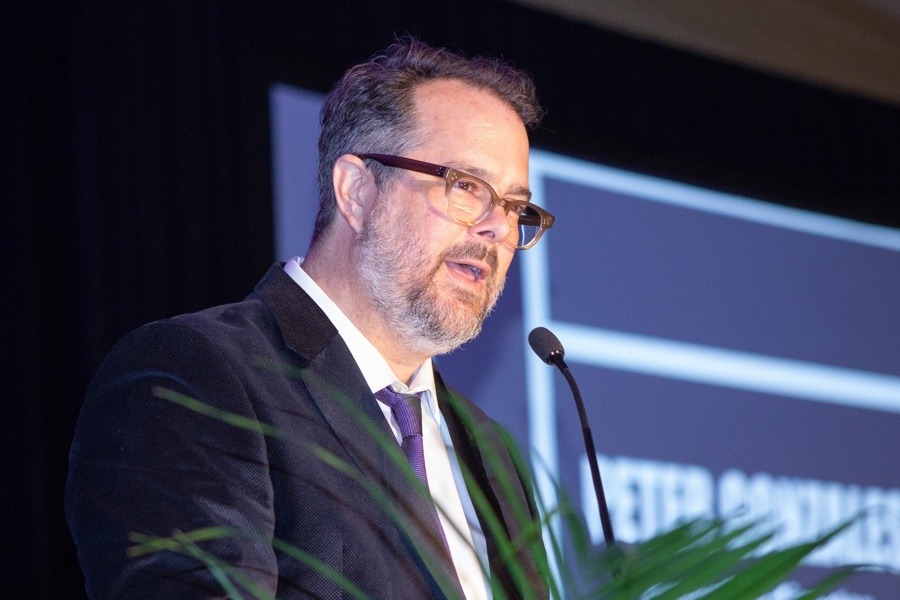 If you ask the Welcoming Center’s president & CEO Peter Gonzales why he’s in the role he’s in, he’ll tell you powerful stories about the thousands of immigrants who have fundamentally changed his life and the fabric of Philadelphia. Now more than ever, Gonzales says immigrants need pathways to access the resources that will help them be included. Too many immigrants are viewed as criminals for not having the best English or for fleeing foreign civil wars. Since its inception in 2003, the Welcoming Center has served more than 16,000 people from over 150 countries. And with Peter Gonzales at its helm, the organization is tackling misconceptions about the will of immigrants head on. Here’s how Gonzales became the selfless advocate he is today.

I grew up in… Jenkintown.

Growing up I was… the middle child in a mixed race family in the 70s. We stuck out in Jenkintown.

In school my favorite subjects were… Geography and Social Studies.

Teaching abroad in Poland and South Korea taught me… that teaching is actually a very challenging profession, and I kind of wish I had gone to school to learn how to be a good teacher.

I decided to go to law school because… I wanted to be like Paul Messing. I worked on a class action lawsuit about 20 years ago with Paul on behalf of the homeless community in Philadelphia. It was very inspiring to see how Paul represented these plaintiffs who were people literally just left on the street. He took on the police department and Philadelphia and won and was able to help change policies and the trainings the police department implemented on how to handle people who are homeless and people who suffer from mental illness and addiction.

A big lesson I learned as an immigration attorney… was that helping people navigate the complex legal system wasn’t satisfying. I really wanted to be a lot more involved in the lives of the people that I was representing, to connect them to other opportunities. I was a good attorney, but I always viewed the human being in front of me as being of greater value to my life and to this earth than the broken laws that I was trying to navigate. 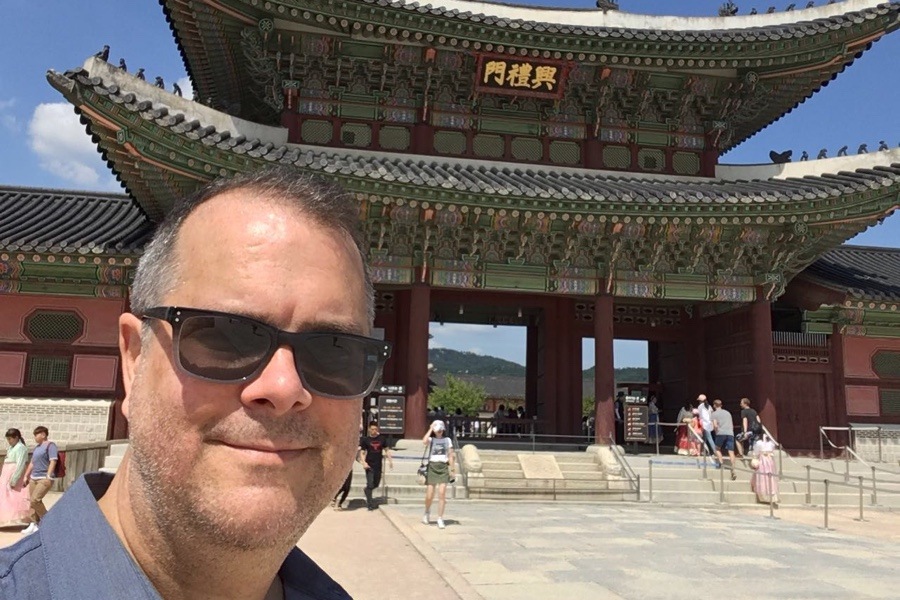 The Welcoming Center’s role is… to foster inclusion and belonging for all. We do it through very specific programs and a process we’ve developed over 15 years that starts with helping connect people to some economic stability or some job building a business. But it continues with improving their acquisition of language, cultural knowledge and customs, while also recognizing and appreciating, deeply, the skills, knowledge and experiences they come with. And then our role really is to create a sense of belonging, whether that’s helping someone establish themselves in their profession or get on the board of an organization where they have decision-making power for our community.

Some lesser-known services we offer include… the Global Access program to support international entrepreneurs who are launching their businesses in the United States. We also help U.S. startups launch their global business strategies by tapping into the wealth of knowledge and experience that the immigrants in our community already have. We have helped over 30 international companies launch in Pennsylvania. We want to expand this.

The biggest roadblock immigrants face when they get to Philly is… the social isolation and lack of social interconnectedness. People have to start over when they get here. So many people lose their family and friends. Those who grow up here take for granted what that support network means for them.

The most rewarding part about what I do… are the meaningful relationships I’ve been able to build with people from different parts of the world. I take it for granted some days. I’m looking forward to a time in the future when I get to go and visit the places and communities where my relationships come from.

A story about an immigrant connected to the Welcoming Center that I’ll never forget is… that of a woman from Yemen who came to the U.S. in the midst of a civil war in her country. She sought asylum in the U.S. after having served as an ambassador for her country and at the United Nations for many years. She’s highly accomplished, and it’s very unusual for a woman to reach this level and have to start her entire life over.

To try to even be accepted as a volunteer somewhere at first was a challenge for her. She eventually got connected through the Mayor’s Commission on Aging. She is an older woman. When I saw her resume and saw that she had been an ambassador and that she had lived in foreign countries and was a professor of Biology and food security and was struggling to even get a volunteer position in Philly, that was amazing to me.

We got to know each other right around the time Trump was elected. Her immediate family was physically assaulted in Philadelphia and told to go home. And I watched over the course of the next ten months during the travel ban how she would communicate with her mother via iPad as her mother was literally dying and eventually did die. She couldn’t go to visit her. The matriarch in her family was passing away during a travel ban and her daughter couldn’t reunite with her. In that same year, there were births of grand babies and the marriages of her daughters. Through it all, she remained positive and supportive of others coming to the Welcoming Center. She had gratitude that she had a home here. That will stay with me forever.

When I hear “Build the Wall” the first thing that comes to mind is… fear. Fear of the unknown. I think when you get to know who’s on the other side of that wall, you don’t want to build a wall. It’s hateful fear.

A mantra I have lived by is… life is short. Why wait to do things you care deeply about and want to experience? 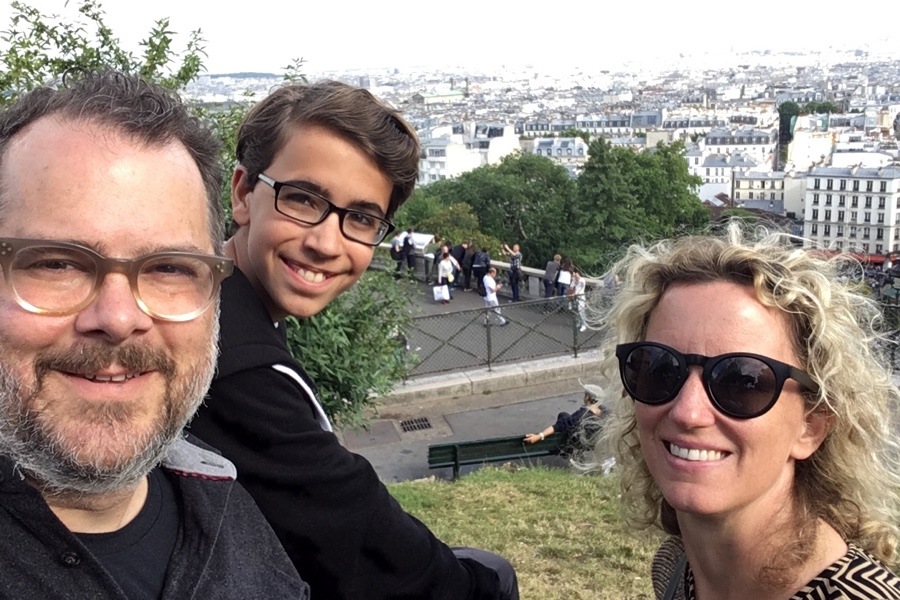 The last book I read was… On the Shortness of Life by Seneca. And it actually helped me think very differently about my mantra, which I’ve been saying to myself for the past 30 years. Life isn’t too short. Life is actually long if you know how to live it and if you know what to do with your time. It’s about being intentional and embracing the time you have on the earth.

Something people get wrong about America and immigration is… when people say immigrants should just “get in line” and “do it the right way.” That kills me when I hear that! When I started practicing immigration law, there were people who had been waiting for over 20 years in this proverbial line for a green card. And many of the people coming are experiencing significant security issues. The U.S. is as good a beacon of hope and a place where people look to to feel safe and protected. But now as I see people being stuck at the borders and parents being separated from their children when they cross the border — even if they’re here to seek asylum — there is a rush to enforce laws that are broken.

My job involves a lot of… relationship building and partnership building. It takes time because it’s all about building awareness around the value of our work.

I take my job seriously because… there are a lot of people who are increasing the demand for what we deliver. There’s a growing population of immigrants in our city that are coming from even more diverse places around the world that are facing many challenges. I have to make sure I’m building an organization that supports that community. I also have a lot of partners now who include funders and look to us to help them be part of this. We have to deliver on that promise.