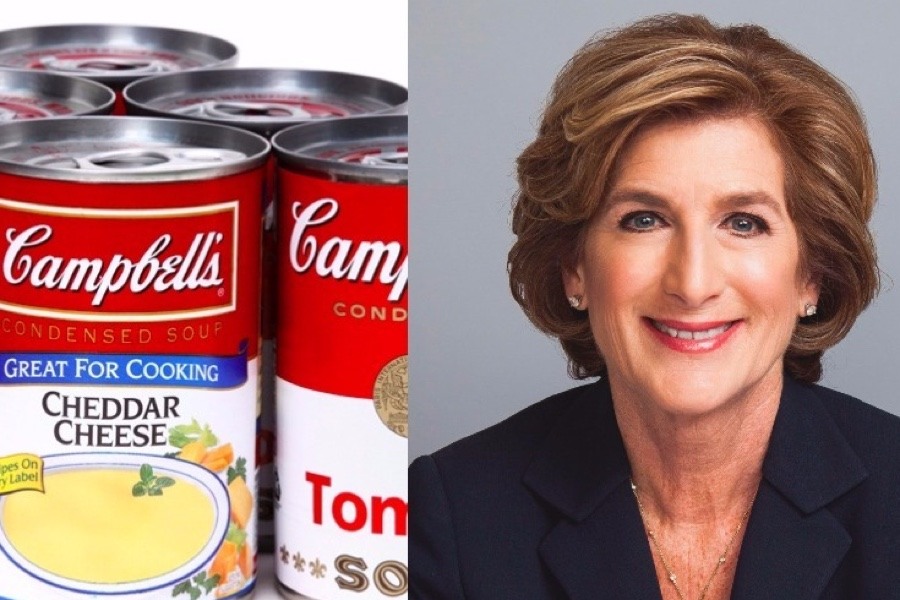 Campbell Soup announced on Friday that Denise M. Morrison is retiring immediately, stepping down as the Camden-based company’s president & CEO. The company also said that it would possibly sell some of its brands after failing to reach tangible success with its fresh foods efforts.

“I am proud of Campbell’s accomplishments and how we have transformed our portfolio amid changing consumer tastes for food and heath and well-being,” said Morrison, 64, in a statement.

Under Morrison’s leadership, Campbell Soup aimed to confront these consumer changes head on with a series of acquisitions.

Campbell’s shared fell more than 10 percent on Friday after the company announced the leadership shift and lower-than-expected earnings.

Campbell board member Keith R. McLoughlin will serve as interim CEO. “Having been a Director and observing the company over an extended period of time, I know where Campbell has been and where it’s headed,” said McLoughlin, “and am excited to lead the company as we continue to work to increase value for all our stakeholders.”

Board chairman Les C. Vinney said Morrison has made important contributions to reposition the company in the rapidly changing food industry.

“Denise has been able to significantly transform Campbell’s portfolio into the faster-growing snacking category with the acquisition of Snyder’s-Lance and increased the company’s focus on health and well-being with brands like Pacific Foods,” Vinney said. “Her actions have helped to enhance the long-term growth potential of Campbell.”

Morrison’s departure also cuts the number of women running big U.S. firms — those in the Fortune 500 — to just 23. And in the Philadelphia region, the top 20 highest paid CEOs list will be dominated by men — hopefully temporarily.