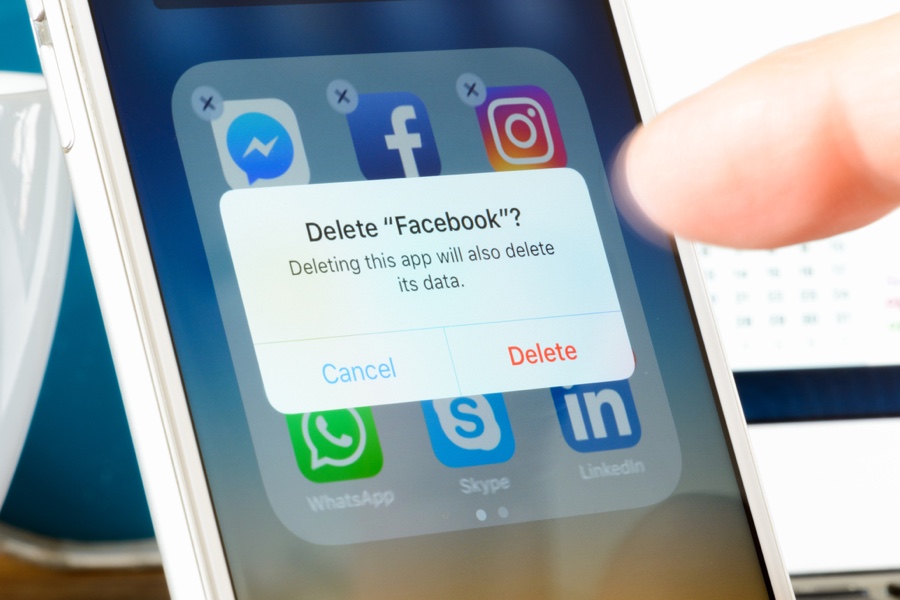 The #DeleteFacebook movement has some of us wondering whether Facebook will be around in five years. We turned our backs on MySpace, but can we actually do the same with Facebook? Gabriel Weinberg, the founder and CEO of the privacy first internet search engine DuckDuckGo, says we absolutely can, and now is the time.

Facebook’s major mishandling of user data in the case of Cambridge Analytica came to light last month when it was discovered that the U.K.-based political data analytics firm obtained unauthorized information on 50 million users without their knowledge or consent. And as with the tech giant’s previous privacy entanglements, CEO Mark Zuckerberg has promised to make changes. But a number of users are saying they’ve had enough.

DuckDuckGo surveyed 1,1153 U.S. adults last month and found that more than half of respondents plan to share less personal information with Facebook and said they weren’t opposed to government regulation of the platform. About 37 percent of survey respondents who were aware of the Cambridge Analytica incident said they are now more likely to delete Facebook. I talked to Weinberg about what’s really at stake in this latest big tech privacy debacle and whether users have the power to change Facebook’s actions. Here’s why Weinberg says users should disengage, with not just Facebook but also Google, as much as possible now.

Biz Philly: What’s at stake with the Facebook-Cambridge Analytic incident that came to light last month?
Weinberg: The Cambridge Analytica incident, and the coverage surrounding it, is making most people aware of how much data large tech platforms, mainly Facebook and Google, have about them, which can be used to manipulate them online via targeted ads or the filter bubble.

Biz Philly: Should people be more or less concerned? And what should they even be worried about?
Weinberg: Our study shows people are more concerned, and rightfully so. People didn’t realize the vastness of the data that is being collected about them, the extent to which it could easily be shared, and how their own data can be used to attempt to manipulate them.

They should be worried about sharing too much information online and seeing tailored ads and biased results.

Biz Philly: People are deleting their Facebook accounts. Is deleting Facebook a solution? What do you think is *the* solution?
Weinberg: From a consumer perspective, two steps go a long way for a personal solution. First, yes, disengage with Google and Facebook as much as possible.

Second, you still need to block their trackers across the web, which are collectively on a majority of sites, watching your moves online, outside of their products.

DuckDuckGo offers a browser extension and mobile app with the privacy essentials everyone should have when they search and browse: tracker blocking, private search, smarter encryption, and privacy grading.

Biz Philly: What do you make of Zuckerberg’s statement? Is Zuckerberg likely to follow through on his promises?
Weinberg: It’s not nearly enough, and Facebook has a history of not living up to its privacy promises. I believe some type of government intervention is needed.

Biz Philly: Has this breach ushered in a new level of distrust between big tech and consumers?
Weinberg: Yes, our study shows consumers are now rightfully more wary of how their personal information is being used by Google and Facebook, and are actively seeking out privacy tools and services like the ones we offer.

We need to keep up the pressure to ensure that real change takes place. Companies do eventually react to sustained consumer sentiment, as do governments. If we can keep demanding better privacy online, we will get more of the online experience we deserve.

Getting online privacy should be as easy as closing the blinds, and that’s what we’re trying to do at DuckDuckGo. We want to help set the new standard of trust online.