I Love My Job: The CEO Behind Those #PhillyWantsLeBron Billboards Is Not Done Yet 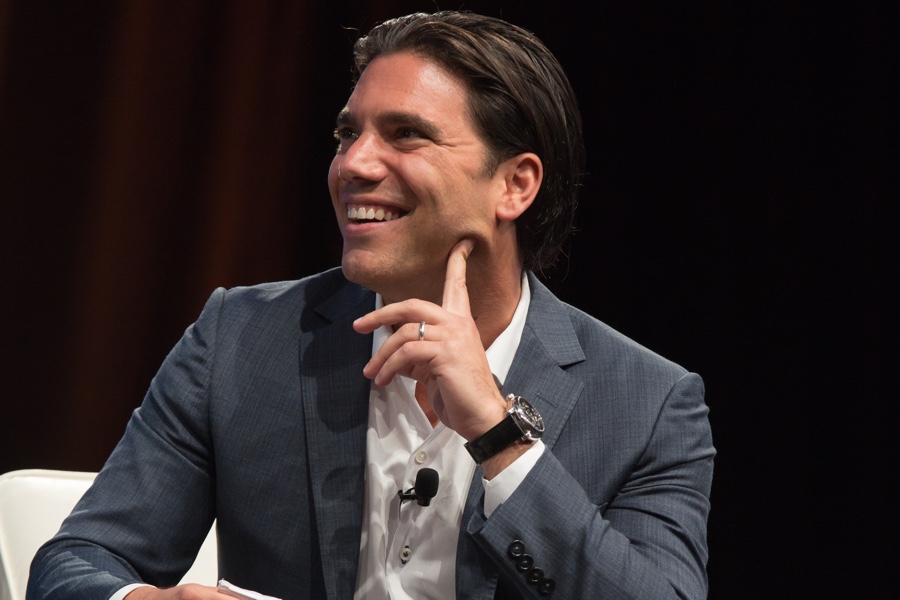 Last month, the country was rocked by a marketing feat that got the attention of big media outlets like ESPN. Chester’s Power Home Remodeling put up three billboards outside Cleveland to entice LeBron James to join the 76ers. The billboard’s core message—#PhillyWantsLeBron—is now a viral phrase with about 2.5 billion social media impressions. Power co-CEO Asher Raphael wants the country to know that the company’s not done yet. The bold marketing move was simply an extension of Power’s culture and its commitment to its people and the region, Raphael says. There’s certainly more where those billboards came from.

But the recent stunt isn’t the only reason to look to Power for inspiration. The exterior home remodeling company of 2,500 has been included on basically every “best workplace” list ever. A seven-time Inc. 5000 company, it’s been crowned: No. 1 Best Place to Work for Millennials (Fortune), one of the 100 Best Companies to Work For (Fortune), No. 15 out of 50 Best Places to Work (Glassdoor), and No. 1 Best Workplace for Camaraderie (Fortune). Raphael and co-CEO Corey Shiller were on Glassdoor’s Highest Rated CEOs list for three years in a row beginning in 2015. Power was Asher’s first job out of college, and now he’s looking to double the company’s size in the next four years. He tells us all his secrets. (Warning: This interview might make you apply for a job at Power.)

I grew up in… New York. I went to three different middle schools and two different high schools, so it’s kind of difficult to call any one place home. All the places that I lived were within 30 minutes or so of Manhattan.

My favorite subject in school was… my history and civics classes, though none of my classes particularly loved me. School really difficult because I’m dyslexic. Despite the difficulties, I always loved learning.

I came to Philly because… I went to play soccer at American University in D.C. for college. After graduating, I moved to Philly just for one year as a sort of pit stop before I was planning to go to law school. But I absolutely fell in love with the city and fell in love with Power.

A random hobby of mine is… surfing. But unfortunately, it’s becoming more and more random each year because of more time traveling for work. Every time I get a chance to get in the water, I still love it.

PowerHome Remodeling is growing so fast because… years ago we decided to base our business model on acquiring talent, and then investing and developing that talent as leaders. Simultaneously, we invested in technology. These focuses have allowed us to expand throughout the country and relocate our leaders to help us plant flags to what hopefully will be every city in the country. We’re now in 14 cities and plan to open two new offices a year for the next five years. 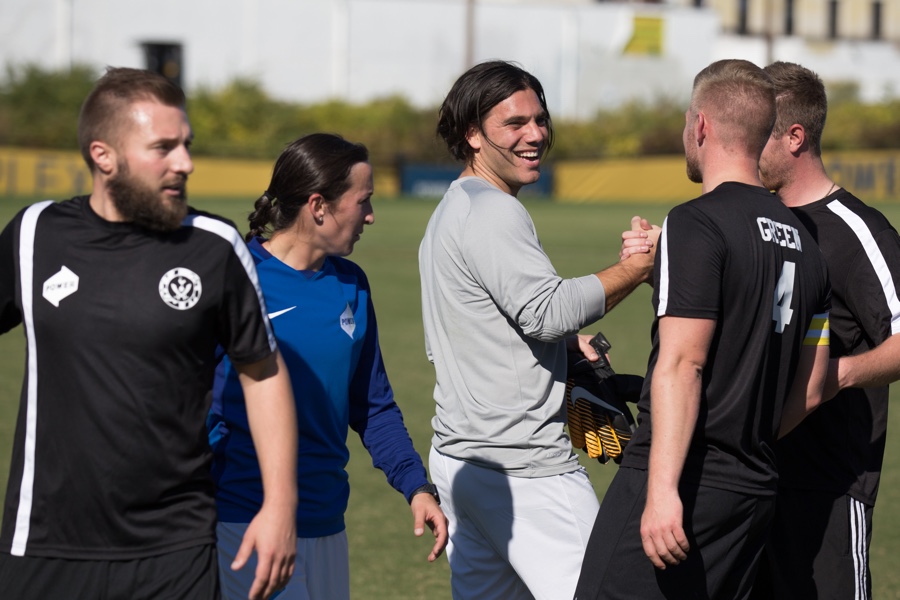 We’re based in Chester because… when the business started going through our major growth phase, we needed to find space that could grow with us. We needed a location that could be easily accessible to all of the points in the Greater Philadelphia area. What was most important was that we wanted to be somewhere we could make a difference. We’re a mission driven business, and we wanted our headquarters to be part of creating positive change. When we found our location we were just excited to be part of the revitalization of Chester and the overall growth of the Philadelphia region.

Our new headquarters… sit right on the water of the Delaware River, right next to an MLS stadium, where our people can just walk across to. There’s a big grass field behind our building that we utilize for a big blowout Friday throughout the year. It gives us a chance to walk on the waterfront everyday, which is good for the soul.

I’m inspired by… the people that I work with day in and day out. Seeing people accomplish things as a team, seeing people step into their potential. Also, watching anyone perform any task that they have mastered inspires me.

To relax I like to… listen to music, a really eclectic mix of music. Part of my morning routine is finding an hour listening to and finding new music. I’m really addicted to Spotify, like in a bad way. There’s nothing more inspiring and excited then finding new music. Music is a big part of our culture at Power, too.

I saw the movie Three Billboard and thought… it was some of the best acting that I’ve seen in a really long time, and it was an amazing story. I also thought it was an incredible idea.

A Philadelphia-based company put up three billboards on highway to downtown Cleveland this morning saying that city wanted LeBron. Here they are in order. pic.twitter.com/vntsa8h3mE

The #PhillyWantsLeBron billboards project was so effective because… I think the Sixers are the best fit for LeBron. And because we’re a really proud sports town in Philadelphia. But I also want to give the most credit to our creative team at Power. I think they did such an amazing job putting something up that was in equal parts creative, beautiful and smart. We created a national dialogue and were a leading voice.

We chose to invest in the billboards because… it fit our brand. Not only does it show the love for our city, but we wanted to create a national dialogue about the city. Most importantly, we knew that our people would think that it was cool and would love it.

The boards cost… I’m not going to disclose that but it was certainly worth it. The reaction has been overwhelming and priceless.

My liquor cabinet is always stocked with… Crown Royale.

I splurge on… experiences. We surprised sixteen employees that were with us for the longest time with a trip to Ireland. We spent seven days traveling around Ireland together. It was incredible.

My bedtime is… normally 1 a.m. 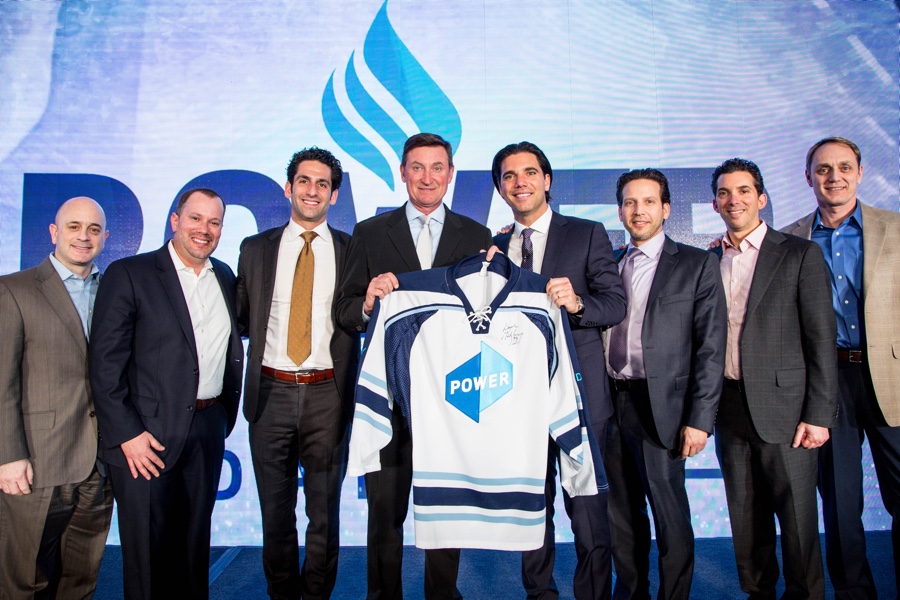 Power Home Remodeling keeps popping up on national “best workplaces” lists because… being the best place to work in the country is our number one goal. When you make all of your decisions based on that, your choices end up aligning with the vision.

The one word I’d use to describe our workplace culture is… great. It’s great people doing really great things and having a really great time doing it. That’s not one word but hopefully that counts.

Some unique perks of working at Power Home Remodeling include… giving a once in a lifetime experience, several times a year. We take a holistic approach to our business. We take every one of our employees to Mexico with a guest each year. We’re also hosting leadership conferences and summits that allow our people to hear national figures up close and personal. 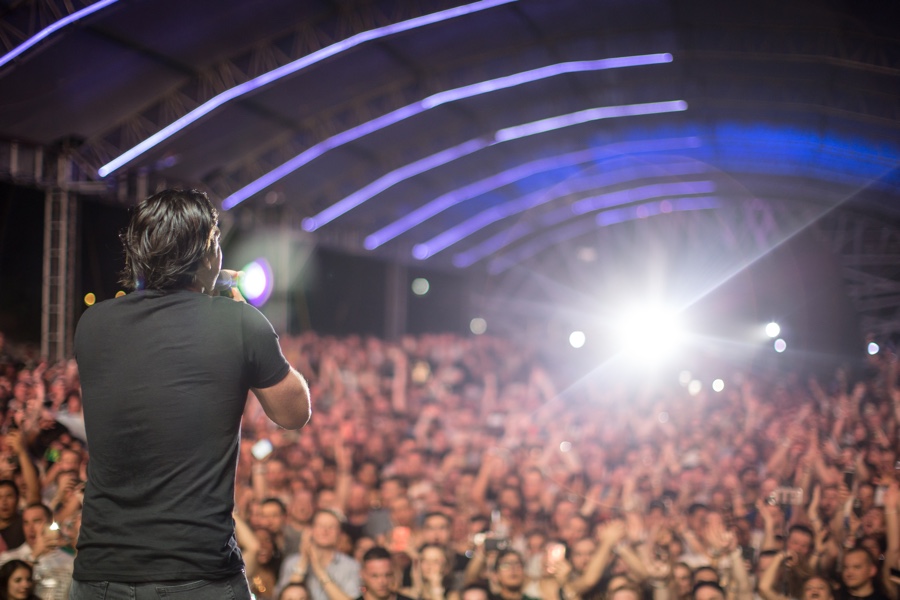 People say it’s a bad business decision to treat our employees well because… people who say that are focused on short-term profitability. They think of it in terms of strict definitions of ROI. For those people, it’s really about cutting costs and increasing profits. That may make good business sense if you’re focused on just one quarter, but you can’t build something that’s built to last if you have that mentality.

Millennials make up a big part of our team because… we’re not concerned about millennials job-hopping. I think in general there’s a big misconception about millennials. If they’re job-hopping, it’s because the organization wasn’t doing enough to keep them. Millennials are specifically mission driven, and they want to find something that they can believe in. Unfortunately, there aren’t that many organizations or institutions that are worthy of their hard work and sacrifice.

At the company, the McEvoys are… hilarious, hard working and talented. There are a lot of families here at Power. My sister and brother both work here as well. The McEvoys are another example of one person starting here and loving it, then bringing another person in, too.

Something many companies get wrong about workplace culture is… that there are way too many conversations about perks. Ping-pong tables and bean bag chairs are nice, but great culture starts and ends with people. That’s why you go to work everyday and stay at work, because of the people. Create an environment where people are challenged and work together to solve problems.

We prefer that our workers dress in formal business attire because… we want to shatter the misconception that our industry is unprofessional and unsophisticated.

A CEO whom I admire is… Mike Brady. He’s the CEO of a company called Greyston Bakery. They have this slogan, “We don’t hire people to bake brownies, we bake brownies to hire people.” That slogan articulates how I felt about Power for a really long time. It’s something I inspire to do a better job of. 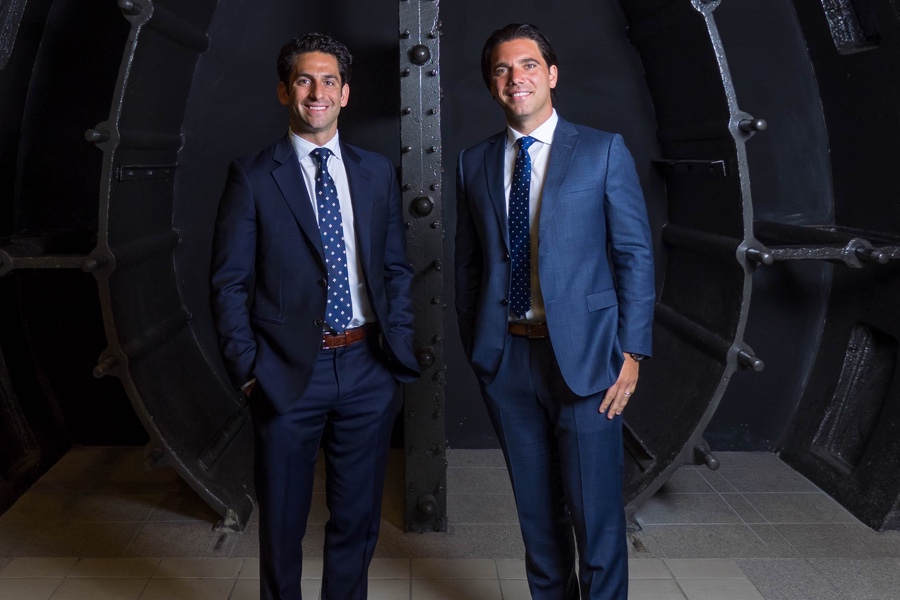 The last book I read was… Unfuck Yourself by Gary John Bishop. It’s about the role that internal talk has on our outcomes. The thesis of the book is that we are wired to win and that we have the exact lives that we are willing to put up with. It’s definitely worth a read.

If I weren’t in home remodeling I’d be… a teacher.

Power has used technology to… build a proprietary software that runs our entire business. Everything from talent acquisition to business intelligence and internal social networking is done on there. It’s truly become a competitive advantage, and it will allow us to maintain rapid growth.

A big misconception about the home remodeling industry is… that people don’t think that good people are in our industry. I work day in and day out with the most talented and smartest people that I’ve ever met in any industry.

The Eagles victory is good for business because… I think happy employees are better employees. I don’t think I’ve seen happier employees than I did after that Eagles win.

The least exciting part of my job is… writing something that I know a lot of people will be reading, since I have dyslexia.

A difficult business decision I’ve made recently is… running the billboards. We usually stay under the radar, so we had to decide if it was the right thing to do. But we knew our people would love it.

The best piece of career advice I’ve ever been given is… in times of success, look out the window to your people’s hard work and dedication. In times of failure, look in the mirror for how you could have done a better job.