The mega conference is THE place to network, pitch and be inspired. These Philly entrepreneurs tell all about what they saw and did. 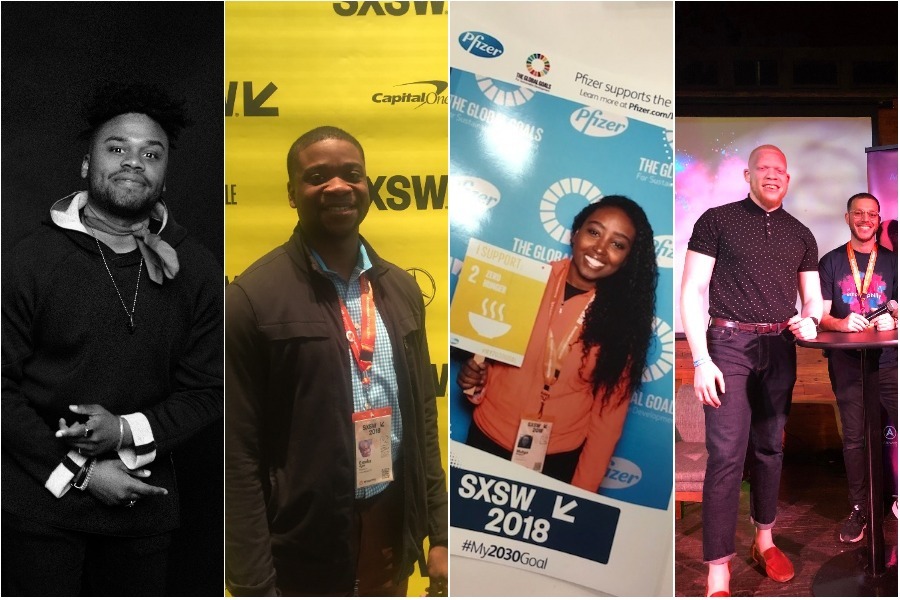 Philly entrepreneurs took SXSW by storm this week, and four of them — all first-timers to the conference — tell Philly Mag what it was like to put themselves and their businesses out on the national stage. One founder pitched her business before a crowd of 200 people for a chance to win a $10,000 grand prize from a Silicon Valley VC firm. Others planted the seeds for new business partnerships. And they’re all taking something back with them to Philly. Here are their takeaways: 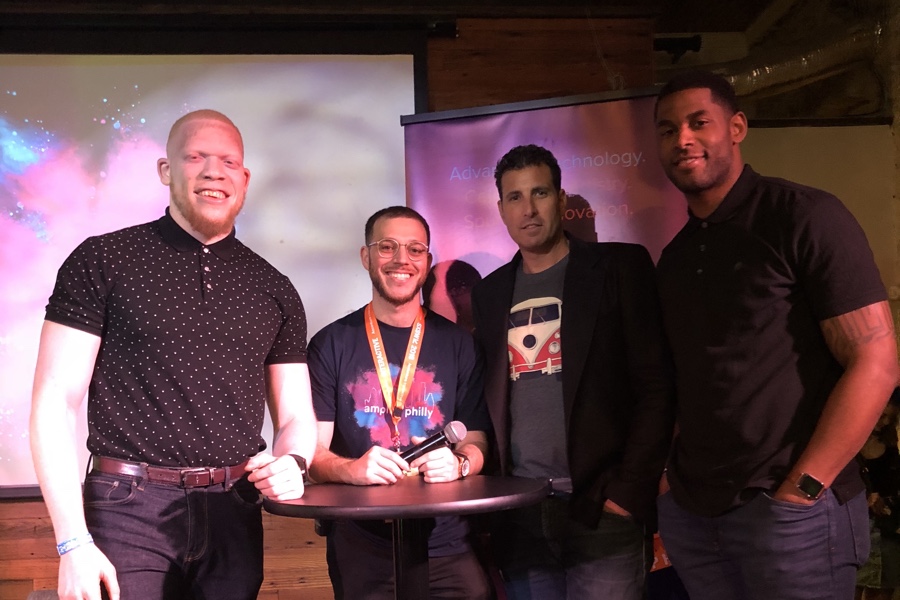 As a first time SXSW-goer, the experience was much more than I expected. I knew what Amplify Philly had on the agenda, but walking into the house for the first time Sunday morning, I was truly overwhelmed with how meticulously planned every detail was. It truly was a “Philly House,” complete with all the favorites from home: La Colombe coffee, Philly’s favorite local brands showcasing their newest stuff, even clips of the Eagles and The Fresh Prince playing on TVs around the house. Not a lot of people understand that SX is so much more than just a music festival. It’s a gathering of innovators and creators. People who are implementing change in their communities and want to showcase — and amplify — that change.

What I, and my team GoBabl, gained from the SXSW experience is knowledge and networking. I had a Moleskine for notes that was filled pretty quickly. The panel speakers brought light to the modern novelty taking place in Philadelphia to not just visitors of the Amplify House, but also those who are a part of the city, including myself. And besides some of the crazy creative business cards I came across — I received one that actually glows in the dark — I think that I learned the needs of other businesses and organizations.

I’m excited for GoBabl, as an emerging geofencing platform, to implement those strategies to meet their demands. Since GoBabl is a Philly-based startup, I believe we made major exposure with already-established Philly brands. It was so motivating discussing what it is we do in geofencing and location-based social media monitoring and have almost everyone say: “I need you guys!”

There were times I wish I could have been in two places at once because there were so many interesting panels and presentations happening at the same time! I would love to bring more of the team down next year so they can experience it all as well. And then we could all compare notes. Besides that, I wish I just took more advantage of the free La Colombe coffee!

As a cofounder and CEO the most impactful moment was hearing Emeka from Peoplejoy speak on his panel. I didn’t realize how much relationship building it takes to create impactful business dealings. I spent a lot of time with other founders like Rudiger Ellis from Switchboard Live, Bea Arthur from The Difference, Robert Moore from Stitch and Philly Startup Leaders and so many more. We started to build friendships and that is what leads into business later. We danced to Philly sounds, ate Philly food, and learned about each other’s founder woes. A lot of their daily concerns were some of the same that I shared. But instead of talking about problems all week, we enjoyed each other’s company.

This was impactful for me to just be able to see that I was dealing with real people. On another note, the trade show was crazy! The type of technology that is being built would scare anyone. I saw sushi 3D printed! Philly needs to get and keep talent in the city. The future is here. 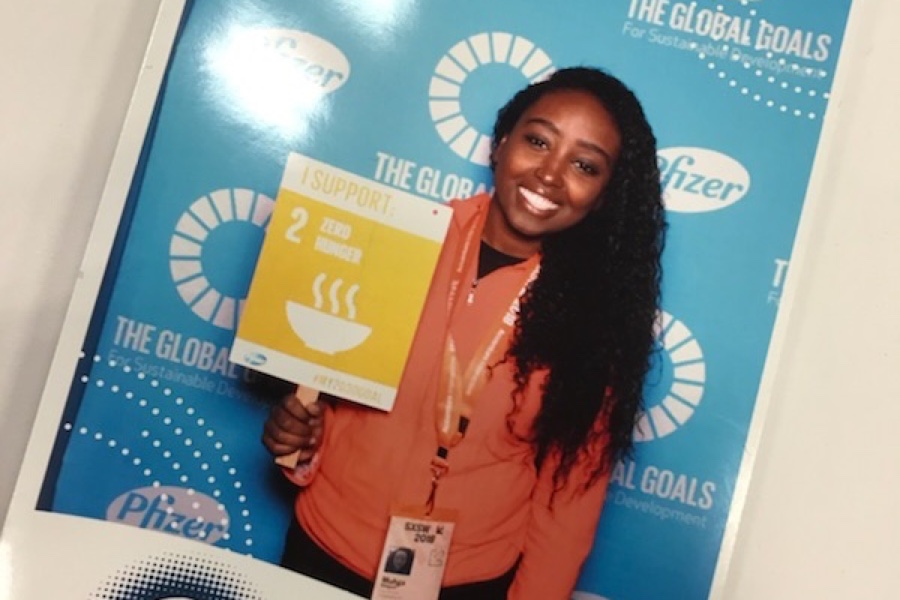 This week I found a lot of people to network with, some of whom I’ve already followed up with. The networking was the strongest gain for me. I met two people who I’m looking to collaborate with.

I also took part in the Pitch Black pitch competition where I pitched my company NaturALL club for a chance to win $10,000. The competition was exclusively for black female founders and just ten of us were selected. The nine other women were incredible and their businesses were at different stages. I’ll definitely stay in touch with them.

Another highlight at the Amplify Philly house was Glbl Vllg’s jam session. They held it outside on the house’s balcony. It was everything. It was powerful to see people from all around the country jamming with Philly artists.

While I wouldn’t have been able to experience a lot of this without the SXSW badge provided by the city, I realized that a good amount of things I went to didn’t require a badge. Many events just required an RSVP. 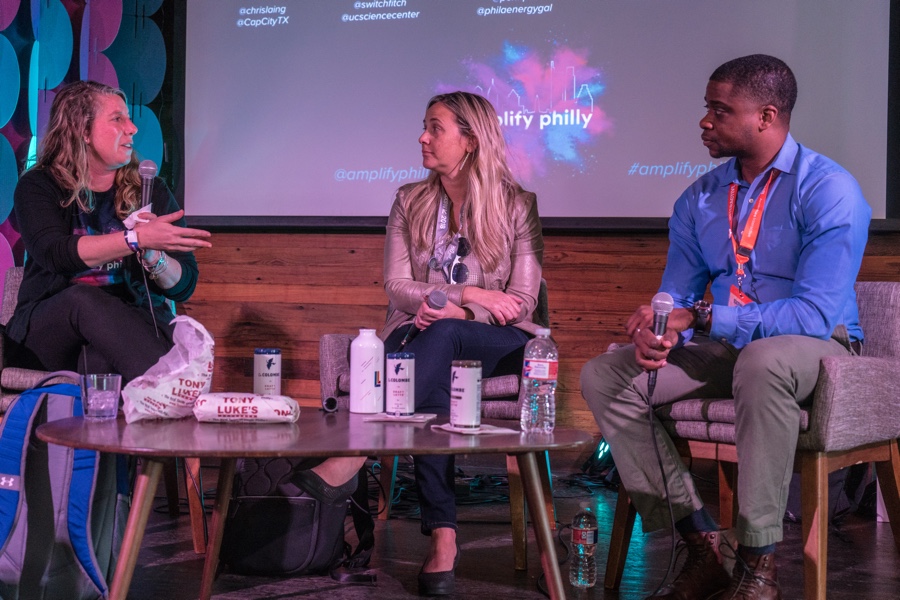 I was honored to be selected by Mayor Jim Kenney and the City of Philadelphia to help represent Philly’s diverse startup scene. Being a minority founder, the opportunity to network with other black and brown founders and investors at SXSW was invaluable. I also had the opportunity to speak on an amazing panel at the Amplify Philly house and share how employers are using PeopleJoy’s student loan assistance platform to attract and retain talent by helping pay off their student loans.

Cities and countries often compete at SXSW for the best “activation” to showcase companies, artistry, and technologies. Amplify Philly had the best activation house hands-down. I mean what other activations had DJ Jazzy Jeff and the Super Bowl Champions? One of my biggest takeaways from SXSW will be the stronger relationships I developed with other founders and business leaders in the Philadelphia community. This was my first SXSW but definitely won’t be my last. 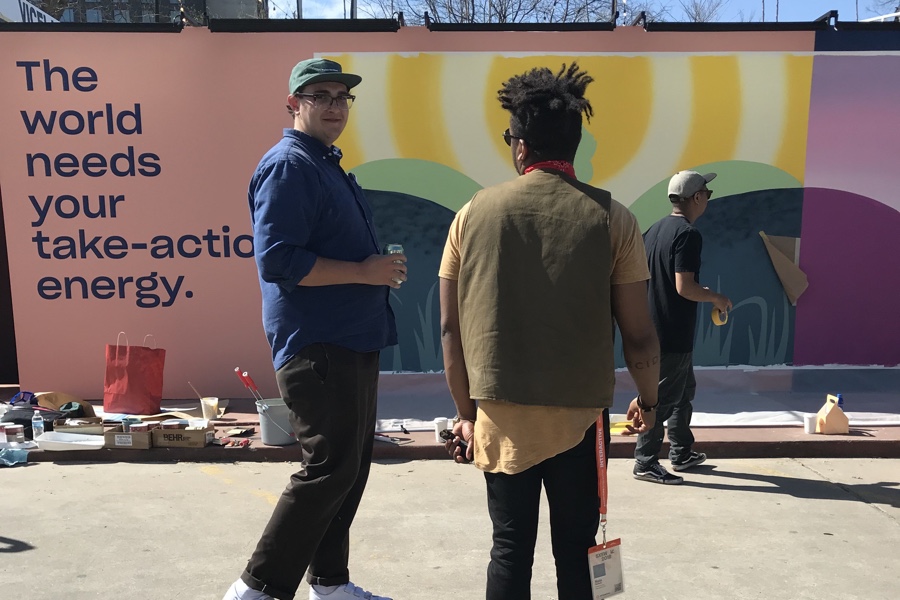 I was thoroughly impressed by the City of Austin, the conference’s programming, and the attendees. Any expectation I had about feeling overwhelmed or exhausted was demystified by the warmth of the people, places and things. I got a ton of value out of the sessions that I made it into and was humbled by the open spirits of co-attendees.

I gained industry knowledge and trend forecasts from industry leaders that I could immediately share with industry professionals at the conference to build on the new perspectives. Additionally, I established true and meaningful national and international relationships with creatives, marketers and entrepreneurs.

I went to a session titled, “Beyond Ads: Become Entertainment,” and it motivated me to do a ton of things to my business. The biggest takeaway was treat content, not as “content,” but as, “entertainment.” Creative should be meaningful, and not just something we shot, wrote or filmed just because. Palette Group is an agency that creates and positions brands on platforms where content is consumed daily so this distinction was pretty great to learn.

I also slipped into a film because of a talk I attended about a new form of filmmaking and was blown away. I still get chills thinking about the movie “Profile.” It was one of the first films to take place entirely on someone’s desktop as if you were on a screen share for 104 very emotional minutes. I wish I could have seen more films. Overall, the entire SXSW experience was cool and impactful. It was a wave of serendipitous moments that I rode for five days.