Think You Know Philly? Design Your Own Tour (and Make $$$) Through This New App

This Philly-based platform wants to redefine sightseeing for locals and visitors. 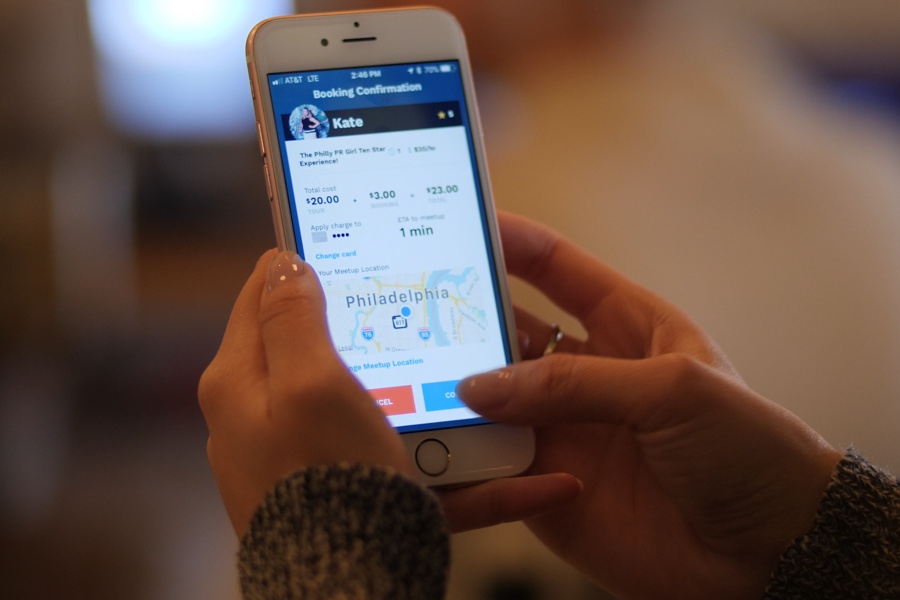 Some say the key to traveling is visiting friends in foreign places, but how many of us just happen to have buddies conveniently located in all of our bucket-list destinations? Because that’s hardly ever the case, one Philly startup has set out to make it easier for travelers to meet locals and see a new place through their eyes. The startup is called Zeeno, and it’s offering on-demand tours for visitors, completely hosted by locals. The app officially launches in Philly next month and hundreds of Philadelphians have already signed up to give visitors their personalized view of the city.

Tours on Zeeno aren’t limited to traditional “touristy” locations like the Liberty Bell and Art Museum because we all know there’s more to see and do in the City of Brotherly Love and Sisterly Affection. There are tours for shopping, nightlife, art, culture, sightseeing, food, and more all designed by locals. Plus, guides can choose their own rates and their availability. That means, if you’re a Philly nightlife fanatic, you could deliver your tour of Philly’s club scene at 12 a.m. on Saturday night. And you’d set your own rate.

When I scrolled through the app, I found neighborhood specific tours like “South Philadelphia Heart,” “University City to West Philly,” and “Old City Through the Eyes of an Architect.” There were many unique concepts like “Accessible Philadelphia,” designed by an occupational therapist for people with physical disabilities. The two priciest tours on the app “Food, sight, and night” hosted by Alexe for $90 an hour and the “Ben Franklin Portrayal” tour hosted by Mitchell Kramer for $67 an hour. Zeeno co-founder and CEO Torey Wergelis-Isaacson tells me that on average, tours cost $37 per hour and last for about two and a half hours. 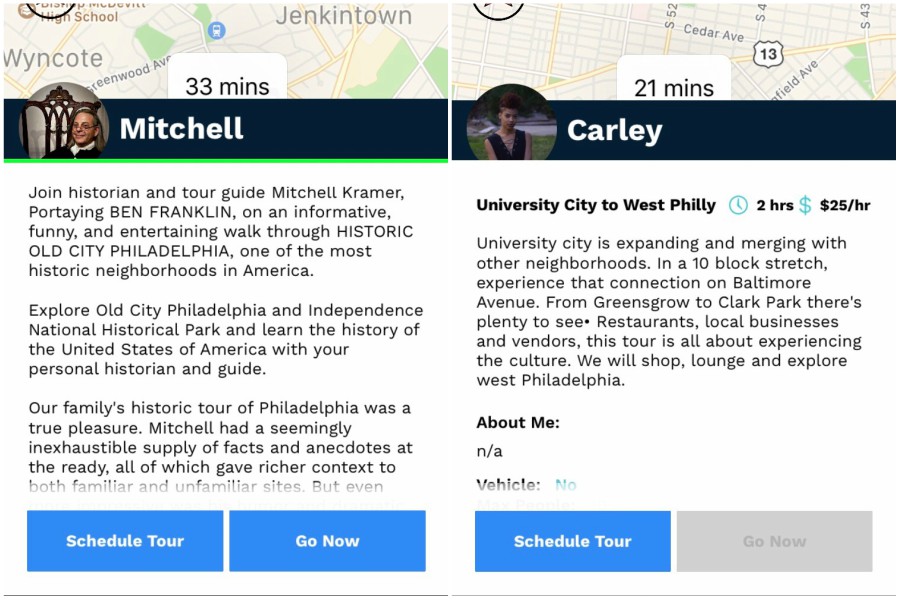 Wergelis-Isaacson says he got the idea for the platform after teaching and traveling overseas and constantly having to take tours on other people’s schedules. He wondered why finding and locking down tours always took several hours of intense Googling. He also wasn’t thrilled that most tours had to be scheduled far in advance and were often expensive.

“We really wanted to connect travelers to local people more efficiently to give them unique experiences,” Wergelis-Isaacson told me. “We’re the only platform that offers on-demand tours and Uber-style booking.”

Zeeno launched a beta version of the app last fall and users a chance to provide feedback. Since then, the company has integrated scheduling and filters. With scheduling, visitors can book tours ahead of time. For example, the guide hosting the King of Prussia mall tour could turn her pre-planned personal shopping trip into an opportunity to meet visitors and make money. “We found that many people valued the on-demand aspect but also wanted to be able to plan things out a bit farther in advance,” Wergelis-Isaacson said.

With filters, users can now search for tour guides by language and activity, for example. The company also discovered that people who typically use the app are visitors who come into the city from other U.S. cities for the weekend for business and leisure.

Zeeno, currently a team of just ten (five full-time, four part-time and one intern), also conducts background checks on all guides. It takes just one and a half weeks for guides to get set up. “We’re just looking for people who know what they’re talking about and people who can offer a unique perspective on the city,” Wergelis-Isaacson told me. Zeeno does not require that guides have any special accreditation.

In time, Wergelis-Isaacson is eyeing warm cities for a Zeeno expansion. “We’ll use the Philly launch to make sure everything goes well. Then our game plan is to expand in another city or two, somewhere where winter doesn’t take a big toll on the tourism industry.”