The company mined its data to determine which game day spots drove immediate sales for brands. 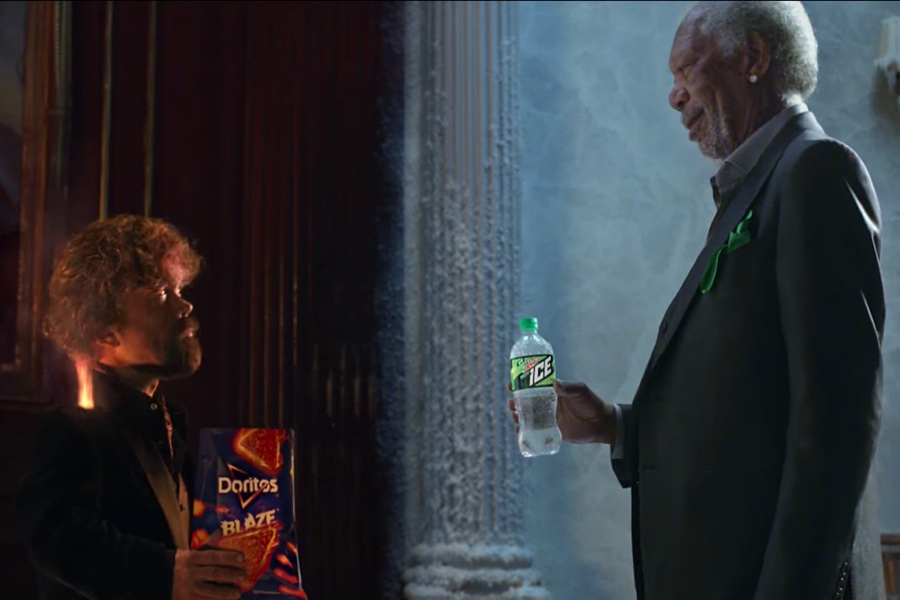 On Sunday, advertisers had just 30 seconds to capture the attention of 106 million viewers who tuned into the big game. They coughed up $5 million apiece to Comcast’s NBC, so was the investment worth it? New data from the delivery service goPuff says yes, but there are both winners and losers.

The startup looked at real-time orders in big markets like Philly and Boston and compared the timing of products purchased to the airtime of each commercial. The comparison helped them see exactly which Super Bowl spots resulted in real purchases.

Mountain Dew came out on top. During the first quarter, sales of the beverage grew 17 percent immediately following Morgan Freeman’s ice cold freestyle. Pepsi also saw a lift in sales. During the second quarter and during the halftime show following its commercial, sales grew by 12 percent.

Game of Thrones thespian Peter Dinklage gave Doritos a boost with his rap battle against Morgan Freeman. The Doritos Blaze ad grew sales by 10 percent for the brand right after it aired.

Both Pringles and M&Ms saw sales growths but they weren’t quite notable. Pringles sales went up by eight percent in the second quarter immediately following the brand’s ad with Bill Hader. M&M‘s growth fell short, climbing only 6 percent in the first quarter after its commercial.

The lesson in all of this? Do better, advertisers. GoPuff says it hopes brands use the data to make better advertising decisions.

“Our data offers key insights to the behavior of consumers all year,” said goPuff co-founder Rafael Ilishayev, “But the information found on one of the busiest snack days of the year can help brands shift their tactics and advertising dollars for the remainder of the year to develop campaigns that drive sales.”

The company also looked at its data to determine the top ten items Philadelphians ordered between 3 p.m. and 10 p.m. You can check out that list here.