Should We Be Worried About Market East?

Opportunities to remake an entire shopping district don’t come along often. Is Philly on top of this? 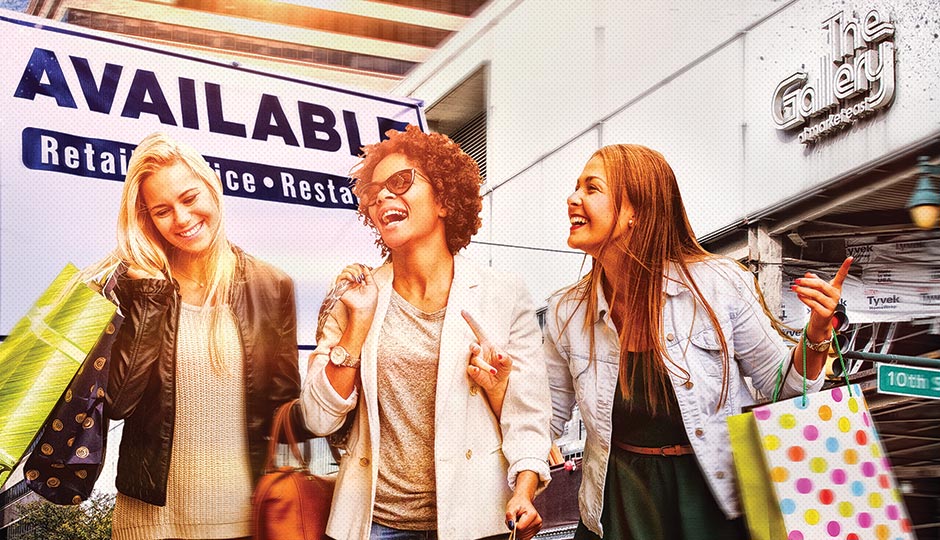 All eyes are on Philadelphia’s Market East district, the relatively small patch of city that could soon be the site of Philadelphia’s latest great reawakening. A handful of giddy developers are squeezing hundreds of units into apartment towers that now dot the streets of the district, and retail announcements are slowly rolling in. The mixed-use, city-block-spanning East Market project alone is promising a T.J. Maxx, a City Fitness, a Wawa, and an outpost of Iron Hill brewpub. A new Five Below recently opened, and MOM’s Organic Market and Target are already top performers. Optimism practically overflowed in May when real estate analysts at JLL proclaimed Market East the country’s most desirable retail corridor.

But lately, uncertainty regarding one of the neighborhood’s most-watched projects — the redo of the fortress mall once known as the Gallery — has some folks wondering if developers overshot their mark. Just when we were getting excited about outlet shopping on our lunch break, the much-ballyhooed Fashion Outlets Philadelphia concept for the reborn Gallery was scrapped for a more traditional retail mix. (Industry observers thought outlet shopping could be a bulwark against e-tail.) That the rechristened “Fashion District Philadelphia,” which still hasn’t committed to an opening date, has announced just a handful of tenants has spurred nervous hand-wringing in some corners.

“The project won’t make sense if the plan is to just reproduce stores that are elsewhere in the city,” says Wharton marketing professor Barbara Kahn. For instance, does Center City really need a third H&M? “And if there are vacancies in the mall and on the streets of Market East, it will send a bad signal to consumers that this place is still not open for business.” 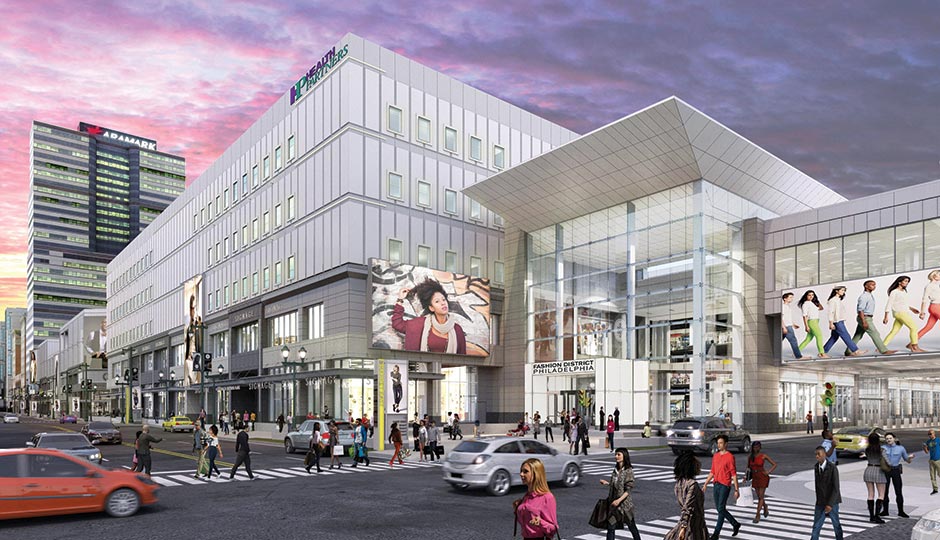 An early rendering of the proposed Gallery redo. Courtesy of JPRA Architects

JLL’s analysis was predicated on low rent-per-square-foot. Between 2017 and 2019, Market East will have nearly one million square feet of new or renovated retail space coming, the report found. Is it too much? “We’re looking at this area’s absorption rate, and right now, supply is being absorbed slower than most would like to see,” says Douglas Green, a managing principal at MSC Retail, a Center City real estate firm. But even so, Green believes that once stores begin to open, things will fall into place: “You’ll find that in the next 12 to 36 months, the absorption rate will increase tremendously because Iron Hill is going to open, and AT&T and Wawa and T.J. Maxx … ”

John Connors, a developer with Brickstone, the firm behind the newly opened Fine Wine & Good Spirits and PetSmart nearby on Chestnut, shares Green’s optimism. “We were shocked by the incredible pent-up demand for retail in the neighborhood,” he says. “South 11th Street is unrecognizable from what it was 24 months ago.”

Joseph Coradino, the CEO of PREIT, which is leading the $350 million Gallery makeover with real estate trust Macerich, says observers need to get a few things straight. First, this isn’t going to be a mall — at least, not a traditional mall. It’s a building atop a train station that delivers 22 million commuters a year. That distinguishes it from the average suburban mall. And that it won’t be inward-facing like the Gallery changes everything.

Coradino emphasizes that “only bad malls do poorly.” His team says the development is about 70 percent committed, with retailers that include Skechers, Columbia, Francesca’s and Burlington. For entertainment and dining, they’ve announced an AMC movie theater (brokered by MSC), Market Eats (an upscale food court), and an as-yet-undisclosed European food retailer’s first U.S. location. “If I’m not antsy about this, you all shouldn’t be,” Coradino says, as only a Philly guy can. “I’m a Philadelphian born and bred. I live and breathe Philadelphia. And when this is done, we’ll have redefined Philadelphia retail.”

Published as “Should We Be Worried About Market East?” in the December 2017 issue of Philadelphia magazine.