I Love My Job: Farmer Norm from Linvilla Orchards 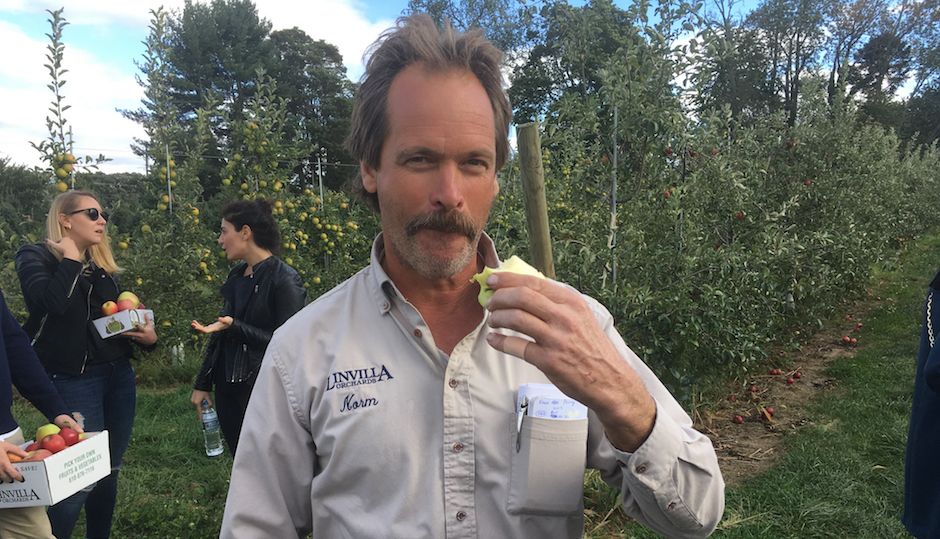 Farmer Norm Schultz takes a bite of an apple at Linvilla Orchards.

Delaware County farm Linvilla Orchards is always busy. But the next couple of weeks, with Halloween pumpkins and pick-your-own apples in full swing, are by far the busiest. So we thought we’d check in with Linvilla farm manager Norm Schultz.

I grew up… in Yeadon, right outside of Southwest Philly. I graduated from Monsignor Bonner. Then I went to Villanova for electrical engineering. But I left after a year-and-a-half and went to DelVal University for agriculture.

My desire to farm came from… my grandparents. My grandmother immigrated from Europe in 1911. Most of the people in their community there would garden every inch of their yard. And then my grandfather on the other side had a big plot in New Jersey that I would help him with in the summer. Whenever they would give you those tests when you were a kid, and they ask you what you want as an occupation, farmer was always on there for me.

I came to Linvilla… in 1998. There was a big fruit-and-veg convention in Hershey, where I found out that Linvilla was looking for a farm manager.

The best thing about my job… is that I wake up every day and I can’t wait to get here. My Uncle John told me: Do the job you love, and you’ll never go to work another day in your life. Linvilla has given me the freedom to grow the crops I want, they let me bring in Christmas trees, they let me bring in the fishing pond. It doesn’t feel like work to me at all.

The worst thing about my job is… the weather. We had a hail event one year that destroyed the entire pumpkin crop. A rain event can take a whole year of work. Last year, we lost 70 percent of the peach crop due to a freeze. We all know you can’t do anything about the weather, but that doesn’t make it hurt any less when you see a crop destroyed that you were just about to pick.

My favorite thing to grow is… a battle between strawberries and peaches.

The most profitable thing to grow is… apples. We have more revenue in apple than every other crop. We do pick-your-own, we make cider, we make candy and caramel apples. We do a lot with the apples, and we have 32 varieties.

The apple I like the best is the… Crimson Crisp, a great tasting apple but also a good-yielding apple. The trees have a high percentage of quality fruit. 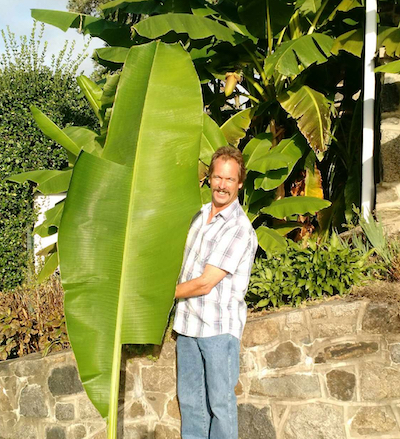 People would be surprised to know that I grow… bananas. I have 42 banana trees at my house, which is right next to Linvilla. About 15 years ago, I bought a banana tree, and I’ve been keeping the same tree alive and propagating it. All of my trees came from it. Some of the leaves are longer than me.

The future of farming… looks great to me. More people are becoming interested. My brother-in-laws are in professional businesses, and they always tell me: We all need food. If everything else falls apart, we can’t live without food.

Linvilla isn’t an organic farm… and neither are most of the farm operations on the East Coast. There’s some niche organic farming out here, but most organic food comes from California, where they are farming the desert, which isn’t a natural environment. They don’t have the pressure of fungus, there are very few insects. It’s very challenging here with our weather patterns and insect populations.

Some recent additions to Linvilla include… the apple slingshot. Somewhere in the country, a child became ill from E. coli that was traced to apple cider, so now the government has said we’re not allowed to use the apples that drop from the tree to make apple cider anymore. Well, we wanted not to waste those apples, so we created an apple slingshot, where you shoot them 200 to 400 feet at different targets.

We just bought… a $12,000 espresso machine. We bought a $22,000 caramel-making machine so we could make our own caramel apples, and that paid for itself very quickly. I don’t know if the espresso machine will ever pay for itself. Gotta send someone to work for Starbucks for a year to figure out how we can sell fancy $5 coffees.

Linvilla works because… we have 55 full-time employees who are full of ideas, and the family that owns Linvilla is willing to try new things.