The former First Lady stopped into Philly this week. Here’s what she had to say. 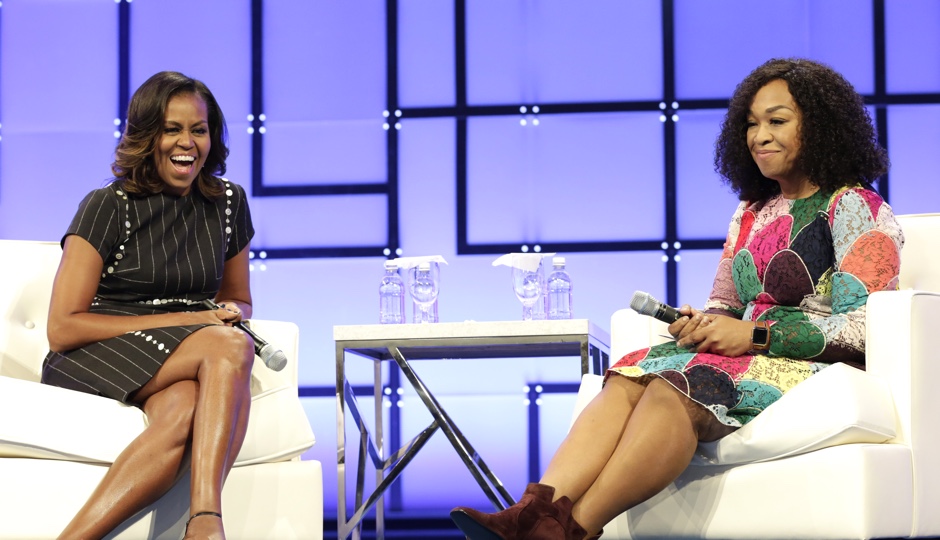 Between writing her first book, adjusting to life outside the White House and celebrating her 25th wedding anniversary, Michelle Obama popped into Philly on Tuesday to keynote the 13th annual Pennsylvania Conference for Women. In one of her first public talks since leaving office, and before 12,000 attendees, Obama got candid about the state of the country (and its future) in an illuminating conversation with prolific screenwriter and producer Shonda Rhimes. It was like listening in on teatime between besties. The conversation was loaded with quick tips for navigating career and life, and the following ten excerpts only help us confirm what’s been said before: Michelle LaVaughn Robinson Obama should really really be the next president of the United States.

Bonus: Barack Obama dropped in on video to deliver a special anniversary message.