The celeb foodie gives us his best tip for staying composed on live TV. And if you're wondering how he gets America to spend millions on cookware each year, he tells us how. 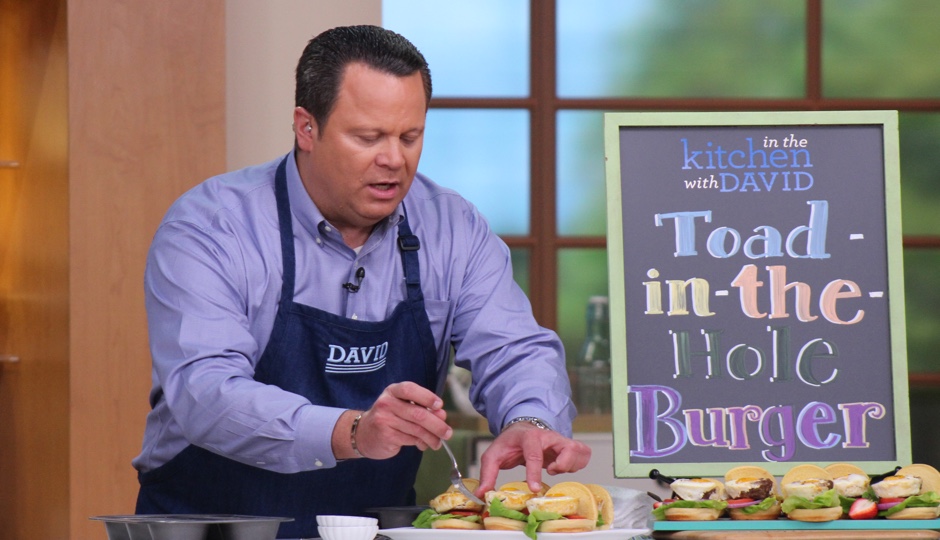 Celeb foodie David Venable is convinced he’s got the greatest job in the world, and he’s probably right. Venable, who the New York Times called, “The Man Who Helps America Cook,” is the star of QVC’s “In the Kitchen With David” series that has singlehandedly transformed home shopping in the kitchenware space. If you’ve ever watched Venable in action, you’re aware he can convince your grandmother that she needs a pressure cooker or that a new $700 grill is better than the one she already has at home. In one year alone, Venable once sold more than $250 million worth of cookware, and on any given evening, the show gets thousands of phone calls from customers all across the country vying for a chance to speak with the host. And for other celebrity foodies, appearing on Venable’s show is a customary pilgrimage. Venable tells Biz Philly that his business — live TV with no teleprompters or cue cards — is all about fostering relationships and being who you are. He’s been at QVC since 1993 and shares some insight on his journey that started with broadcast journalism in the South. Venable also lets us in on his biggest fear, what he likes to cook at home and order at Wawa, and his best tip for being in front of a live camera.

I grew up in… Charlotte, North Carolina and went to school at the University of North Carolina Chapel Hill. After college I started a career in TV news. 24 years ago I came to QVC. I’ve been here a long time.

My favorite thing to cook at home … depends on the season. I like to cook comfort food. If it’s summer time, I like barbequing steaks, burgers and hot dogs. During fall and winter, I make soups and stews.

A non-edible thing I miss the most about the South is … the old southern architecture. Particularly the old antebellum homes. Architecture is really part of the heritage there.

The most important lesson I learned from my mother is … to dream big. I was raised by a single mom, and I’m the youngest of three kids. We were always encouraged to work hard toward our goals. Whenever I had a pie in the sky idea, my mother never thought anything was out of reach.

The last time I cried was … probably a few weeks ago. My mom is 82 now, and she took a bad fall and was rushed into surgery. Because she was rushed in, I couldn’t be there in time for her surgery. I remember hanging up the phone after hearing this news when I was on my way to the airport and being tearful. 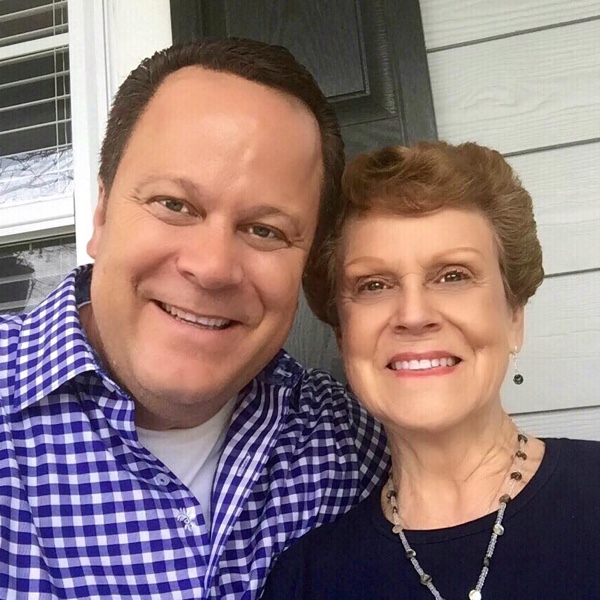 Venable and his mother. Courtesy photo.

The one person I’d take with me to a deserted island is … a dear friend of mine at QVC — Jane Treacy. She leads a very busy life and has a big family. We never have just five or ten minutes to catch up. But we’d have time to catch up on a deserted island.

At Wawa I order… a Sizzli or coffee if it’s breakfast. I’ll order a Shorti for lunch, or I always get mac n’ cheese or soup.

People would be surprised to know that I … go through the drive-through at McDonald’s every now and then. I get the double cheeseburger to be exact. People probably assume that I make everything at home and from scratch.

The best solo I ever sang with my college a cappella group the Clef Hangers was … for “You’re a Mean One, Mr. Grinch.” I also remember doing a medley of TV theme songs.

My favorite place in Philadelphia is … Rittenhouse Square, though I don’t get out there as much as I’d like. I love the restaurants and shops that border the park. It’s a great place to get a meal, hang out and people-watch.

The biggest (business-related) threat to my career is … losing the relationship I have with my customers. We’ve been working to react to how shopping is changing, and we’re active on social media. In the last six months I’ve been more active on Instagram. It’s a great visual social platform, so I love taking pictures of dishes and putting it on the Gram. It’s a fun way to stay connected.

If I won the lottery tomorrow, I’d buy … a great big house right on the ocean and a great big boat. And I’d hire someone to drive it.

I’d describe my happy dance as … a celebration of great food. It happened organically the first time I did it on air, and now it continues to be a move of celebration. 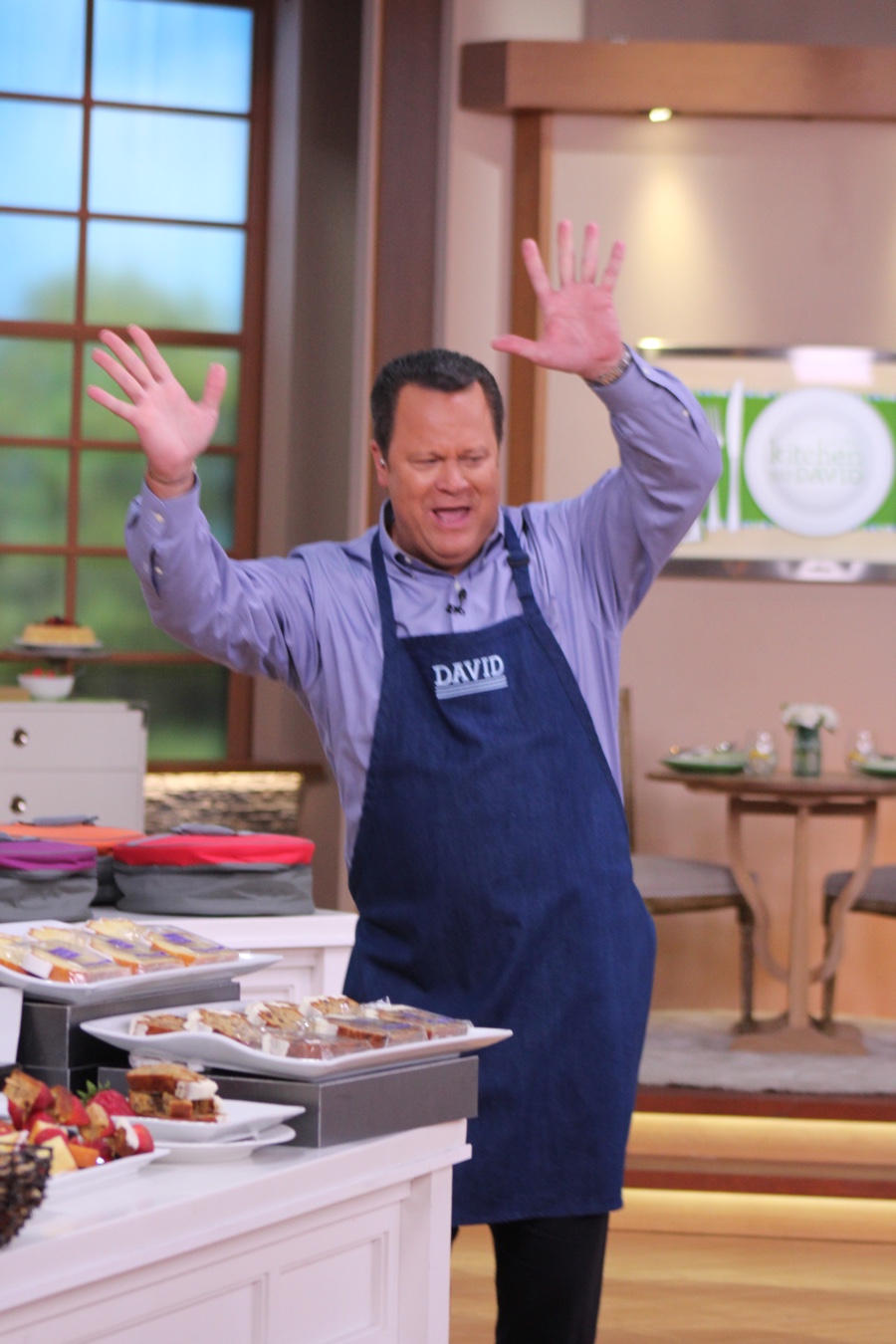 I can’t stand it when … I get in the wrong line. Whether it’s a security line at the airport or if I’m in a parking lot, I have really bad line karma. When I think I’m in the fastest line at a grocery store, I’m usually not.

To anyone looking to get into this business … I would encourage them to really think about relationships. Getting into e-commerce and TV, it’s all about communication and being who you are. Letting someone get to know you opens the door to people feeling comfortable about what you have to say. It’s important to value and foster relationships in this business.

A dish I’ve always wanted to learn how to make is … cheese soufflé. I haven’t been quite brave enough because I’m always afraid it will collapse.

My best tip for being in front of the camera is … be yourself. When you work in live TV that is unscripted, with no teleprompters or cue cards, it’s important to let people see the real you and get to know you.

The recipe I’m most proud of creating is … mac n’ cheese. I definitely didn’t invent mac n’ cheese, but I have numerous versions that I’ve created. I love morphing it into other things. I love taking it and putting it in between two slices of bread or making a mac n’ cheese waffle.

The best piece of career advice I’ve ever gotten is … don’t be married to what you think your career should be. We sometimes have an idea in mind of how our lives should unfold, and we sometimes don’t consider taking a turn when we come at a fork in the road. When I was at UNC, I had no idea TV shopping existed. I just wanted to be in TV news. But if I wasn’t open to going where live TV might take me, I might never have found QVC.

I never thought I’d … write a cookbook let alone two of them. Yes, I’ve always loved to cook but it never dawned on me that I’d write a book and have 500,000 copies of both my books in print.

I get nervous when … I’m way up high. I have a terrific fear of heights. My stomach gets into knots. I’m 6’6” tall and heights unnerve me.

Something I’ve sacrificed to get where I am today is … weekends. I really never thought in my professional life I’d be working when everyone is off. Saturday and Sunday are my two biggest days. That’s when my shows are.

Growing up, I was inspired by … people who were willing to work hard. My mother was one of those people. And my grandfather, too. He owned a small business and was a quiet, humble man but always working hard.

My favorite guest I’ve ever had on the show was … Ina Garten. She’s one of my culinary heroes. I love to watch her cook. When I was meeting her for the first time, she put me at ease. She was so excited to be on my show. She made me feel like my little show was a big deal.

Someone I’d like to have on the show … is Iron Chef Geoffrey Zakarian. He’s the cohost of the Food Network’s series The Kitchen. We’ve had just about every other culinary celebrity on the show.

Entrepreneurs who succeed tend to … take risks. They’re not afraid to color outside the lines and bring something that everyone else might think is unconventional.

You know you’ve made it when … a five-year-old girl comes racing to you in a grocery store and says, “David, I love your show!” That just happened to me, and she did the happy dance.

The best gadget in my kitchen is … the Deni 49-blade stainless steel meat tenderizer. I have hundreds and hundreds of gadgets, but it’s the one I use most consistently.

The strangest question I’ve ever gotten from a fan was … under a photo I posted of myself wearing sunglasses on social media. They asked, “Did you get cataract surgery?” I don’t know what about wearing sunglasses suggests cataracts. It’s clear people feel very open and encouraged to ask me all kinds of questions. 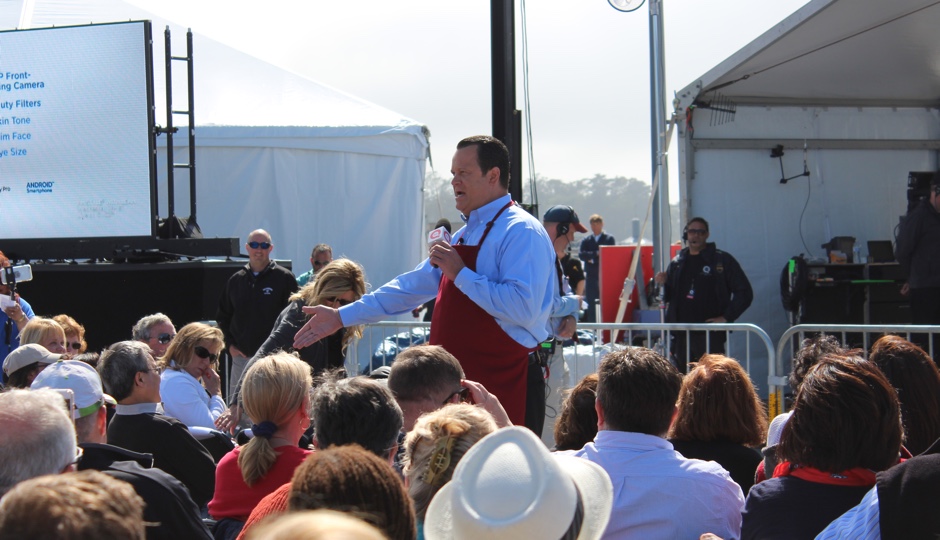 A big challenge in my career is … maintaining energy. I host long shifts. They’re three or four hours at a time. I have a great responsibility to the people I’m working with to bring the same level of enthusiasm to the last product as the first.

My job is hardest when … everyone isn’t on the same page. There are lots of moving parts to live broadcast so everyone has to be focused on the same goals. If one person isn’t on board, something falls through the cracks. It’s paramount that each day you’re always communicating with the team.

To relax … it took me a long time to learn that I have to leave work on the doorstep when I’m away from QVC. When your work is public in the way that mine is, it’s easy to take home your entire day. I like to spend time with friends on the weekends and talk about things other than work.

In ten years I hope … I’m lying on a beach relaxing with warm coffee and listening to the ocean. I’d also like to be planning my next adventure. I’ll take a break to decide what’s next. I don’t imagine I’ll completely check out of working in the next ten to 15 years.