The space officially opened its doors in Camden on Tuesday. 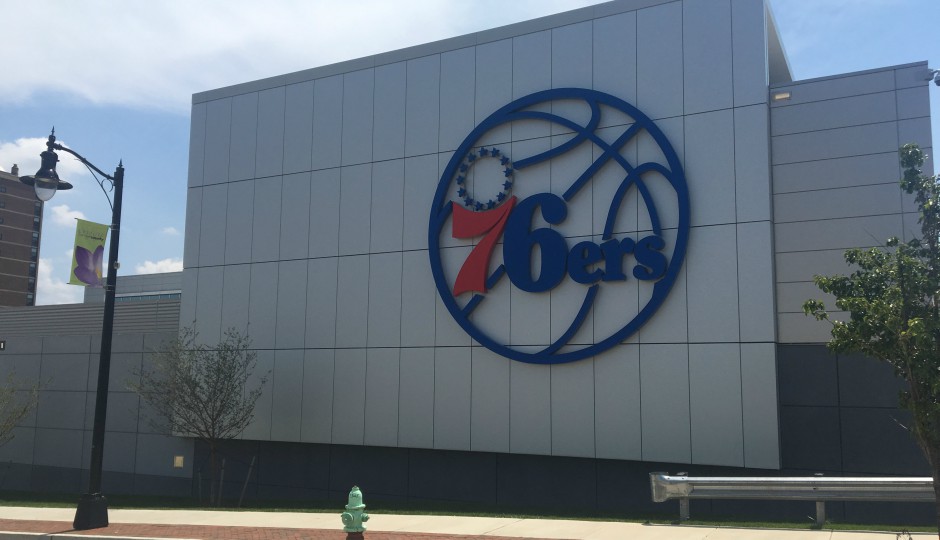 On Tuesday, the Sixers Innovation Lab officially opened its doors, solidifying the franchise’s new mission to back go-getting entrepreneurs. The 8,000-square foot lab space located at the Camden-based Philadelphia 76ers Training Complex, will be home to four up-and-coming startups, three of which were revealed for the first time on Tuesday.

The four companies will receive office space in the innovation lab furnished by Kimball Office. They’ll also have access to industry experts, and third-party consulting from advisors like Penn’s Wharton School; they’ll get legal services through a new partnership with Pepper Hamilton and website, graphic design and branding help through the lab’s partnership with Maven Creative. Entrepreneurs will even get an opportunity to pitch investors and venture capital firms through the Innovation Lab that says its open to investing in the four companies. And what differentiates the space from other incubators is its emphasis on speed and flexibility, the leadership team says. They’ve also developed an individualized approach to supporting the companies—the startups aren’t forced to meet blanket growth deadlines, for example.

Innovation Lab managing director Seth Berger, told Philadelphia magazine that another purpose of the hub, aside from helping the companies grow, is to bring and attract more talent to southern New Jersey and Philadelphia that will continue the region’s upward trend in innovation. Because the Sixers have “forward-thinking” team members and executives, Berger said, the franchise is in a position to move these entrepreneurs ahead.

The Lab’s inaugural portfolio of startups features companies in a wide variety of industries from esports and daily fantasy sports to pet care and digital media. Here are the four companies that landed the lab’s first spots:

Shinggo Lu and Alan Liang of U Git Gud pic.twitter.com/xdPslEKp09

The online training platform provides professional, amateur and beginner esports players with individualized analytics and personalized recommendations to improve players’ skills. It also helps players “git gud” through a series of educational video tutorials featuring some of the world’s elite esports players. Founded in 2017 by 26-year-olds Shinggo Lu and Alan Liang (hailing from Iowa and Illinois), the startup will debut a beta private platform in late July.

The company has created a patented indoor hunting feeder for cats that replaces the traditional feeding bowl to “maximize cats’ natural instincts to hunt and play,” says the startup. With five mice-shape feeders that mimic the size, shape and tactile disposition of prey, the feeders are also designed to combat the top causes of cat physical and mental illness and death. Over 15,000 cats around the world currently use the feeding system, which was founded in 2014 by Dr. Elizabeth Bales, a Penn School of Veterinary Medicine alumna.

The media company says its mission is to inspire people to “be nice, do nice.” Through original video content, the platform plans to broadcast positive news from cause-minded brands. The company was founded in 2014, by Voorhees, New Jersey native Christian Crosby who was the in-arena game day host for the Philadelphia 76ers between 2014 and 2017. Crosby started his career with the team as an 18-year-old trampoline dunker.

The company was announced as the Innovation Lab’s first occupant last year. The daily sports lineup recommender uses an algorithm to help fantasy sports users get their weekly lineups in optimal shape. The service can be applied to NBA, NFL and MLB matchups in DraftKings 50/50, DraftKings Tournament, FanDuel 50/50 and FanDuel Tournament competitions. The company was founded by San Francisco native Dylan Elder, who postponed college to set up at the Sixers Innovation Lab.