The company has met the state's vehicle quota but some difficulties may still remain with the service. 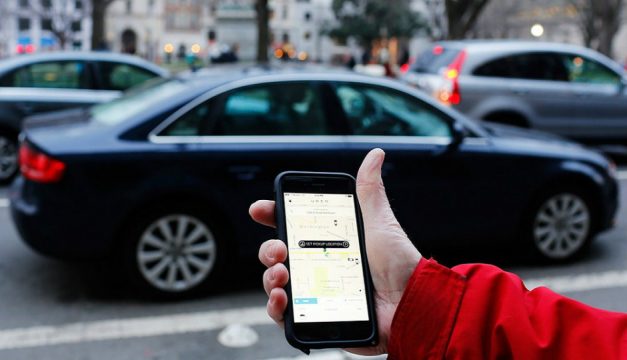 For Philadelphians who require accessible transportation options, quick and widespread access to ride-sharing services is long overdue. Uber says it is re-introducing the WAV option to the Philadelphia market to make users aware of the new size of its fleet. The hotly debated ride-sharing bill signed by governor Tom Wolf back in November legalized services like Uber and Lyft, but required that the industry put out a minimum of 70 WAVs overall by the end of June.

Now, on the heels of last week’s deadline, Uber has met the city’s ride-sharing accessibility requirement single-handedly, with plans to add even more WAVs over the next few years. All of the minivans will include rear-entry ramps and space for 4 additional passengers, and UberWAV ride fare will remain the same as Uber’s standard uberX option.

“We’re pleased that Uber will provide more WAVs than required over the next two years. I think this is a step in the right direction to providing more inclusive and higher quality transportation options for people with disabilities in the Philadelphia,” said Charles Horton, executive director of the Mayor’s Commission on People with Disabilities.

Wheelchair users suffered when Uber and Lyft first came to the city, as ride-sharing apps swiftly took over the transportation market in 2014. New legislation that would have ensured a larger volume of WAV taxis in Philadelphia was suddenly unable to create productive change. And the ride-sharing companies themselves have complicated track records when it comes to providing accessible options. Just last week, nonprofit civil rights organization Equal Rights Center filed a lawsuit against Uber claiming that their sparse Washington, D.C. WAV availability violates both the Americans with Disabilities Act and D.C.’s Human Rights Act. A similar case was filed against Uber in Chicago last October, and the National Federation of the Blind filed an accessibility lawsuit against the company in 2016 to ensure that riders with guide dogs be guaranteed equal access to the company’s services. Both the Chicago and D.C. cases remain open.

And as the Inquirer reports, people in wheelchairs have said vehicles from Uber and Lyft have had “broken ramps, ramps too steep for an electric wheelchair to scale, or drivers who aren’t experienced with securing a wheelchair.” Uber says all the drivers operating through WAV are required to undergo a third-party certification process. In Philadelphia, drivers can be certified either with CTAA or Open Doors Organization. Riders who experience problems should report their complaints through the app, the company says.

Uber’s WAV option appears within the company’s scrollable list of ride options in-app. Lyft also offers WAV rides in Philadelphia for the same price as their standard option, although their smaller WAV fleet could mean a longer wait. Access to Lyft’s WAV rides can be enabled in the app’s settings.