The group No Penn Union is now facing backlash from opponents for the choice of legal representation. 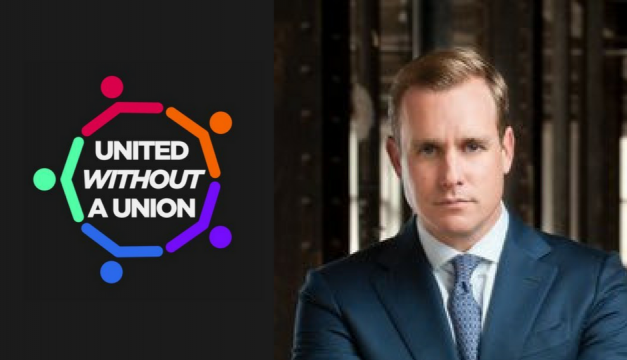 The National Labor Relations Board (NLRB) hearings that could grant the University of Pennsylvania’s graduate students the chance to vote on unionization are ongoing, but Penn’s anti-union organization has already lost big-time this week.

The aptly titled No Penn Union has terminated a week-long partnership with right-wing real estate and development attorney Wally Zimolong amid accusations of xenophobic, classist, and otherwise offensive tweets that Zimolong had previously posted to his account, reports Philly.com.

No Penn Union first announced their partnership with Zimolong in a June 19th post on their website, explaining that they had sought out legal representation after continued harassment that they claim to have faced from Penn’s pro-union group GET-UP. Following No Penn Union’s announcement, it didn’t take long for their pro-union opposition to do the background research on Zimolong that they’d apparently neglected.

On Saturday, No Penn Union announced that they would no longer be working with Zimolong. The very same day, pro-union graduate students and other GET-UP supporters began reposting images of the attorney’s Twitter posts, berating No Penn Union for their oversight. They found posts of Zimolong’s that they felt revealed anti-immigrant and Islamophobic sentiments, as well as multiple instances in which the attorney had referred to the Black Lives Matter movement as a “terrorist group” or “hate group.”

seriously, what’s up with this islamophobic lawyer you hired? this is who you want to align yourselves with, @nopennunion #upennhearing pic.twitter.com/YsVuYYuaki

No Penn Union responded to individual Twitter complaints, repeatedly writing,”we were unaware of his personal views. We have cut ties, and his views do not represent us.” Following the release of the Philly.com article detailing concerns from GET-UP students that Zimolong’s interest in helping No Penn Union had been motivated by a personal anti-NLRB agenda, No Penn Union posted another official statement to their website on Sunday, reiterating that their partnership with Zimolong “was not an endorsement of his personal views.”

The group also clarified that it will continue to search for pro bono legal representation. While GET-UP is backed by the American Federation of Teachers (AFT), No Penn Union has struggled to find a similar source of counsel and support. Although Penn’s administration has openly spoken out against GET-UP’s unionization efforts, the school is legally unable to assist No Penn Union, which is composed mainly of students within the Biomedical Graduate Studies program, without potentially violating labor laws.

Feeling stressed, rushed, and unable to defend themselves, No Penn Union, funded by Center for Independent Employees, moved into a pro bono arrangement with Zimolong, who won an anti-union case in 2015 that resulted in the month-long suspension of NLRB regional director Dennis Walsh.

GET-UP and its supporters have called the brief partnership an attempt on Zimolong’s part to “hijack” No Penn Union, as the organization has openly stated that they are more focused on ensuring that Penn’s graduate schools each have the option to opt out of a pan-graduate school union, rather than preventing the formation of such a union entirely.

This story originally implied that Wally Zimolong was paid to represent No Penn Union and has been updated to reflect that Zimolong had entered into a pro bono arrangement with the group. We regret the error.