Most companies climbed in rank from last year. Plus, one newcomer! 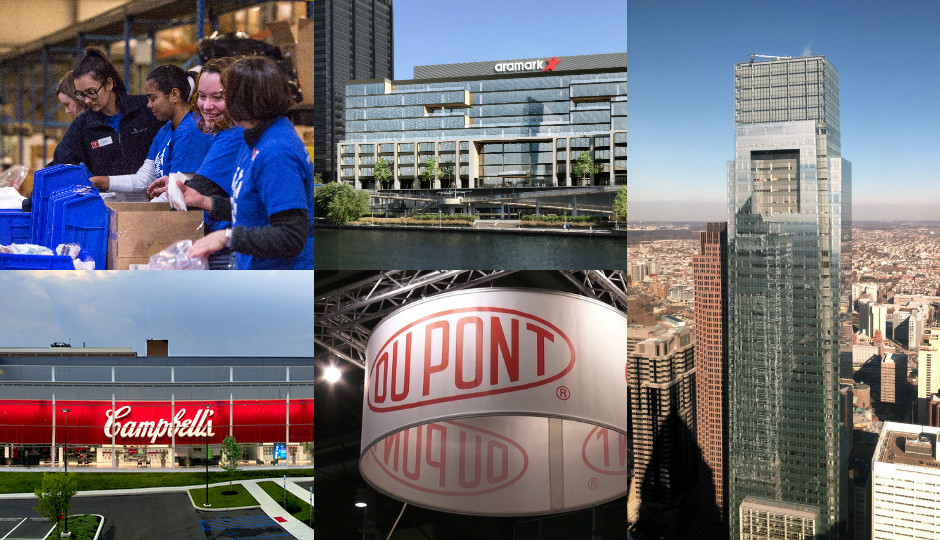 On Wednesday, Fortune released its renowned Fortune 500 list of the country’s top grossing companies, and a total of 14 are in the Philadelphia area.

This year, the 63rd year of the ranking, Fortune 500 companies make up two-thirds of the country’s GDP with $12 trillion in revenues, $890 billion in profits, $19 trillion in market value and 28.2 million employees globally.

In the region, specialty chemical company Chemours, located in Wilmington, Delaware stands out. It’s the first time the DuPont spinoff has been ranked on the list, stepping in after its first full year as a standalone company. “Though Chemours stock initially stumbled out of the gate, it rallied with a vengeance in the latter part of 2016, finishing the year with a 317% return,” Fortune wrote.

Real estate company Toll Brothers made the largest leap of the bunch, coming in at #497 this year up from #576 in 2016. Crown Holdings and DuPont, experienced the biggest dips, both dropping twelve spots from their 2016 positions.

AmerisourceBergen is now ranked #11, up from #12 in 2016. The Chesterbrook-based company, founded in 1985, is the second-largest distributor of pharmaceuticals in the country. “As such it’s subject to many of the same forces affecting McKesson, its top competitor,” Fortune wrote. “Branded drug price deflation and fewer expected new drug launches continue to put pressure on industry profits, and AmerisourceBergen has been working to counter those effects.”

And Comcast, coming in at #31, climbed six spots from last year. The ranking noted that cord-cutters haven’t detracted from the company’s steam as the cable giant increased revenue by 8 percent in 2016, improved operating cash flow by 7 percent and added 858,000 customers to its cable business. NCBUniversal and Dreamworks Animation also experienced a strong year in film and theme parks.

Note: Our list includes companies headquartered in Philadelphia, Montgomery, Chester, Bucks and Delaware Counties in Pa.; Camden, Burlington and Gloucester Counties in N.J.; and Wilmington, Del. For a complete list of the 44 Pennsylvania companies in the Fortune 500, check out this compilation.