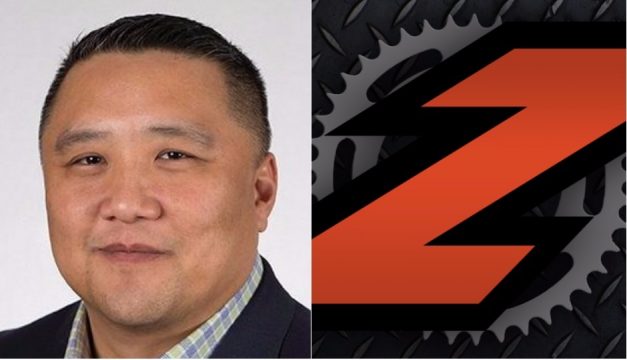 Nic Vu is gearing up for a new position as CEO of online motorcycle marketplace RevZilla’s year-old parent company. As Comoto Holdings’ CEO, Vu will oversee both the Philly-based RevZilla and the national brick-and-mortar retailer Cycle Gear, based in Benicia, California.

Vu’s addition to the RevZilla team is just one of many shifts in leadership for the company as it’s grown over the past year and a half. In February 2016, RevZilla partnered with private equity firm and Cycle Gear owner J.W. Childs to create Comoto Holdings. Eleven months later, cofounder Anthony Bucci, known for his YouTube gear reviews that he continues to post for the site, stepped down as RevZilla CEO.

Since December 2016, former COO Matthew Kull, another of the three co-founders, has led the company as interim CEO. Kull will resume his position as COO once Vu, who previously worked as general manager and senior vice president for Adidas Group North America, steps in. “[Vu] has a tremendous track record of bringing big-name companies to the next level, while maintaining the integrity of the brand and workplace culture and delivering a top tier customer experience” said Kull, adding that Vu himself is longtime motorbike enthusiast.

RevZilla has long placed brand integrity and workplace culture among their top priorities as a company. Just this past year, Fortune named them the #1 best small or medium company to work in retail, and the #10 best company overall for millennials (who make up 81 percent of Revzilla’s workforce) to work at.

According to their Great Place to Work review, RevZilla’s Philadelphia office features a 14-foot trampoline, a skate ramp, and a massive prize wheel brought out for weekly “All Hands” meetings, where employees can spin for prizes (including gift cards) or punishments (wearing a massive orange costume, wig, and face paint for an entire workday). Vu will have to maintain this atmosphere as he becomes the first to lead the company after its founders.

Vu praised the success that the company has seen on the consumer end as well, stating that “RevZilla has reinvented the moto enthusiast space in a short time. “ Since its inception in 2007, RevZilla has stood out in the motorsports marketplace for its unique e-commerce format, bolstered by features like Bucci’s YouTube videos.

Although RevZilla and Vu have not announced any official goals for the start of his time with Comoto, the company grew from 200 to 250 employees in 2017 and is expected to continue expanding under its new CEO.