Ronald Brooks worked his way up, then turned around and helped others up behind him. He's giving his "incubator" a makeover to keep pace with changing times in West Philly. 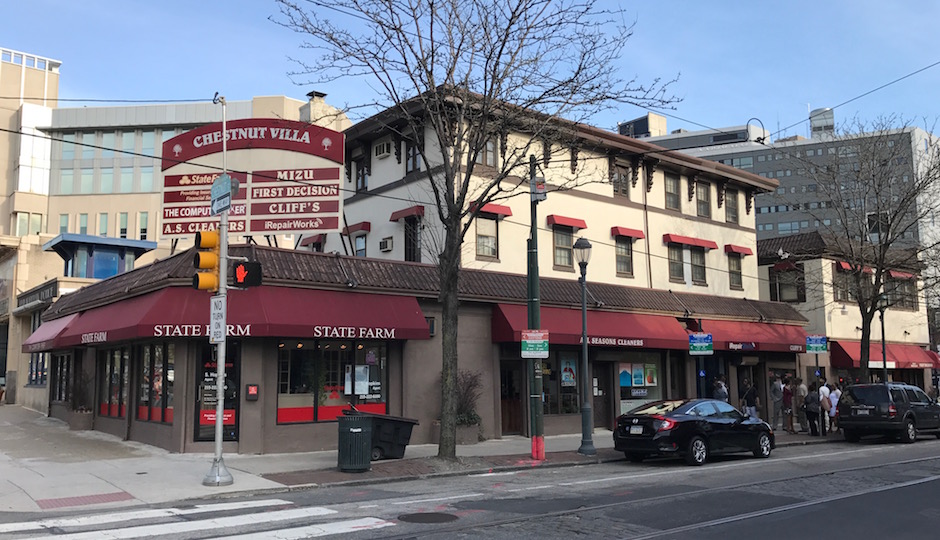 Chestnut Villa at 40th and Chestnut streets, the building that launched Brooks on his real estate career. | Photos: Sandy Smith

For many years, the nicest building at the intersection of 40th and Chestnut streets in University City was the one with the sign reading “Chestnut Villa” on top of it. Neat and tidy, with crimson awnings over its storefront windows, it was a signal that at least one person cared about this sometimes-bedraggled crossroads on the fringe of the University of Pennsylvania campus.

The crimson awnings are still there, and it’s still neat as a pin. But redevelopment has caught up with it: across Chestnut from the Villa now rises a slick postmodern tower, the Brawer & Hauptman-designed Hub on Chestnut.

So Chestnut Villa’s owner, Ronald Brooks, has decided to renovate the building he has owned for the past 40 years to reflect the changed face of its surroundings. To mark the occasion, many of the other people whose lives and businesses he has helped fix up turned out to pay homage to him on Tuesday (April 11th) in a currently vacant storefront in his building.

Also showing up along with his friends and neighbors was Councilwoman Jannie Blackwell — “maiden name: Jannie L. Brooks” — who presented him with a citation from Philadelphia City Council. 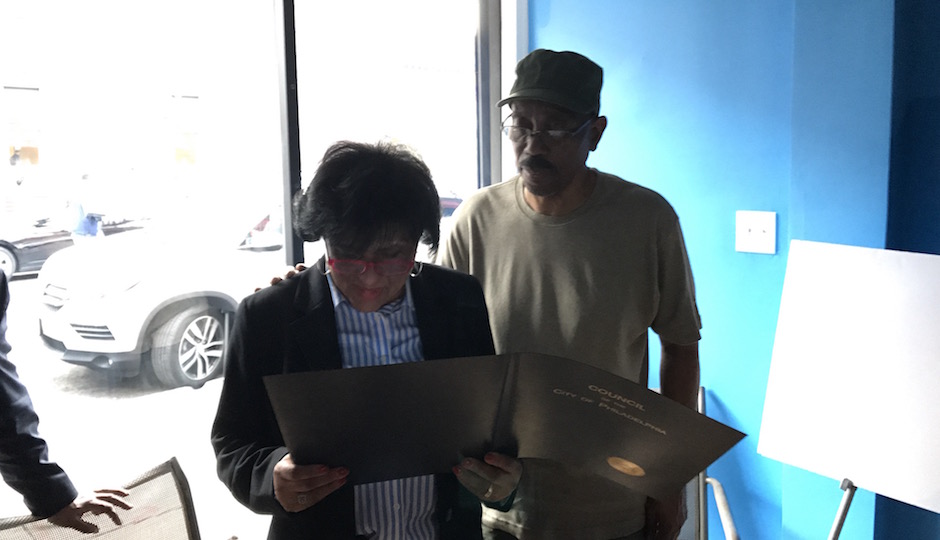 The phrase is a cliché, but: It couldn’t have been given to a more deserving fella.

For as it turns out, Brooks cares for more than this building. Starting with this property he purchased some 40 years ago, he has become a one-man community development corporation, buying and improving other properties in West Philly, helping others get their businesses off the ground, and providing crucial financial assistance when banks wouldn’t. 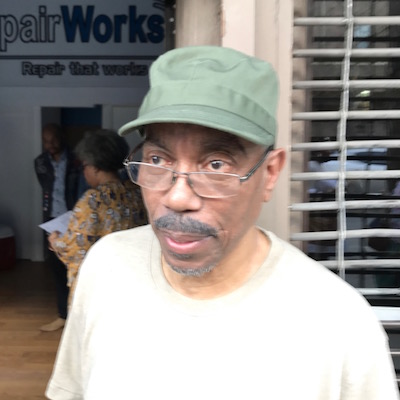 Brooks formed his 40th Street Corporation in 1979 when he bought the Chestnut Villa building from its then-owner after renting space for his fabric shop there for 10 years. He had started that business from the trunk of his car, delivering fabrics to customers all over West Philly. At least one of his customers from those first years was on hand as well.

Since acquiring Chestnut Villa, Brooks has gone on to acquire several other commercial and residential properties in West Philadelphia.  (He couldn’t give an exact count of how many, but it’s a non-trivial number.)

Those properties, in turn, have served as business launchpads and starter homes for several of the people in attendance, such as Tyler Martin, owner of First Decisions Hair Salon, located in the Chestnut Villa building.

“We started here 26 years ago,” he said. “I had no credit, and he just co-signed” the loan that enabled him to start his business. 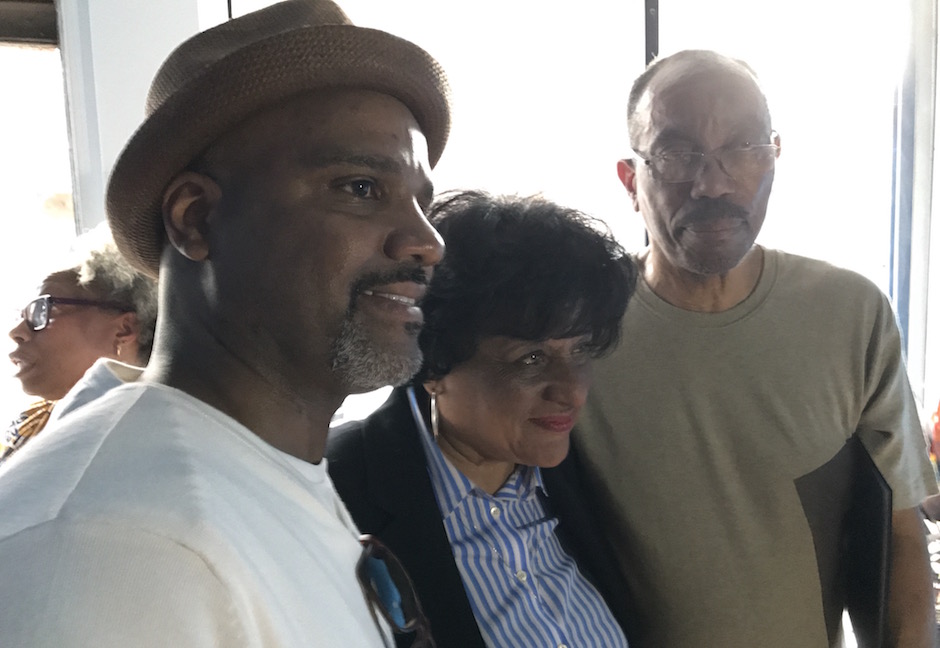 Supra Office Solutions founder and owner Lin Thomas had a similar story to tell. Brooks was one of the first clients of the accounting firm he ran before going into office products in the 1990s.

“There were times when I needed to make payroll, I was running short, and he lent me money so I could make payroll. And when we founded Supra, Mr. Brooks was one of our first investors.” His company has since acquired a 37-year-old distributor of medical and pharmaceutical lab supplies.

Stories also circulated about the help Brooks has given to others in the community. One attendee told how he was able to move into his first house, a property Brooks owned, only because Brooks extended financing to him when no bank would offer him a mortgage because of his nonexistent credit history. 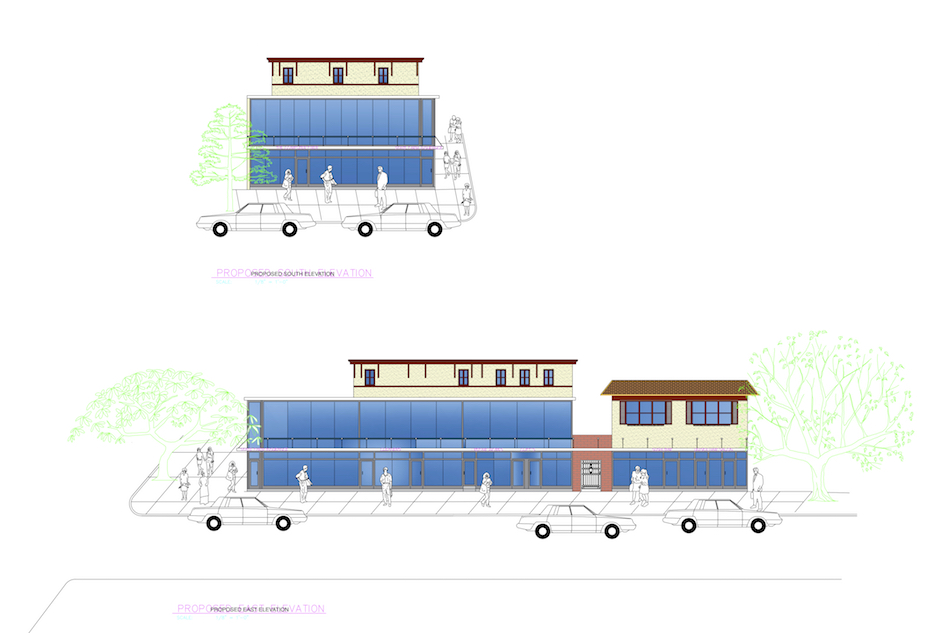 What the renovated Chestnut Villa will look like. | Renderings: TMH Associates Inc. via Tyler Martin

As changes have swept through this area, so Brooks has decided to change to reflect them. At the ceremony, he unveiled plans for a makeover that would enlarge the main building’s second floor and put a new glass facade on the entire two-building complex. Inside, the former apartments on the upper floors will be reconfigured to serve as offices.

And from there, Brooks will most likely serve as the venture capitalist for a new generation of businesses that will plant roots in West Philadelphia.