South Philly Is Getting a New Target

The store will be the retailer's sixth small-format location in Philadelphia. 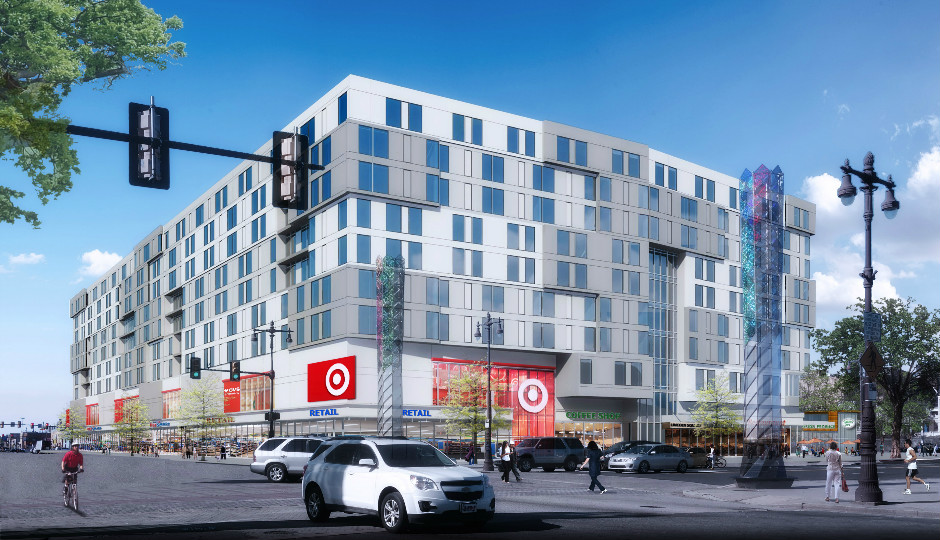 A rendering of the Target at Broad and Washington projected to open October 2018.

Target just announced the location of its latest Philly development. The retailer will open yet another small-format store in the city and this time around the 36,000-square-foot space will open in South Philly at Broad Street and Washington Avenue.

The store, projected to open October 2018, will be in Kimco Realty Corp.’s Lincoln Square mixed-used development. And as with all of Target’s other small-format spots, the store will provide “quick-trip” shopping through an assortment of items from apparel and personal care products to groceries, toys, home goods, and baby care items. It’ll also include a CVS pharmacy and Target’s order pickup service that allows customers to pick up purchases made online.

Target has rapidly expanded its Philadelphia footprint. Just within the last year, the company opened two locations in Center City — one in Rittenhouse Square and another in Washington Square West. In March a third location opened at Ridge Avenue and Domino Lane in Roxborough. The retailer expects to open its fourth location near the Art Museum in 2017 and its fifth in Northern Liberties in July 2018.

As many big-box retailers retreat from expansion, Target continues to nestle itself onto college campuses and dense urban and suburban neighborhoods with its small-format strategy. Target will anchor Kimco’s mixed-use project, which recently commenced construction. It’ll feature 322 residential units and 100,000 square feet of retail space including the Target, a specialty grocer and a PetSmart.