Though the president’s budget boosts defense spending, these military aircraft manufacturers may be out of jobs next year. 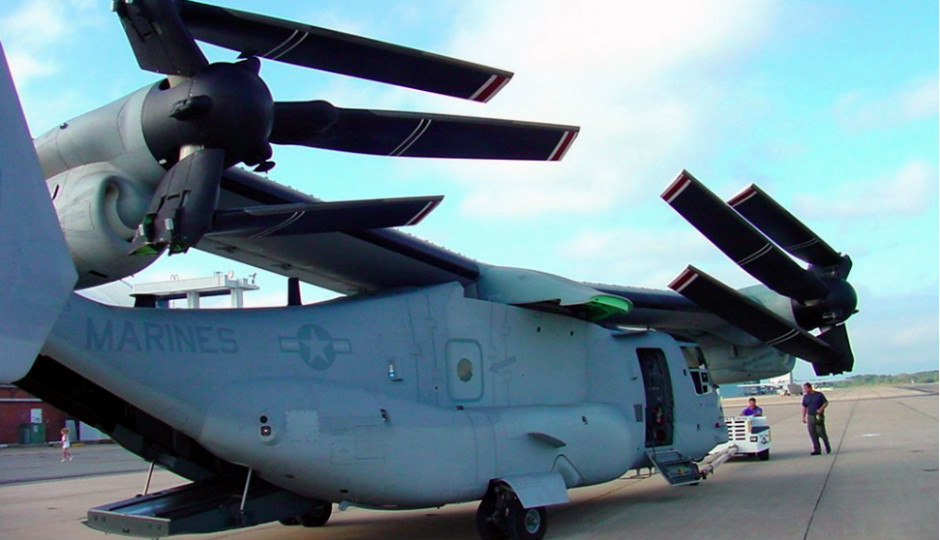 The Boeing V-22 Osprey, one of the Delco plant’s products. Image via Wikimedia Commons.

According to the Inquirer, workers at Delco’s Boeing Corp. war helicopter factory and division headquarters may be out of jobs next year.

The plant has already experienced layoffs, with the potential for more this spring, Mike Tolassi, president of the United Aerospace Workers Local 1069, told the Inquirer.

The future of their jobs is especially uncertain now because Trump’s budget, which gives the Pentagon an added $52.3 billion (a 10 percent increase) and the Department of Homeland Security a boost of $3 billion boost (an increase of more than 7 percent), calls for more Apache helicopters, which are manufactured at Boeing’s Arizona plant.

On Thursday, Boeing announced that it had signed a $3.4 billion multi-year contract with the Army and an undisclosed international customer for the attack helicopters.

“We’re hoping we get some money for the V-22 and the Chinook, our products here,” said Tolassi, who represents about 30 percent of the workers at Delco’s industrial plant.

A spokesman for Boeing said Trump’s proposal is “an important step in the government’s effort to craft a budget,” the Inquirer says, but declined to address the Delco plant’s future.

On Thursday President Trump also announced plans to nominate a Boeing executive, Patrick M. Shanahan, as deputy secretary of defense to help the Pentagon parse out how it would spend the proposed funding.

Trump’s proposed budget cuts, which shift the government’s priorities, are likely to face some blockage in Congress.