The festival wants Urban Outfitters' hands off its name. 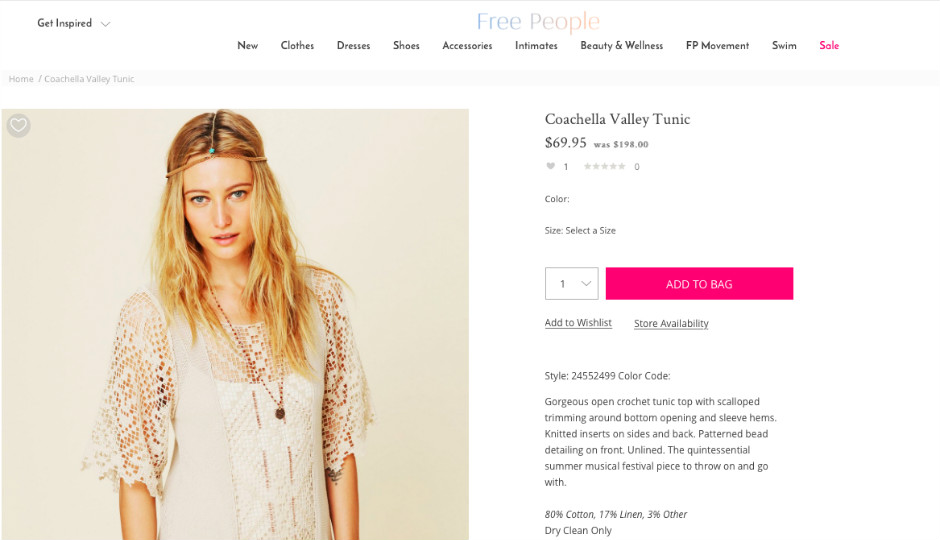 Urban Outfitters has been hit with yet another trademark infringement lawsuit. This time it’s the popular Coachella music festival that’s demanding that the Philly clothier cease and desist.

The Southern California festival and its promoter, Goldenvoice, say that Urban Outfitters won’t stop adding “Coachella” to the branding of some of its apparel and accessories.

The complaint, filed in the U.S. Central District Court of California on Tuesday, says that Urban Outfitters’ use of the Coachella name misleads consumers. Use of the Coachella name “is likely to cause confusion, or to cause mistake, or to deceive consumers that defendants are sponsors,” the complaint states. Urban Outfitters is also creating competition for companies like H&M that already have a clothing campaign with the festival, the lawsuit says.

One of the items at issue is the “Coachella Valley Tunic” that’s still being sold on the site of Free People, a subsidiary of Urban Outfitters. Additionally, Coachella says Urban Outfitters is using the Coachella trademark in webpage titles, description tags, keyword tags and URLs for pages that have festival-themed goods. They allege that the company has purchased “Coachella” keyword ads from Google, to increase their chances of popping up during a Google search of the festival.

A search of “Coachella” on Free People’s website Thursday morning turned up 21 results, including the “Loren festival bra,” a festival survival kit, hair shadow and glitter sticks, and a tent. The same search on Urban Outfitters’ site turned up a Woodstock poster. An ad for Free People came up in a “Coachella clothes” Google search. 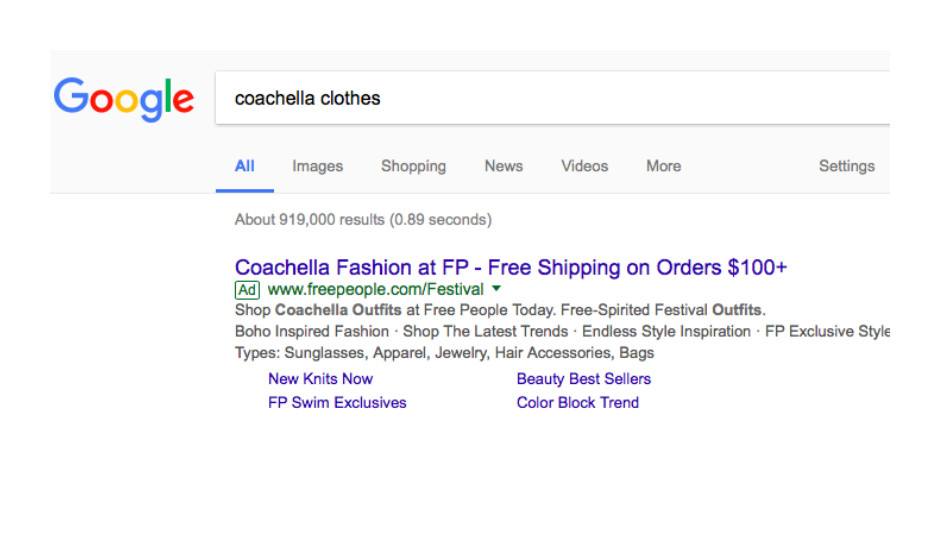 Attorneys representing the music festival say that Urban Outfitters has ignored their demands to stop using their name, including a cease-and-desist letter sent to the company in April 2016.

Urban Outfitters is no stranger to accusations of trademark infringement. In November, the company finally settled its four-year-old infringement case with the Navajo Nation over Navajo-branded panties, flasks, and necklaces.

In addition to asking the court to inhibit Urban Outfitters from using its name, Coachella is also asking for damages that include all profits the company has made from those items.

Urban Outfitters did not immediately return a request for comment.