These Philly athletes are all champions in their fields — setting records, winning titles, outshining the competition. Will their hard work take them to Tokyo?

During a year of nonstop adjustment and uncertainty, athletes all over the world had one thing they could depend on: their training. After pandemic-related concerns led to the shutdown of the 2020 Summer Olympics in Tokyo, top competitors turned their attention to 2021, with hopes for a rescheduled Games. Now, with continuing health concerns, ongoing trials, injuries, disrupted training schedules and that old friend self-doubt, it’s clear nothing can be taken for granted. And across the Philadelphia region, our best local athletes are showing up and giving it everything they’ve got in hopes of achieving a long-held dream. Here are seven to watch in summer 2021. 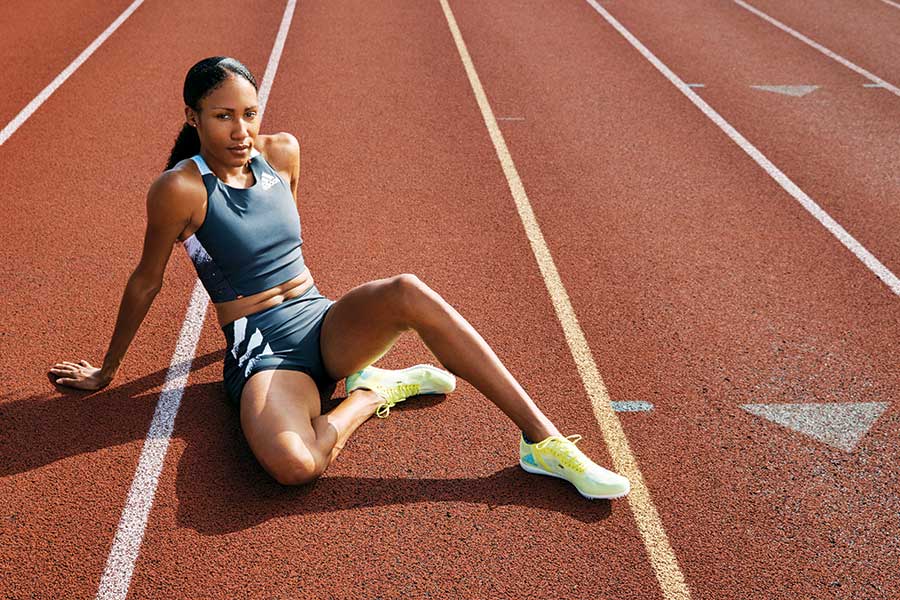 Temple grad Ajeé Wilson grew up at the Shore, in Neptune, just outside Asbury Park. The 27-year-old middle-distance runner holds 11 USA Track and Field national championship gold medals and, impressively, both the indoor and outdoor U.S. records for 800 meters — and now she has her sights set on Olympic gold. “Running has always come easily,” she says. “My family’s athletic; my parents are athletic. When I run, I feel free.” To keep her body in tune, she gets massages and acupuncture treatments from Philadelphia Sports Acupuncture. You might catch her training at some of her favorite outdoor spots around the city — Wissahickon Valley Green Trail, Kelly Drive, Curtis Arboretum in Wyncote — but don’t try to keep up.

On training in Philly: “People I meet are often surprised. They’ll say, ‘You’re world-class athletes training here in Philly?’ It’s kind of hard to fathom. I always encourage people to get out and explore and be active —there are so many great places to do that here! And if you see me out there, say hi!”

Update: Wilson made the Olympic team after coming in third in the 800 meters. 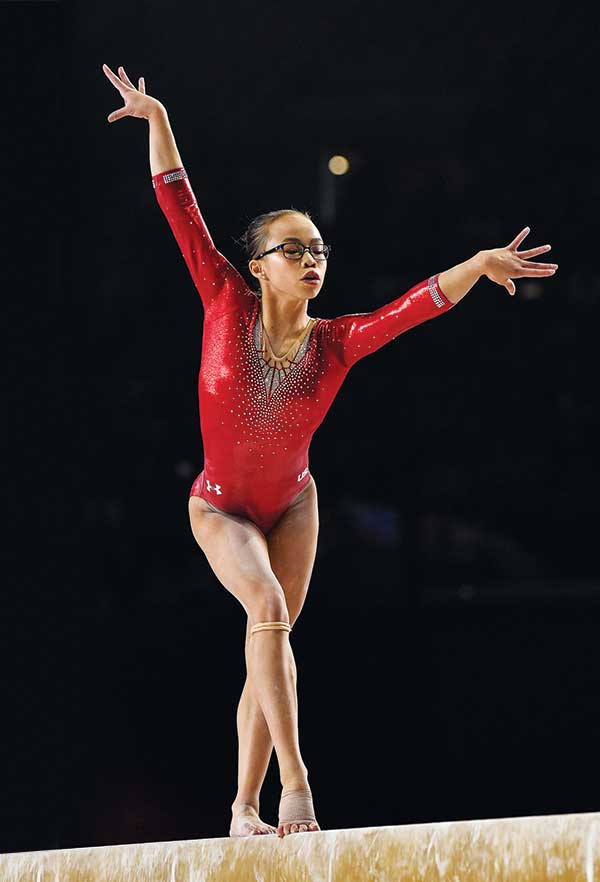 During the pandemic, this 20-year-old top competitor from Middleton, Delaware — the 2017 World all-around champion and balance beam silver medalist, 2018 World floor exercise silver medalist and 2019 U.S. uneven bars silver medalist — started speaking out about Asian hate and discrimination on her social media platforms. “Throughout this past year, I feel like I really have found my voice,” she says. “I decided I want everyone to know where I stand.” Hurd is recovering from injuries — painful bone spurs in her right elbow resulted not long ago in her sixth surgery — but not letting that stop her: “I just tell myself in the end that I really don’t want to have any regrets.”

Her hopes for the Olympics: “It would mean absolutely everything. I worked for this my entire life. It’s all I’ve ever wanted. So many people in my life have sacrificed so much.” 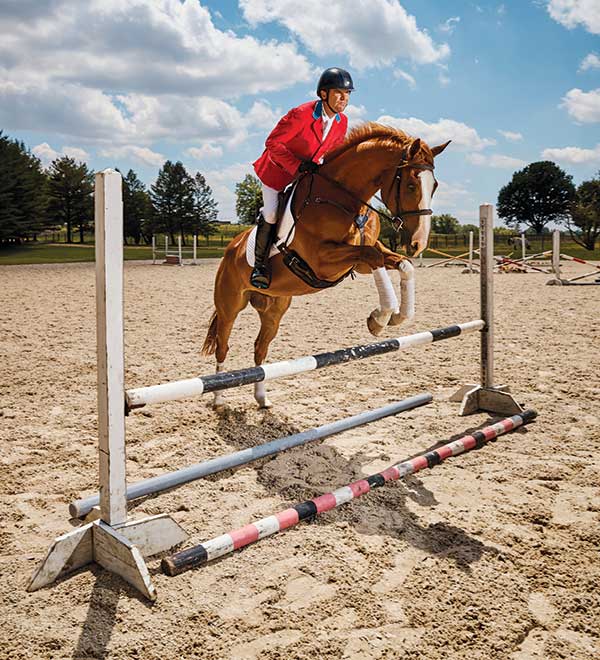 West Grove resident Phillip Dutton has been to six previous Olympics for eventing, an equine triathlon of competitions: dressage, show-jumping and cross-country. He’s hoping that his seventh will be his best yet, thanks to the help of his horse, Z. “He’s a pretty highly strung individual who tries very hard. He has a bit of an intense personality,” Dutton says. “A lot of the work I’m doing is trying to relax him and not get him too wound up.” Luckily, Z lives the high life in Chester County: “We have access to great veterinary hospitals and vets, and the area is steeped in equestrian traditions. The terrain here is good for training event horses because of the hills and the great soil, plus the facilities.”

On horse training: “Horses are incredibly kind animals. They don’t have any real set agenda. They’re very athletic, and they seem to enjoy the training and the riding and learning. It’s very rewarding.”

Update: Dutton will lead the U.S. equestrian eventing team at the 2021 Olympics. 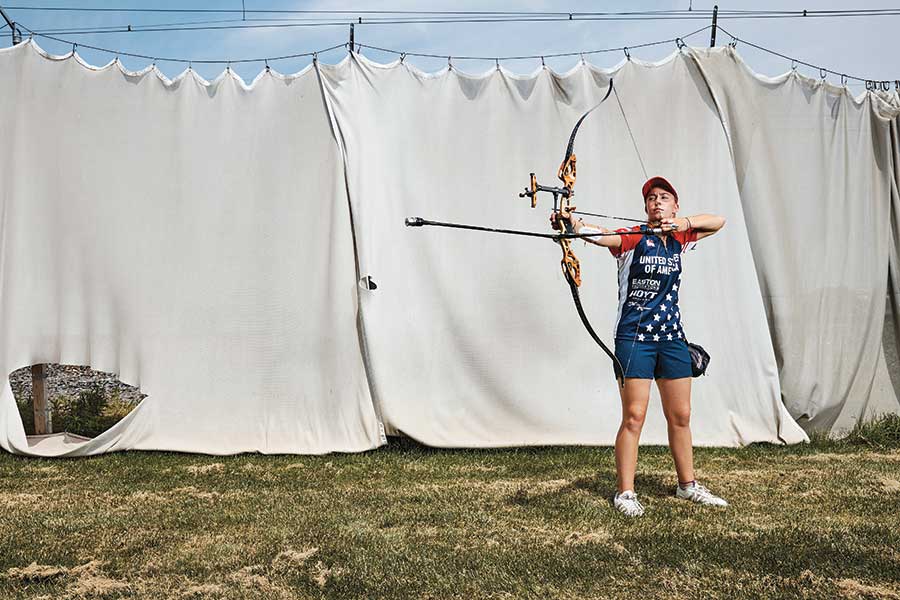 In between taking high-school classes online, 17-year-old Casey Kaufhold shot 200 to 300 arrows a day this year as part of her training. The Lancaster resident grew up with a family steeped in archery — her dad founded Lancaster Archery Supply, one of the biggest archery retailers in the country, back in the ’80s, and her older brother and grandfather are competitive archers. Kaufhold won bronze in the women’s individual recurve event at the 2019 Pan American Games and gold in both the mixed team event and the women’s team event that year. She says the training isn’t just physical, but mental — she has to be mindful of conditions and wind speed and keep her focus while shooting the same shot over and over.

Her motivation: “That gold medal. That’s what I want most in this world. Every day when I practice, that’s the end goal. I shoot every arrow to get better and to be able to achieve that one day.”

Update: Kaufhold is headed to the 2021 Olympics. 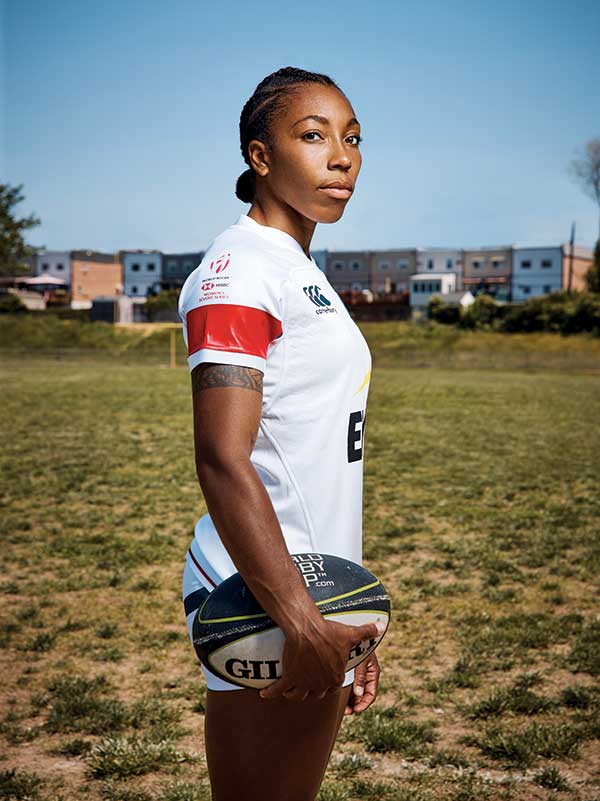 Thomas grew up cheerleading, playing basketball and running track in North Philly, but she didn’t start team rugby until her freshman year at the University of Central Florida. Now, she’s competed all over the world and won a silver medal at the 2015 Pan American Games as a member of the U.S. women’s national rugby sevens team. It’s a particularly significant era for sevens — Tokyo will be just the second time it’s been featured in the Olympics. “It’s such an empowering sport,” she says. “You have all these women of different sizes and shapes just being so strong and embracing our strength. There’s a position for everyone.”

On being a team player: “I’m always looking to help everyone have a good time. I think I play best that way. I try to bring a lightheartedness to those around me and make them laugh.”

Update: Kris Thomas is a starter on the 2021 Olympics women’s rugby sevens team. 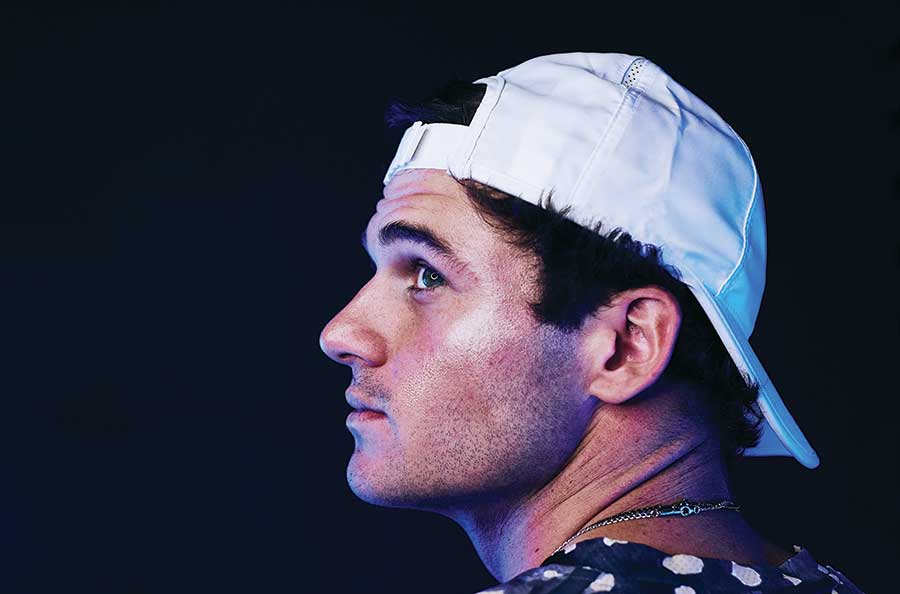 Paul was born in South Jersey — his parents still live in Medford — and when he visits, he plays at Legacy Youth Tennis and Education on Ridge Avenue. Though he was raised in North Carolina and currently trains in Florida, his heart belongs to Philly. “I’m a freak for cheesesteaks,” he says. “Every time I’m in Philly, I’m just crushing cheesesteaks.” Paul won the 2015 French Open boys’ singles title and was a quarterfinalist at the 2017 Citi Open. He’s currently ranked number 52 in the world by the Association of Tennis Players and competed in European tournaments throughout the spring. Tokyo would be his first Olympics, though if he makes it, things will look much different from what he imagined: no Olympic Village, no roaring throngs of fans. “Everyone’s just kind of separated. There’s not the same Olympic feel. That’s a bummer, but it’s still the Olympics.”

What he loves about tennis: “I just love competing. I love playing tough matches. It feels good to win.”

Update: Paul will lead the men’s tennis team at the Tokyo Olympics. 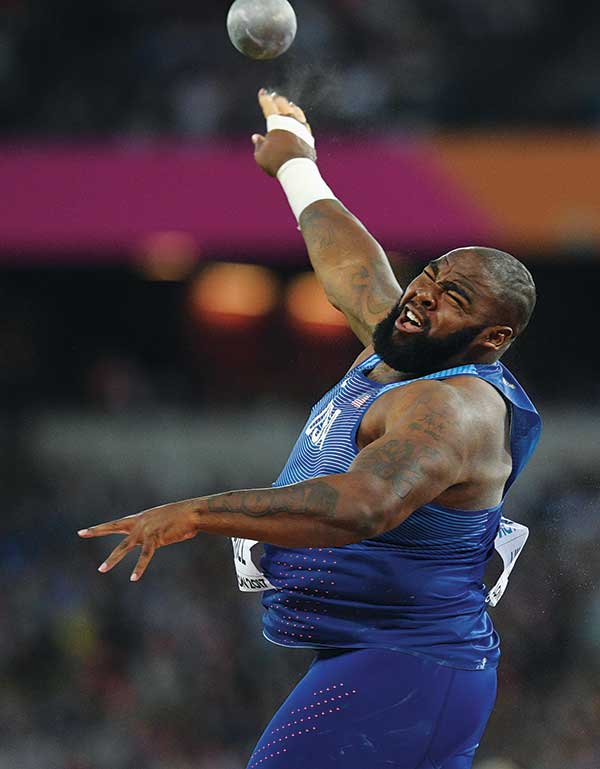 Darby native Hill, who competed in the 2016 Olympics, finds solace in his sport’s simplicity. His favorite part, he says, is its individual nature: “There’s nobody else that can affect your progress. It’s a straight line. It’s a 16-pound ball. It’s a seven- foot ring. The tape measures are the same. The fields are the same. And you can compare yourself to people across the world and people from the 1950s. You know exactly where you stand.”

His hometown hero: Penn Wood High School coach Lenny Jordan. “He had a huge impact on my life. Being a part of that track and field team helped mold me into an individual who started to look toward the future. It changed my perspective on myself and what I wanted in life.”

Update: Hill missed his spot on the Olympic team by a margin of just one inch.

Published as “The Will to Win” in the July 2021 issue of Philadelphia magazine.