I Cut Down My Meat Consumption Without Sacrificing Flavor or Satisfaction. Here’s How.

It's never been easier to reduce the amount of meat you consume. Here's how one Philadelphian became a flexitarian — and how you can, too. 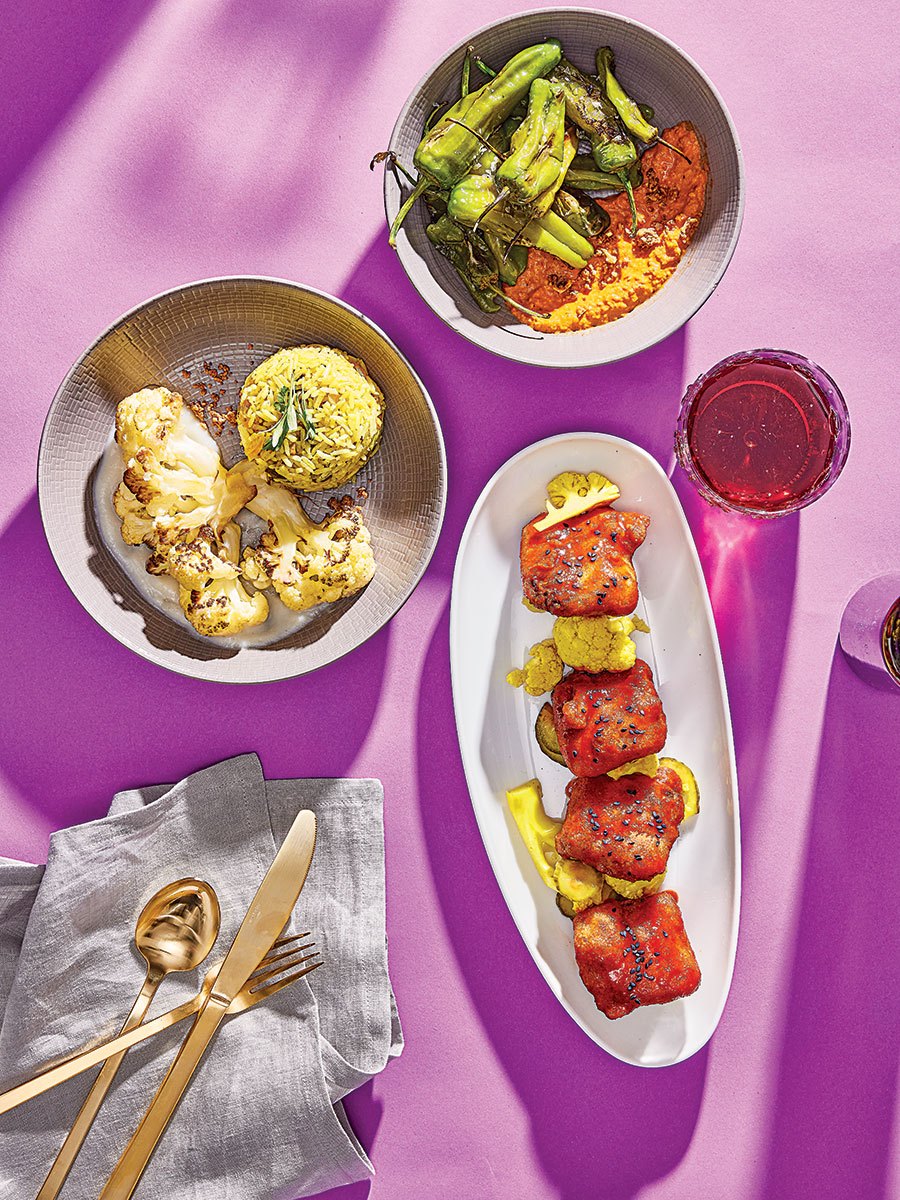 Meatless meals from Midtown Village’s Charlie Was a Sinner. / Photograph by Michael Persico

My fundamental belief about vegetarians (and vegans) is this: They are all better than me, and I will never become one. I love bacon and steak tartare and roasted chicken and salami and goat curry just a little too much to ever let them go. But scientists across the globe have agreed that livestock production is one of the biggest drivers of climate change. A recent study published in Science magazine suggests that adopting a vegan diet is the single most significant action you can take to reduce your personal carbon footprint. Research also shows we’ll need mass adoption of a significantly more plant-based diet to meaningfully curb carbon emissions.

But it’s worth noting that reducing your meat consumption can also benefit your overall health and wellness. Red and processed meats are typically high in saturated fats, which can wreak havoc on your heart. There’s evidence that eating less meat can also reduce your risk of stroke, type 2 diabetes and obesity as well as improve blood circulation, cognitive function and energy levels.

Besides, upping your plant game is super-beneficial for your gut health, says Adjua Fisher, co-founder of Fishtown-based meal-prep company Reap Wellness. “There’s all this emerging research that our gut impacts not just how we feel physically, but also mentally,” Fisher says. “People talk about fermented foods and probiotics, but increasing the quantity and variety of plants that you eat every day can also have a huge impact on your health over time.”

That doesn’t mean you have to cut out meat completely. Research has shown that if you don’t want to bid farewell to good ol’ pork chops forever, a balanced animal-to-plant protein ratio can help you live longer than getting your protein from animal-based sources alone. Lean meats like skinless poultry and fat-trimmed pork can be good sources of protein; it turns out white beans are super-fibrous, and tofu provides iron. When eaten together, such foods help lower cholesterol and control blood sugar. Talk about balance.

“In the past decade, it’s become much more common for local restaurants to offer not just one vegetarian or vegan option, but a whole section — even an entire menu — free of animal products.”

I’m only one person, but I’ve long felt like I should be doing just a little bit more. Considering that the average American eats about 144 pounds of meat per year — or about 2.8 pounds per week — I figured cutting that amount in half would have a significant impact on both my health and my carbon footprint at the start of my “flexitarian” journey.

Thankfully, there’s never been an easier or more worthwhile time to go meatless in Philadelphia.

In the past decade, it’s become much more common for local restaurants to offer not just one vegetarian or vegan option, but a whole section — even an entire menu — free of animal products. Since 2012, Nicole Marquis’s small empire of plant-based restaurants, which includes Charlie Was a Sinner, Bar Bombón, and a handful of HipCityVeg locations, has made it more common for meat eaters to enjoy a vegan meal or two during the week. Vedge, the groundbreaking fine-dining restaurant from Rich Landau and Kate Jacoby, has proven for the past 10 years that vegetables can be just as indulgent and celebratory as any animal product. Veganish, which opened in early 2020 in West Philadelphia, has smashed the belief that plant-based fast-casual foods mean strictly salads and juices. Its menu — loaded with hefty sandwiches and mouthwatering burgers — provides comfort-food favorites, just without the meat and cheese. 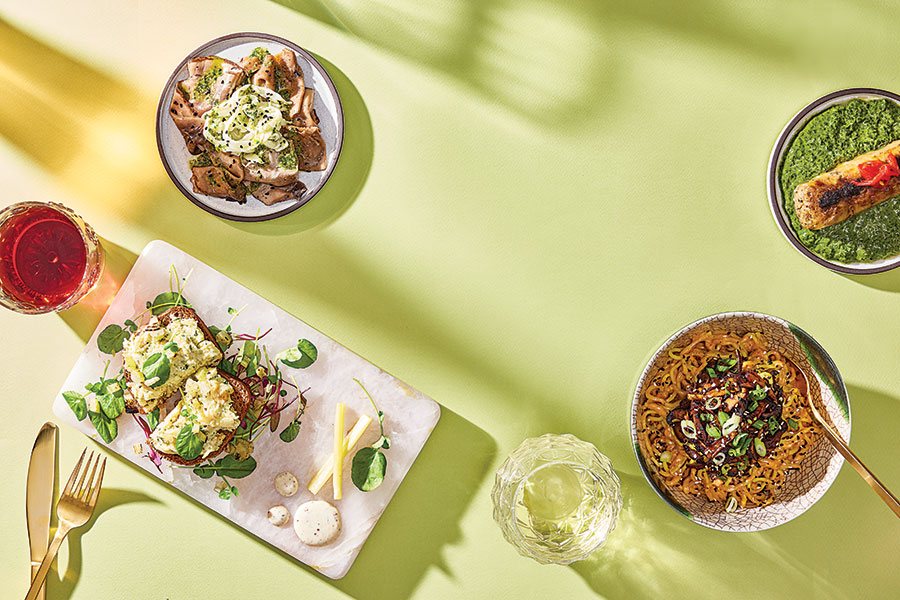 What worried me, though, was the day-to-day prospect of filling my stomach. Some of my go-to ingredients — chicken thighs, ground beef — would no longer be the centerpieces of my meals, and I’d bought into the massive cultural perception that veggie lovers lack enough protein. As Fisher says, “Plant-based meals were for the longest time looked at as just sad knockoffs of meat meals.”

To combat these myths and self-doubts, Fisher suggests thinking more about what I’m adding than what I’m taking away, to help promote an abundance mind-set. My vegan meals would emulate lunch spot Goldie’s approach and be so delicious that no one would even notice — or care — they were vegan. To this end, I steered mostly clear of meat replacement options like Impossible or Beyond Meat. Studies of the health impacts of these products are still under way, and I ultimately found it easier to get excited about a variety of dishes using new-to-me ingredients than a re-creation of my old preferences using meat analogs.

“Not only has my grocery bill gone down, but my focus has sharpened — a side effect research has shown is likely, since plant-based meals don’t require as much energy to digest as meatier ones do.”

To fill the holes where my former 1.4 pounds of weekly meat would have been, I sought out Philly Tempeh and Fresh Tofu, two local companies making fresh, nuanced products that have little in common with the grocery-store tofu and tempeh I’d previously encountered. I also took inspiration from cuisines that skew vegetarian and vegan. I’ve long enjoyed meatless meals at Hardena, so I bought Lara Lee’s Indonesian cookbook, Coconut & Sambal: Recipes from my Indonesian Kitchen, in hopes it might help me re-create some of my favorite dishes, like tempe manis and gado-gado. Judy Ni, owner of Baology, also recommended Home-Style Taiwanese Cooking, which she says reflects the cuisine of that country: meals that include some meat but are centered on filling, non-animal ingredients.

In the past, a pantry meal for me was a quick fried rice with a bit of ground meat, a few vegetables, and a drizzle of hot sauce. These days, I replace the ground meat with oseng tempe, which I put together quickly: A little fried tempeh and a simple glaze, and I’ve built far more flavor and texture into my meal than the ground meat could ever provide. Other nights, roasted eggplant drizzled with tahini and sprinkled with chopped nuts forms the backbone of my dinner. 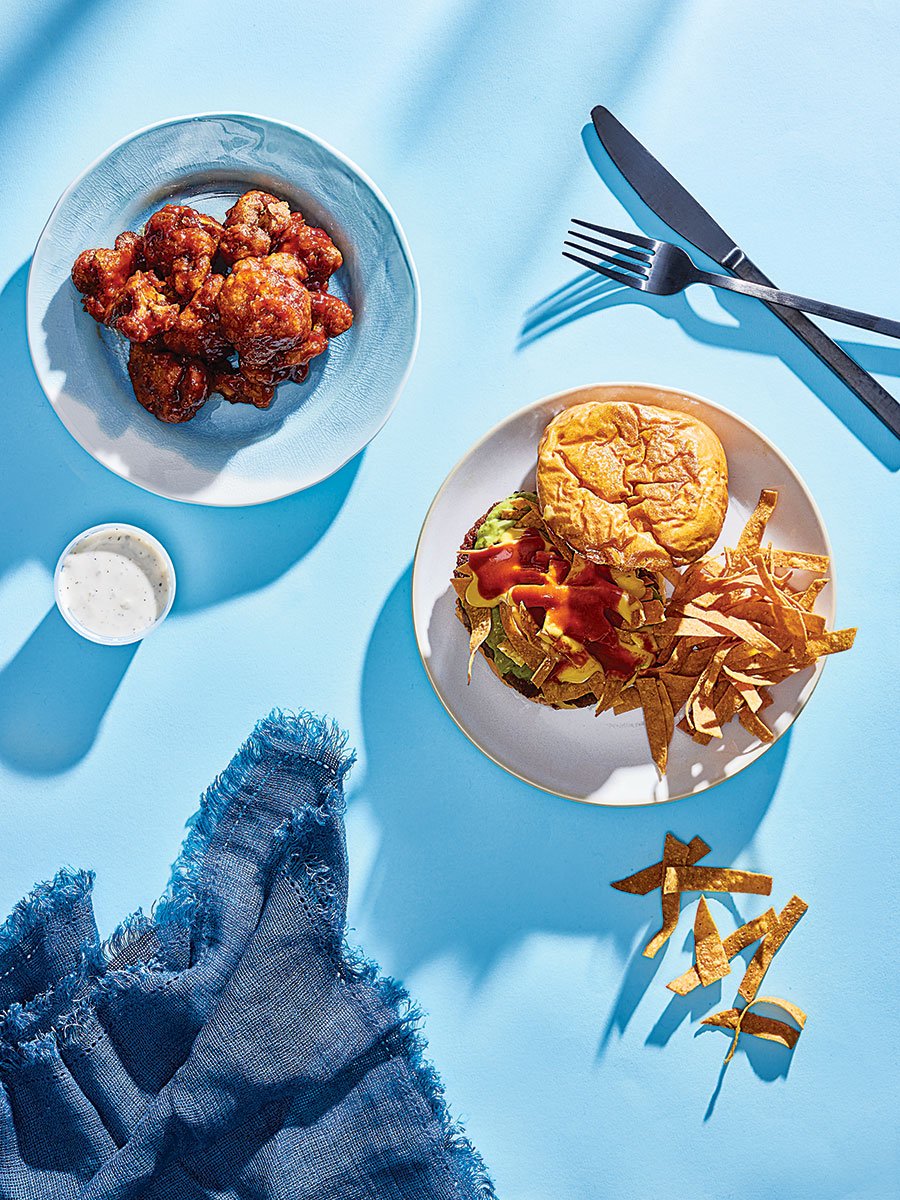 When I set out to reduce my meat intake, I assumed I would be calculating how much meat I was eating to the exact amount. Instead, I’ve simply added more plant-based options until they edge out the competition. Not only has my grocery bill gone down, but my focus has sharpened — a side effect research has shown is likely, since plant-based meals don’t require as much energy to digest as meatier ones do, helping your energy levels stay more consistent throughout the day. Some nights, though, I still crave a burger. When that happens, I eat one.

Ultimately, I’ve found that when it comes to food, flexibility is easier to sustain than rigidity — and more fun. Shifting my meat consumption hasn’t just bettered how I feel physically and helped reduce my carbon footprint; it’s brought more joy and variety to my meals, to my life.

When I embarked on this journey, I was most worried that missing meat would mean missing the fun. As it turns out, I was the one missing out.

Published as “Where’s the Beef?” in the Be Well Philly 2022 print issue.