Say Goodbye to the Rock ‘n’ Roll Half, and Hello to the Return of the Philadelphia Distance Run

The iconic race was beloved by locals and elite runners alike in the '80s and '90s. Now the annual event is back under the guidance of local organizers, who have big plans for it. 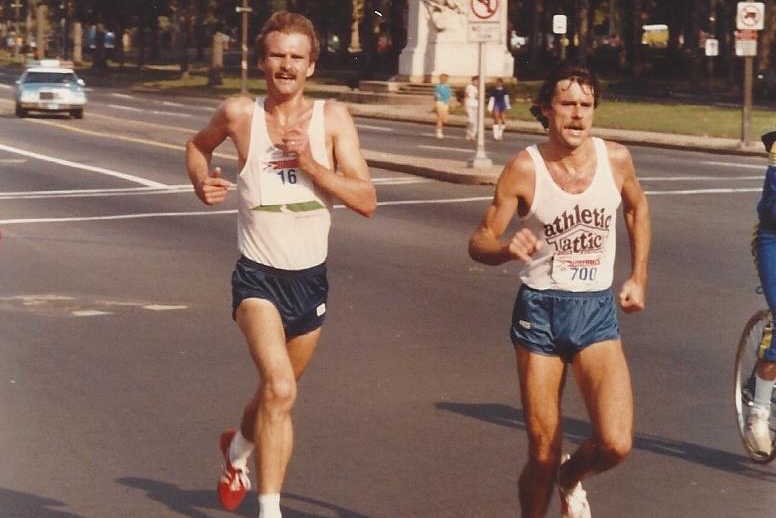 Big news for the local running community: The Philadelphia Distance Run (PDR), a road race that ran annually from 1978 to 2009, is coming back to the city this fall.

“It was an iconic race,” explains Ryan Callahan, president of Runhouse. “World records were set in Philadelphia at the PDR. It was considered one of the fastest half-marathons in the world. The best distance runners — all of these legendary fast ’80s runners like Mark Curp and Joan Benoit — were coming to Philly and setting records.” He’s right — the event saw quite the heyday in the 1980s, with famed Olympian gold medalists competing and world records set on the course.

Over the years the road race changed hands, and in 2009 the rights to the PDR were leased by the Rock ‘n’ Roll Marathon Series, owned by Competitor Group Inc. They, of course, turned the race into the Philadelphia Rock ‘n’ Roll Half Marathon that we’ve known up until recently. In the initial half of Rock ‘n’ Roll’s tenure, it was still an internationally competitive race, with records set by the likes of Mathew Kisorio, Deena Kastor and Kim Smith. But it didn’t have that classic homegrown Philly quality.

“That old-school running scene in Philly kind of left,” explains Callahan. “Nothing against Rock ‘n’ Roll, but when PDR left and a big corporation came in, it just wasn’t the same. I think the biggest races in the city having stakeholders who run, work, and live in Philadelphia is important. When a corporate entity from thousands of miles away is putting on an event in your town, it’s impossible to have the local community’s best interests always in mind.”

As it turned out, Rock ‘n’ Roll had leased the Philadelphia Distance Run from a board of six runners and stakeholders who owned the race and had been responsible for producing it in the ’70s and ’80s — one of whom was Tony DeSabato, Philadelphia Distance Run board member and one of the original race directors. (The other members are Mark Stewart, Gary Gordon — who notably ran over 40 PDRs — Rick Strouse, Roger Davis, and Cheryl Martin.)

When I reached DeSabato, who currently lives in Narberth, on the phone, he had just finished a brisk February run on Martin Luther King Drive. He reminisced about the race’s origins as we discussed its future.

“The Philadelphia Distance Run was Gene Martenson’s idea,” DeSabato says. “He wanted to run a premiere event in the city. The Distance Run was born — a race that was a precursor for runners in preparation for the New York City Marathon. We wanted the race to have a strong local flavor, to appeal to a regional and national audience, but also to be an elite competitive event. We invited world-class runners like Rob Dixon, Mark Curp, Joan Benoit. There were a lot of American and world records set. It was the go-to half marathon of the fall season. At the time, I considered it to be one of the premiere half-marathons in the world.”

Over time, the focus and objectives of the half-marathon changed. “Rock ‘n’ Roll transformed the nature of the race,” says DeSabato, “It became more of a participatory event rather than an elite road race.”

Rock ‘n’ Roll hosted the half until 2019; understandably, it canceled the 2020 half-marathon due to COVID. But the situation changed when the corporation preemptively canceled the 2021 race, too. Suddenly, no one was planning to host this half-marathon in Philly. And that meant an opportunity was on the table. Local running stakeholders starting doing some research — how could they get their hands on this race?

A partnership was formed between running businesses the Philly 10K, Philly Run Fest, Runhouse, and the nonprofit Students Run Philly Style, with support from Philadelphia Runner. The groups came together to address a potential golden opportunity together.

DeSabato and the rest of the original PDR board of runners had retired from directing the race, but, DeSabato explained, the lease would default to them if their lessee, Rock ‘n’ Roll, decided not to host the event — which it had decided to do in 2021. (The Rock ‘n’ Roll Marathon Series team did not respond to a request for comment by deadline.) The new local PDR-hopeful partnership addressed the board and pitched its vision for a new half-marathon. They won the lease, which will make the revived PDR a local affair once again.

“I’m thrilled to have this team involved,” DeSabato said, “I think they’re going to start to restore some of the original DNA of the race and take it in a new direction.”

Notably, the new PDR event is a hybrid nonprofit and for-profit entity. Students Run Philly Style, which pairs students with running mentors, is the beneficiary — but it’s also a shareholder that owns a third of the event. “Most races are for-profit, like Rock ‘n’ Roll, or they’re nonprofit, like the Susan G. Komen Race for the Cure, or they’re owned by the city, like the Broad Street Run and the Philadelphia Marathon,” says Callahan. “We’re using a hybrid model. The focus is on making the event world-class again but also using it as a vehicle to serve underserved communities and expand accessibility to running throughout the city.”

Some of the steps the group is considering to serve these ideals are distributing free bibs for low-income runners and having non-binary prize money match male and female category prize money in order to be more gender-inclusive. They’re also prioritizing minority-owned vendors when investing in race infrastructure and supplies. “We’re going to track vendor contracts over time,” says Callahan, “and intentionally prioritize minority-owned vendors. We’ll be releasing that data.”

The new PDR partnership is still waiting on route approval from the city — they’re hoping to create a super-fast flat course that will encourage elite runners to compete. As for participation, PDR is likely looking at around 7,500 to 8,000 runners in year one, but that cap could move based on COVID-19 safety protocols. (Full details of their plans will be released when registration opens in March.)

The group hopes the restored race will be significant for the future of the Philly running scene. “One of the most historically important races for Philadelphia has returned,” Callahan says, “and it’s back in the hands of Philadelphians who are invested in the running community.”

“I’m looking to see a restoration of what the race was, alongside new developments,” says DeSabato, “I don’t look at size as being the success of what a race is. I look at the quality of the experience, the quality of the competition, and the satisfaction from the local running community as the real metrics of success.”

One thing is for sure, a love of this race runs deep, and apparently transcends running community generations. Or maybe it’s a love of Philly — a pride in the declaration that yes, we can be world-class and hyper-local at the same time, and yes, we can do it all ourselves, thank you very much. As I messaged DeSabato for fact-checking follow-ups several times, I apologized for the bother.

He replied simply, “No problem. I could talk about PDR for a long time. I love it.”